Chris Zukowski: Steam can only promote up to around 500 indie games per year
20:40
Wargaming top manager called a terrorist by KGB Belarus
17:19
AI USE CASE: How a mobile game development studio saved $70K in expenses
27.01
Sensor Tower: Subway Surfers was most downloaded game in Q4 2022, but the Stumble Guys showed fastest growth
26.01
The Day Before loses its page on Steam. Developer cites trademark complaint
25.01
125 games industry professionals from 85 companies attended WN Connect business event in Belgrad
24.01
Blizzard caught up in scandal. Again. This time it is all about ranking its employees
24.01
Cyberpunk 2077 quest director Paweł Sasko on game’s non-linearity: “Players expected more because of the fact how The Witcher 3 is built”
23.01
Key success factors for ZERO Sievert, top-down extraction shooter that generated over $1 million in its first week
23.01
Dragon Age: Dreadwolf production director Mac Walters leaves BioWare after almost 20 years
23.01
All news
Industry News 03.09.2021 17:15

“Over the past year, thousands of Twitch viewers and creators have requested a new streaming category for content related to programming and all aspects of game development,” the streaming platform said.

Twitch noted that while “this new category offers an improved focus on development,” there are some additional stream tags that creators can use to “to classify their content further,” which will allow viewers to narrow their search.

Actually, Twitch had Game Development as a separate category for about two weeks after it was singled out from the previously existing Creative category. At the time, “we were averaging 7.1 new followers per hour under Game Development,” indie developer Pirate Software wrote on Twitter. Game Development, however, was quickly made part of the larger Science & Technology category, severing the former’s discoverability. 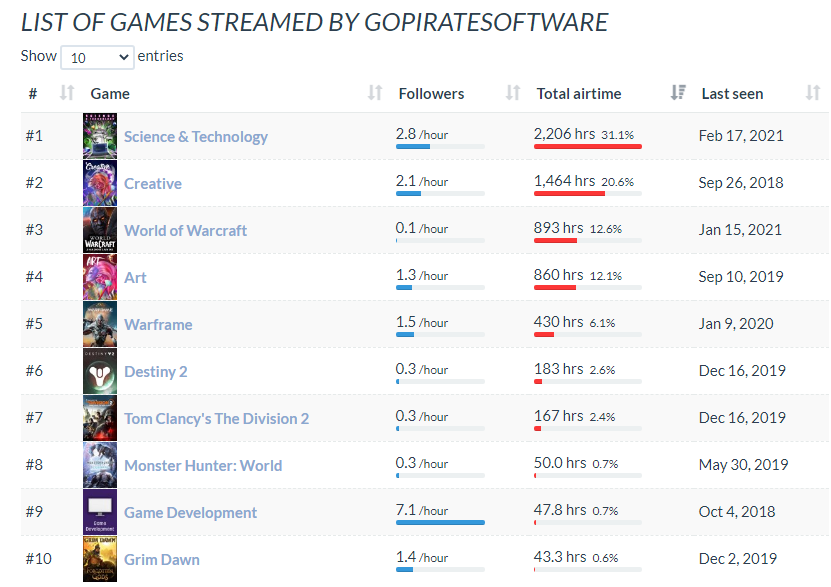 Back in February, the developer lamented that “If you search Game Development on Twitch right now the category doesn’t show up, neither do streams with the tag of Game Development, in fact… nothing shows up.” This compounds the discoverability issue and makes the category even worse for developers,” Pirate Software added. “We need Game Development back. It’s a simple change but it can help build a lot of new communities on Twitch. It can also make more money for indie devs and Twitch at the same time.”

So, in a way, the category has returned, rather than newly arrived. This happened after around 5k devs voted for the separation of Game Development and Programming from Science & Technology. “Holy hot damn we won. Thank you, Twitch, for making a Game Development category for all of us,” Pirate Software commented. “We pushed so hard and for so long to get this.“