Kickstarter has shared a report on video games for the first half of 2021. They raised $13 million on the platform in total. 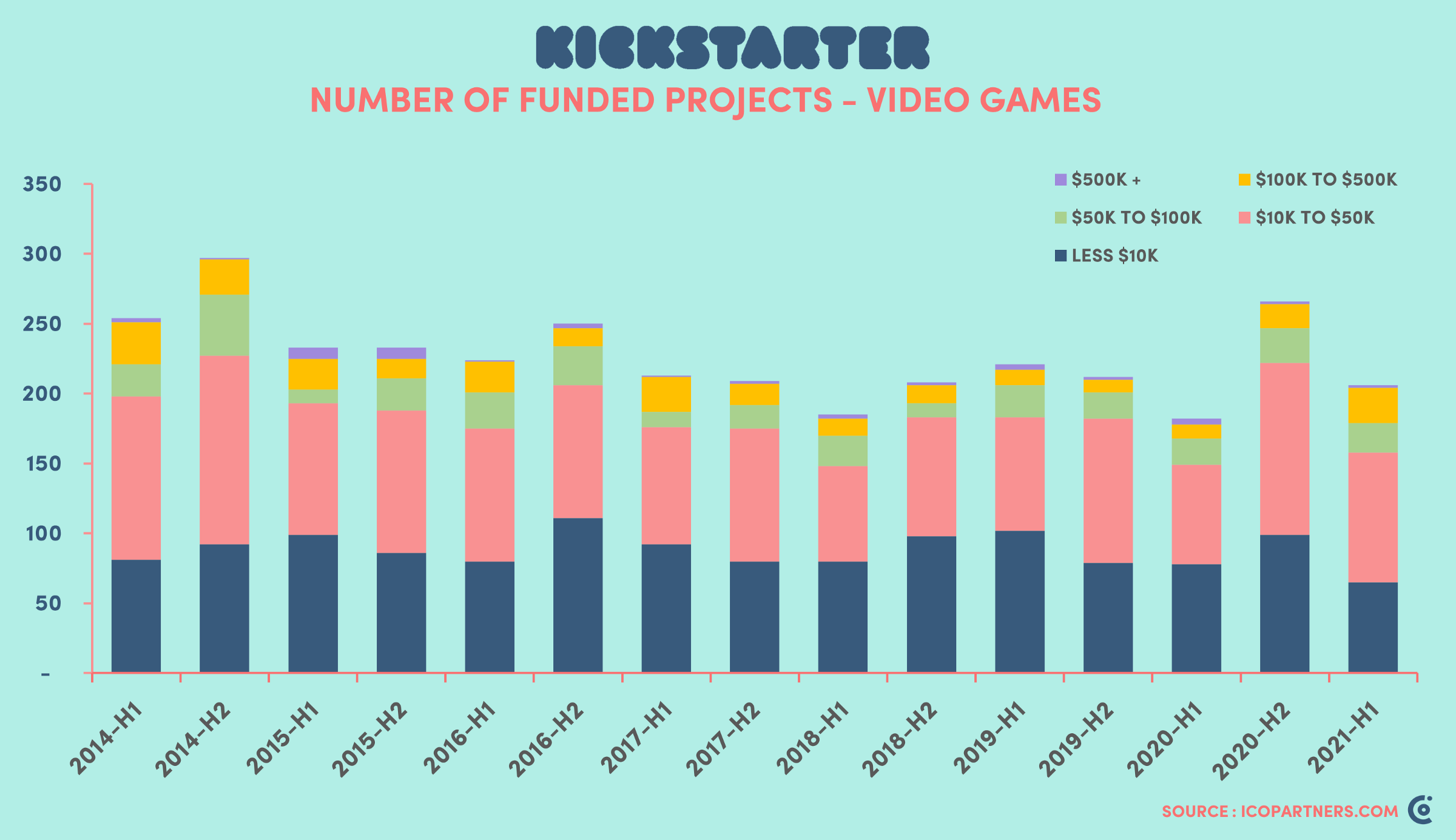 The full report, which also focuses on tabletop games, can be found here.