Dungeon crawler / dating sim Boyfriend Dungeon, in which you romance your weapons, came out on August 11 to immediately generate controversy over the sensitive themes it deals with. These include stalking, emotional manipulation and domestic abuse. 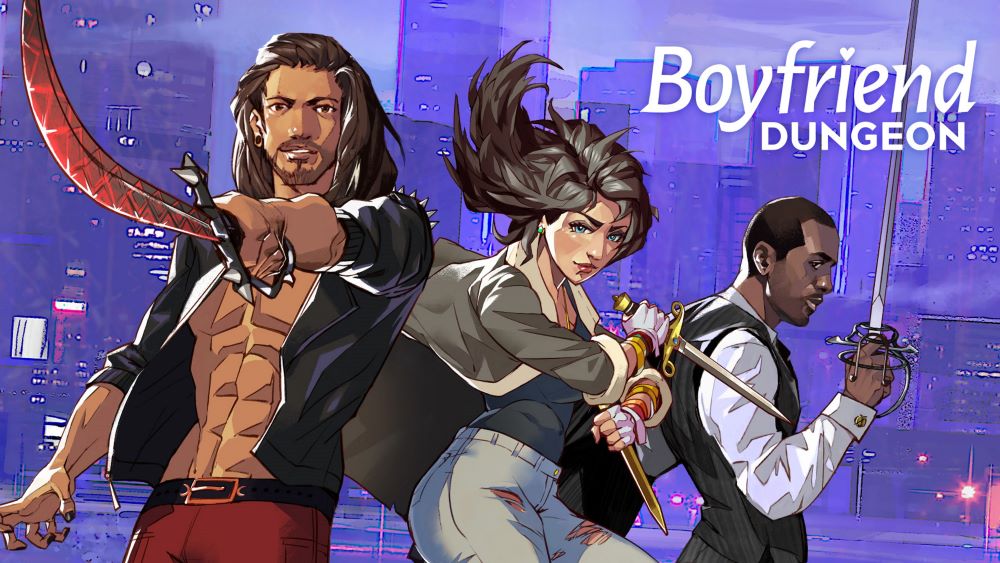 From day one, the game from Montreal-based indie developer Kitfox Games featured a content warning that read: “This game may include references to unwanted advances, stalking, and other forms of emotional manipulation. Play with care.” Additionally, the game offered players to toggle off supportive messages from a character called “Mom.” This was specifically included out of respect for players who might have traumatic relationships with their mothers. Still, some players felt they were not adequately prepared for what was to come over several hours of gameplay. One specific criticism, for example, was that the game didn’t warn players that they would have to unavoidably confront a stalker. Others, though, (and don’t click on the link if you want to avoid spoilers!) defended the devs: “Boyfriend Dungeon is a story about how dating involves risk, but it’s worth being vulnerable. If you’re uncomfortable playing a game with a character who is a stalker and who tries to emotionally manipulate you, I’m sorry but this game isn’t for you.”

On August 14, Kitfox responded with the following statement: “The content warning for Boyfriend Dungeon inadequately describes the events of stalking and emotional manipulation that exist in the story. We’ll update the game next week with a more accurate CW. We apologize for any hurt inflicted by our mistake. Thank you for playing!” And update it they did!

The August 17 patch has changed the language of the content warning to read: “This game’s story involves exposure to unwanted advances, stalking, and other forms of emotional manipulation,” the warning reads. “Play with care and take breaks as needed.” The update also removed “unnecessary reference to still-birth.” It also introduced content designed specifically for vegan players. The updated version is now available on Steam and Epic, with the itchio patch coming soon.

The title might just go down in history for raising the bar on the sensitivity design. But it also raises a lot of questions.

One of them is what the extent is of the freedom of artistic expression. A lot of players felt that a stalker character should not have been added in the game in the first place. (It’s curious, though, how another developer has recently come under fire for doing the exact opposite in an inexplicable act of self-censorship. That’s right, CDPR, I’m talking about you and your nudity-removing patches! There’s this huge post about nudity in Cyberpunk 2077 and how it wasn’t gratuitous, but in fact added to the story.)

Another interesting dimension to the Boyfriend Dungeon discourse is that the game features queer, poly, and asexual relationships, which begs the question if LGBTQ games are judged unfairly. Here’s a comment from a queer solo dev (no link for their own sake): “I’m willing to bet that lot of queer creators are looking at what’s going on with boyfriend dungeon and debating if they should sanitize the content of their public art just to avoid the public scrutiny that comes with “getting things wrong.” I know because I’ve done this. I’m not worried about Kitfox because they’re going to make their money back, but a lot of individual queer creators without public support and clout are going to deny themselves the opportunity to make commercial art.”

And then there is this separate discussion around content warnings and whether developers should increasingly use them. Many Twitter users are comparing the title to Persona 5, which “came with zero CWs that its first five hours revolve around the sexual assault/abuse of minors and an attempted suicide.”

All controversy aside, Boyfriend Dungeon is selling much better than the studio’s 2016 title Moon Hunters, according to Tanya X. Short, “the Captain” and game designer of Kitfox Games.

In conclusion, a lot of players found the game engaging. Perhaps, even too much. Some were so repulsed by one of the game’s characters they even started sending hate messages to the actor who voiced them. But that is a whole other issue our industry is yet to address.