Organic discovery and app store featuring to be declared dead in 2023, according to Deconstructor of Fun
18:13
Dwarf Fortress made $7.2 million in January, 44 times more than in all of 2022
15:59
PlayStation reports 53% Q3 revenue growth, driven by strong sales of consoles and third-party games
14:25
Tenjin and GameAnalytics release Q4 Hyper-Casual Games Benchmark Report
01.02
Chris Zukowski: Steam can only promote up to around 500 indie games per year
30.01
Wargaming top manager called a terrorist by KGB Belarus
30.01
AI USE CASE: How a mobile game development studio saved $70K in expenses
27.01
Sensor Tower: Subway Surfers was most downloaded game in Q4 2022, but the Stumble Guys showed fastest growth
26.01
The Day Before loses its page on Steam. Developer cites trademark complaint
25.01
125 games industry professionals from 85 companies attended WN Connect business event in Belgrad
24.01
All news
Industry News 02.08.2021 17:28

There is still a lot going on around Activision Blizzard. In our latest round-up, we report on Frances Townsend blocking her own employees on Twitter, a story about the so-called “misogyny tax” against the company, and a former Diablo developer urging to create unions. 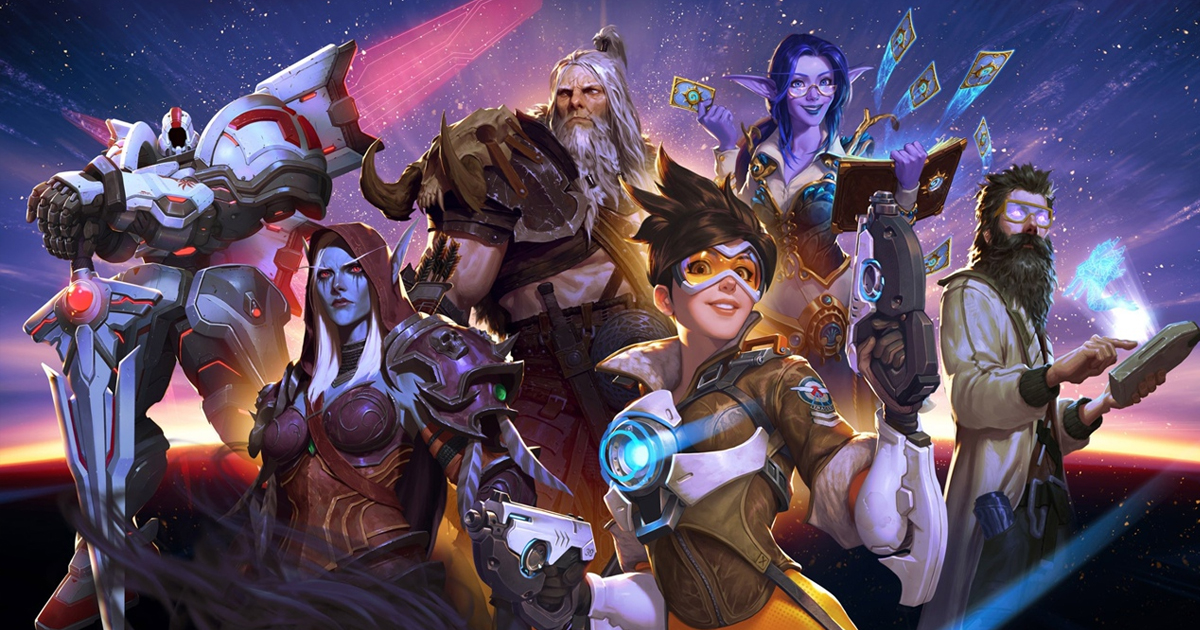 According to a Vice report, security researcher Emily Mitchell was harassed by Blizzard in 2015, when she was looking for a job and approached the company’s recruitment booth at the Black Hat security conference.

Two years later, Blizzard reached out to Sagitta HPC (it is now called Terahash) to hire the firm for security work. Coincidentally, Mitchell was COO at the company at the time and shared her negative experience with Sagitta HPC CEO and founder Jeremi Gosney.

Nevertheless, Gosney agreed to work with Blizzard but set some special conditions. One of them was the so-called “misogyny tax.”

“Blizzard will be charged a 50% “misogyny tax”, the proceeds of which will be donated to Women in Technology International, Girls in Tech, and Girls Who Code,” Gosney’s email read. He also demanded the company to write a formal apology to Mitchell and become a Gold Sponsor of the Grace Hoper Celebration of Women in Computing 2017 conference.

According to Gosney, Blizzard didn’t agree to any of his terms, only making a lot of “empty promises” about internal investigations and sexual harassment training.

Vice wasn’t the only major outlet to share new stories about harassment within Activision Blizzard. New reports were published by The New York Times, IGN, and other websites.

On July 30, former Blizzard developer and founder of Undead Labs Jeff Strain shared a letter about the Activision Blizzard scandal with IGN. In the text titled “It’s time,” he said that he wasn’t surprised to see the harassment reports, saying that the company’s toxic culture made him leave and found his own studio.

Strain joined Blizzard in 1996, working as a developer on StarCraft, Diablo, Warcraft III, and being a lead programmer on World of Warcraft. After leaving the company, he worked on Guild Wars at NCsoft. In 2009, Strain founded Undead Labs, known for survival game State of Decay.

In the letter addressed to his own employees, Strain said that the games industry needs unionization.

“Unions were started in this country to protect workers from abusive, cruel, abhorrent, unacceptable and illegal treatment from companies,” he wrote. “That’s their entire purpose. If this week does not show us that our industry colleagues — even the most entry-level QA tester — need true support and baseline protection, I can’t imagine how much worse it will have to get.”

According to Strain, if a company treats all of its employees fairly and equally, it shouldn’t be afraid of people creating unions.

“The problem with whistleblowing”

On July 30, former Homeland Security advisor for George W. Bush and Activision Blizzard’s current chief compliance officer Frances Townsend shared an article by The Atlantic on Twitter, which was centered around the “problem with whistleblowing.”

In the wake of her calling the lawsuit against the company “meritless and irresponsible,” a lot of people criticized her position. Soon after the publication, Townsend started to block people for their responses.

According to Jason Schreier, there were multiple Activision Blizzard developers among them. “I personally am a big fan of blocking people on Twitter for mental health, but a C-suite executive blocking her own employees is one I haven’t seen before,” he wrote.