John Carmack on video game preservation and why companies suffer more harm by destroying something dear to players
06.02
Jeff Gaimon on expanding EA Originals beyond just indie games: “It’s like a menu. It depends on what devs want”
06.02
Microsoft’s chances of clearing Activision Blizzard deal in US and Europe to fade away if UK watchdog decides to block it
06.02
It Takes Two hits 10 million unit sold. “Nobody expected this,” says Josef Fares
03.02
Over 1 million Chinese players apply for refunds due to expiration of Blzzard’s agreement with NetEase
03.02
NCSoft West lays off 20% of employees as part of ‘global realignment’
03.02
Organic discovery and app store featuring to be declared dead in 2023, according to Deconstructor of Fun
02.02
Dwarf Fortress made $7.2 million in January, 44 times more than in all of 2022
02.02
PlayStation reports 53% Q3 revenue growth, driven by strong sales of consoles and third-party games
02.02
Tenjin and GameAnalytics release Q4 Hyper-Casual Games Benchmark Report
01.02
All news
Industry News 30.07.2021 17:13

A redditor posted a story about the cancellation of a AAA game they’ve been working on for a few years. The thread went viral, with other users sharing their own experiences of developing high-budget projects and being shackled by different NDAs. 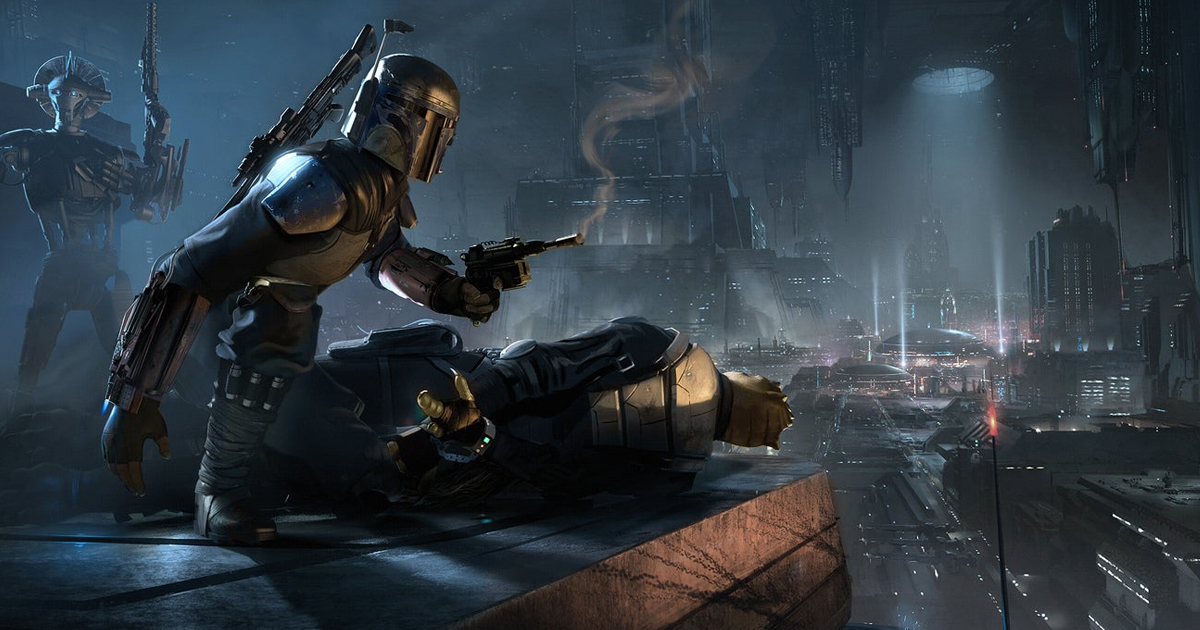 Gustavo Mendonca’s concept art for Star Wars 1313, which was cancelled in 2013

The user didn’t mention a company or the game’s name, only saying that it was a “well-established Western fantasy IP.”

“It seems like a bad dream honestly, that is 2-3 years of production costs gone and also a lot of staff being made to find a new project or job,” the message reads. The redditor, whose team was dismissed, also asked the community how often situations like this happen in the games industry.

According to dozens of replies, it is a pretty common practice, unfortunately. “This happens all the time and it used to happen a lot more in the early 2000s,” one user wrote. “I worked on ~3 unreleased projects in a row.”

Other developers also shared their stories. One person worked on two unreleased MMOs. Another user said that they faced cancellations of four AAA games and were mentioned in the credits of only one title while working at that studio.

Some people highlighted NDAs as another major problem of working at AAA studios. Due to the restrictions, developers can’t say anything about their projects for a long period of time and mention them in their CVs.

“The most irritating thing is not being able to use any of your work in a portfolio, and it can be difficult talking about what you worked on with NDAs and so on,” one user noted.

Another person with a 20-year experience said that these agreements made his CV look blank. “And every single AAA I’ve been in it’s an unknown legend,” the message reads.

On the subject of cancelled games again, here is a message one user wrote (although his words can’t be confirmed): “A colleague of mine tells me that in Blizzard’s data archives there are a dozen or so games that reached ~90% completion that ended up getting shelved because […] they came to the sad conclusion that the game just wasn’t as fun as the minimum bar they set themselves, and it fundamentally couldn’t be made as fun as required.”

You can read other stories in the original thread.

You might also want to check out this talk by game designer/writer/director Josh Sawyer, in which he also addressed cancellations and NDAs in the context of working at a big studio.