In 2021, the video games industry has seen 635 deals announced and/or closed that are worth a combined $60 billion. 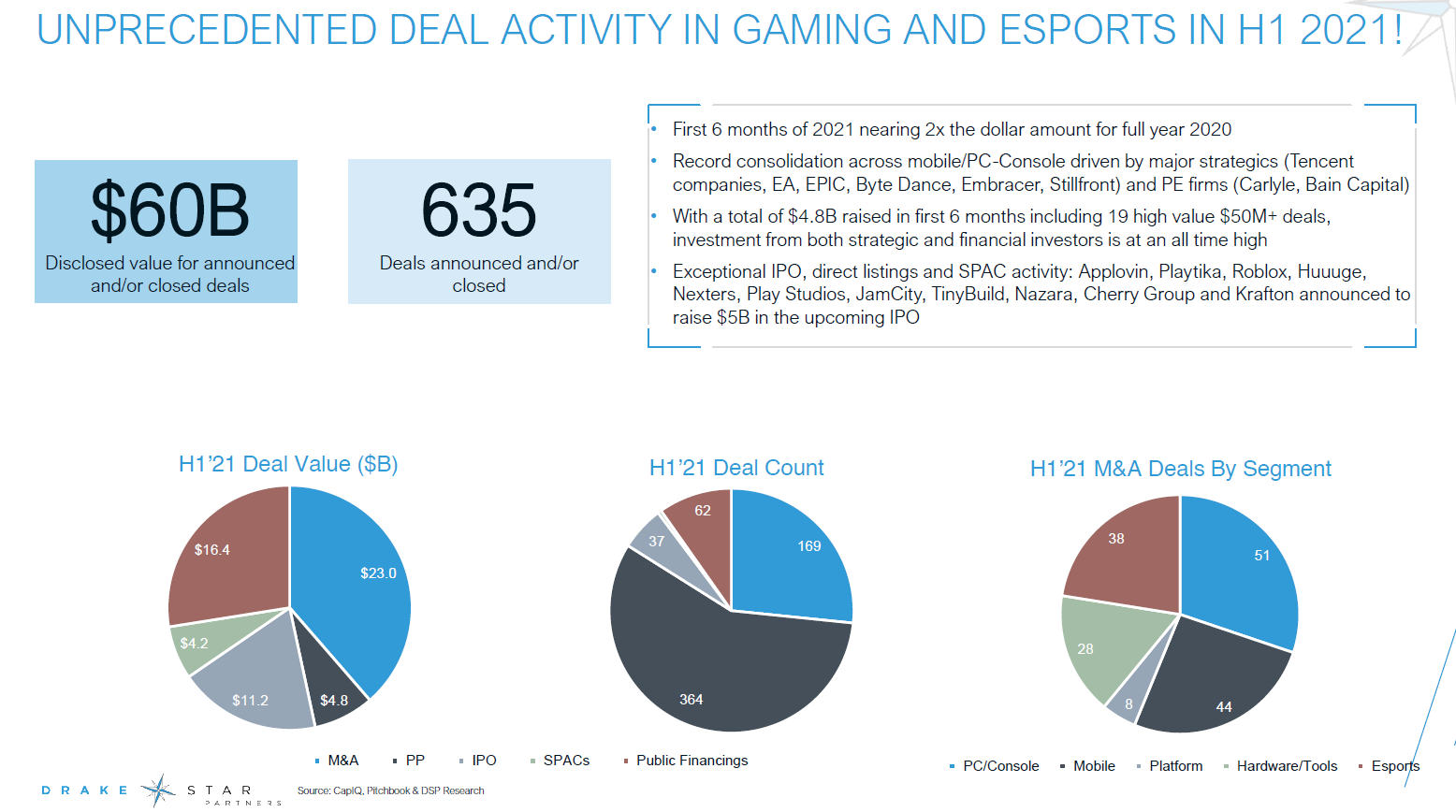 The estimate came from investment bank Drake Star Partners, which also pointed out that the $60 billion reached during the first half of 2021 is nearly twice as much as the amount invested in all of 2020 ($33.6 billion).

Zooming in on the M&A deals by platform, the PC/console segment took the lead with 51 M&As, followed by 44 in mobile. Esports accounted for 38 M&As.

The biggest deal closed in the first half of 2021 was, of course, the Zenimax acquisition by Microsoft for $7.5 billion.