Organic discovery and app store featuring to be declared dead in 2023, according to Deconstructor of Fun
02.02
Dwarf Fortress made $7.2 million in January, 44 times more than in all of 2022
02.02
PlayStation reports 53% Q3 revenue growth, driven by strong sales of consoles and third-party games
02.02
Tenjin and GameAnalytics release Q4 Hyper-Casual Games Benchmark Report
01.02
Chris Zukowski: Steam can only promote up to around 500 indie games per year
30.01
Wargaming top manager called a terrorist by KGB Belarus
30.01
AI USE CASE: How a mobile game development studio saved $70K in expenses
27.01
Sensor Tower: Subway Surfers was most downloaded game in Q4 2022, but the Stumble Guys showed fastest growth
26.01
The Day Before loses its page on Steam. Developer cites trademark complaint
25.01
125 games industry professionals from 85 companies attended WN Connect business event in Belgrad
24.01
All news
Industry News 01.04.2021 16:57

Three Kingdoms Tactics has already become one of the top-grossing mobile games on iOS of 2021. Overall, the Alibaba-published title reached $1.2 billion in lifetime revenue.

According to Sensor Tower, Three Kingdoms Tactics has earned $194.8 million in 2021 so far. It helped the title become the 5th top-grossing iOS game globally and the highest-grossing 4X strategy on the App Store, leaving competitors like Rise of Kingdoms and State of Survival behind.

Three Kingdoms Tactics has become Alibaba’s most successful mobile game ever since its release in September 2019. It is now only available in eight countries, with China accounting for 96.2 percent of the game’s total revenue on iOS alone. It is also worth noting that Google Play users generated only 1.8 percent ($21 million) of the total revenue globally. 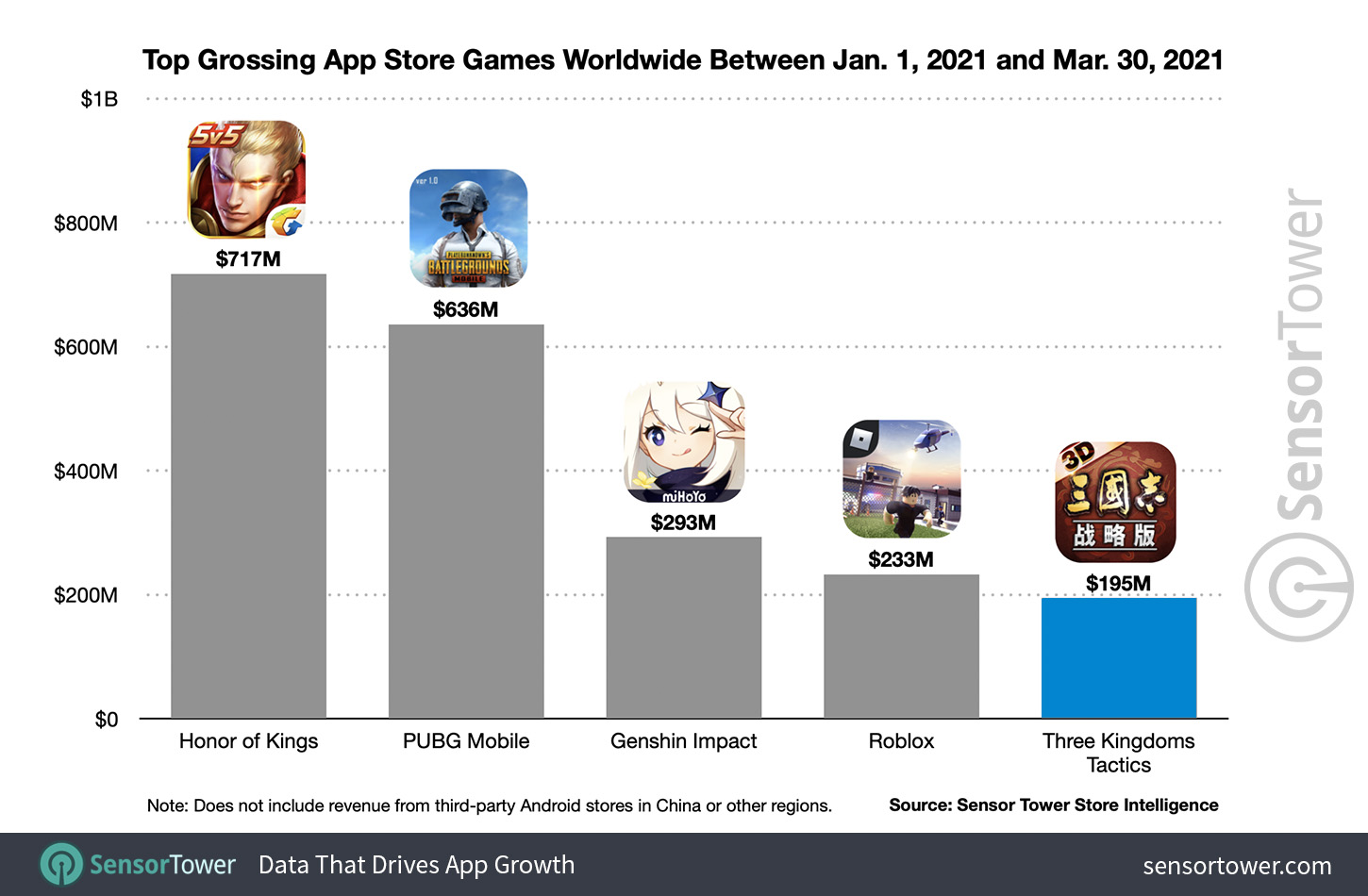 Sensor Tower also points out that four of the top five highest grossing games on the App Store are published by Chinese companies. It is another proof of the country’s huge influence on the global video games market.