The cloud gaming market is on the way to surpass a billion-dollar mark for the first time ever in 2021. According to a Newzoo report, it will reach $1.4 billion in revenue by the end of this year.

This forecast is much higher than the previous year’s results of $633 million. The analysts say that the cloud gaming market might surpass the $5 billion mark in 2023, as “technology and infrastructure continue to improve.”

Newzoo also expects cloud gaming’s serviceable obtainable market to hit almost 200 million this year. The analysts point out that the ecosystem is now more complex than ever before, with more publishers, platforms, and content services constantly appearing in the market. 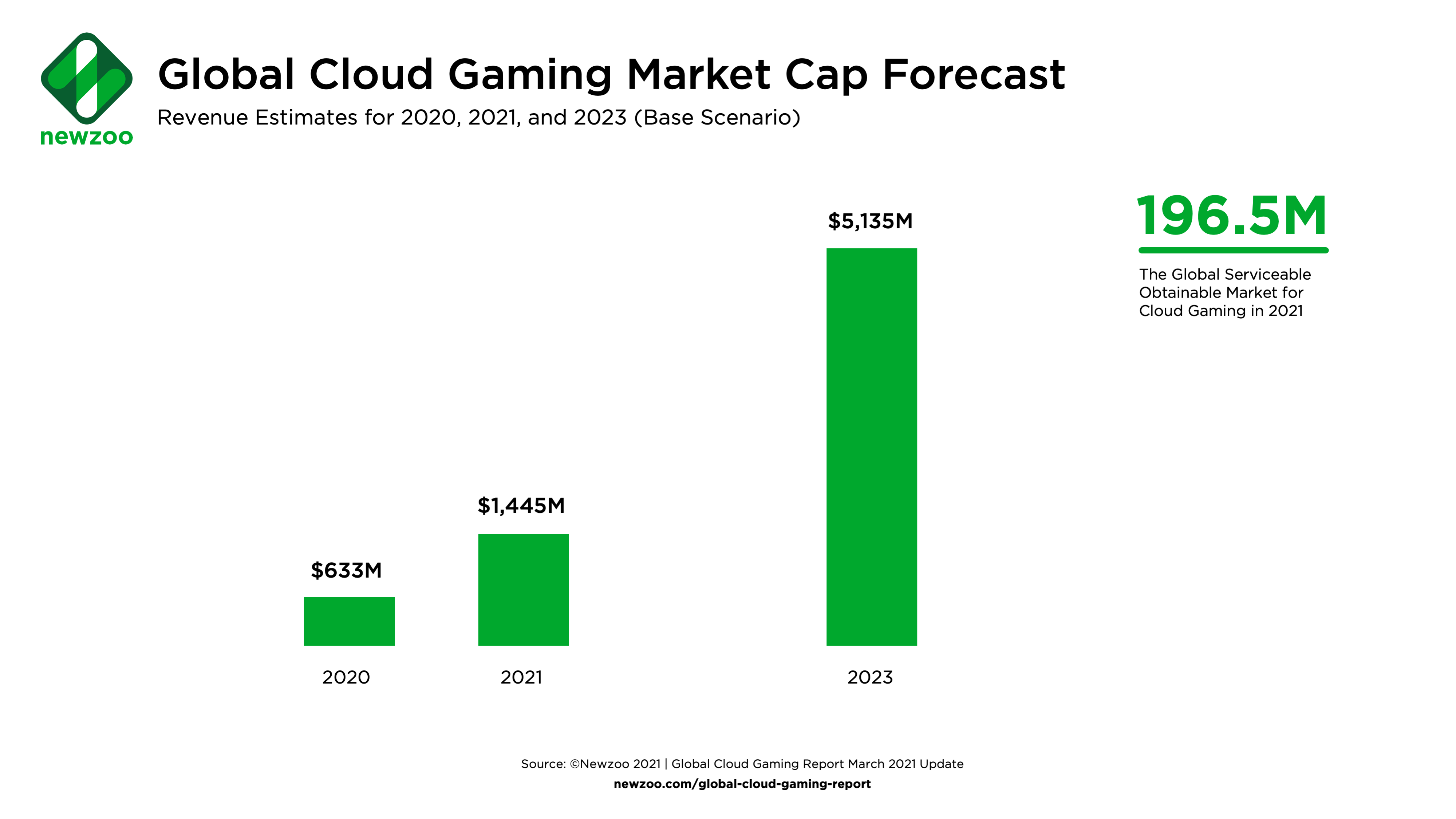 Video game companies become more and more active in this field, which is one of the main drivers of the growth. For example, Microsoft launched xCloud as part of Xbox Game Pass Ultimate; NVIDIA managed to add over 800 games to GeForce Now; Facebook and Amazon launched their own services.

Newzoo expects 23.7 million people to use cloud gaming services by the end of 2021. Despite the initial pessimistic revenue scenario, analysts call this market unequivocally promising. “Simply put, cloud gaming is here to stay, and its importance and prominence will only grow,” Newzoo reports.