As part of WN Dev Contest, we are discussing the industry with the jury members. In this installment, we catch up with Anton Ravin, Commercial Director at 1C Publishing EU. 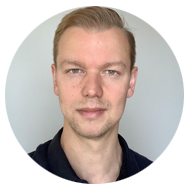 GWO: What would you say are the typical mistakes fledgling devs make when working on a game?

Anton: The biggest “mistake” that I could think of, and have seen happening a lot, is taking on a project that is far larger compared to what the team was able to achieve in the past. This is a sort of a one-size-fits-all kind of mistake — we can see tiny new game developers making this mistake. And we can also see some renowned successful companies making this mistake just the same.

In case we’re talking specifically about indie game developers — I would say that a common issue is that the team does not really know what kind of game they are going to develop exactly. There’s often no GDD, no codified development plan, and the team is just trying to snap something together as it goes — this approach results in unfinished projects more often than not.

And I suppose marketing strategies differ dramatically for AAA games and indie titles?

AA and AAA are at major advantage on one hand, typically being based on a well-known IP, having visual fidelity and polish to naturally attract the audience. Also as a consequence of high development budgets, AA and AAA enjoy far larger marketing budgets compared to indie games. Typically we can see these budgets being spent across various types of marketing activities, so that it’s quite diversified, since AA and AAA are typically aiming to hit a wide audience. These titles get the entire portfolio of paid ads (TV to Facebook and on), exposure at consumer events, extended social media and influence coverage. As well as typically good exposure at the point of (digital, retail) sale. In short, large budgets drive diversification in the forms and types of marketing done. Therefore, as a publisher you need more people with different specialization involved in the go-to-market process. Obviously, this all results in very high costs and very high commercial risks.

The smaller the game, the lower the risk, then?

Indie games are a very high initial risk, since the vast majority of them fail completely. However, with relatively small development budgets and consequently small marketing budgets – indie games can sometimes be very lucrative as well.

In terms of marketing budget – it’s all about razor sharp focus and creative marketing. Creative marketing is always a gamble in the end of the day, since you can’t be sure if that specific creative approach is going to work. What’s left beyond creative is the ability to get coverage free of charge and the ability to spend relatively small marketing budgets efficiently. With a small budget you often can’t diversify your activities much and have to focus on something, like influencers, or Facebook advertising or events. Or something else. Depending on what makes sense for a specific project. Perhaps you already have direct contact with a fitting audience or can cross-promote this new indie game via your other titles at the point of sale. In such cases, there would be a lot of work involved in the process, it would require a solid network and prime expertise to achieve efficiency – however direct monetary costs would be minimal.

While we are on the subject of indie marketing, developers often choose to let the publisher handle it. Should the developer ask for a specific budget that the publisher undertakes to spend on marketing? Should they even bring it up during the talks?

Yes, marketing budgets are typically discussed during the negotiation process. From my stand of point it is pointless to tie up a deal to a specific sum of money set aside as a marketing budget. I think that the right question a developer should ask is: how do we run this efficient campaign for my title ? There should be a realistic plan in place – a budget should derive from this plan, not the other way around. I think that we all understand that it is in nobody’s interest to spend large amounts on things that don’t make sense, right?

Speaking of realistic plans, there are devs out there who want to make something phenomenally big. Another Witcher or The Elder Scrolls. How do publishers view these ambitions, should they be encouraged?

Despite being a business guy, I completely support this passion for excellence, and I advice all game developers to dream big. Build you vision and work out the details of your dream. And once you do, you can start deconstructing it into parts of a practical plan. Your dream project must be truly thought through and very well codified (a GDD for example)! Otherwise, most probably it’s going to end up an empty dream and a waste of time.

However, if you’re serious about pursuing your dream, then it’s achievable. Split it up into parts and work on the parts that you can achieve right now. And then, who knows, perhaps 10 years from now the technology will change, and you’ll be able to finish up the parts that are out of your reach right now. Or 20 years later the workforce that you require will become more affordable. Or 30 years later you’ll win a lottery. It is a dream project after all – might very well take a lifetime to achieve.

Lastly, what kind of games are you looking for at the contest?

I’m looking for innovative PC and console games and could be a fit for our audience. We’re focusing on Strategy, RPG and FPS.