Tenjin and GameAnalytics release Q4 Hyper-Casual Games Benchmark Report
01.02
Chris Zukowski: Steam can only promote up to around 500 indie games per year
30.01
Wargaming top manager called a terrorist by KGB Belarus
30.01
AI USE CASE: How a mobile game development studio saved $70K in expenses
27.01
Sensor Tower: Subway Surfers was most downloaded game in Q4 2022, but the Stumble Guys showed fastest growth
26.01
The Day Before loses its page on Steam. Developer cites trademark complaint
25.01
125 games industry professionals from 85 companies attended WN Connect business event in Belgrad
24.01
Blizzard caught up in scandal. Again. This time it is all about ranking its employees
24.01
Cyberpunk 2077 quest director Paweł Sasko on game’s non-linearity: “Players expected more because of the fact how The Witcher 3 is built”
23.01
Key success factors for ZERO Sievert, top-down extraction shooter that generated over $1 million in its first week
23.01
All news
Industry News 01.12.2020 17:43

Brief history of InnerSloth: Three attempts to abandon Among Us

A new video was posted by the ThatGuyGlen YouTube channel detaling the development of Among Us. The video highlights the arduous path InnerSloth had to take towards the global success that Among Us is today.

The team that today consists of designer/artist Marcus Bromander, programmer Forest Willard, and artist Amy Liu, started as a duo of Marcus and Forest. Their first project was something the devs themselves describe as “Nuclear Throne, but not good.” So, after a year of development, they dropped it.

Their next project took three months. It was a mobile game titled Dig2China! which came out in January 2015. 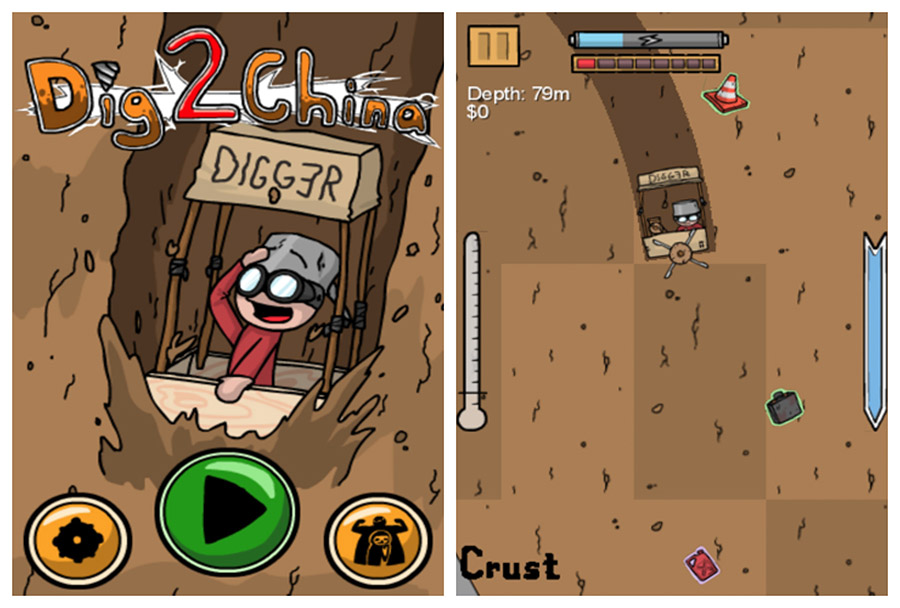 In December 2015, Marcus and Forest started working on a project titled Deitied. It was a local-multiplayer, twin-stick deathmatch game where players would gain favor with gods each round or be punished by them. That’s when Amy joined the team to help with the artwork. The trio submitted the playable build to Steam Greenlight. And to their suprise, it got greenlit in June 2016. Players, however, immediately were frustrated with the game’s many flaws as the build was essentially work in progress.

The development went on until October 2017, when Forest quit his full-time job at Microsoft to fully focus on Deitied. Nevertheless, after spending a week rebuilding old assets and iterating on the concept, the team realized the game simply wasn’t that interesting.

The failure of Deitied convinced the team to start developing a new game. They decided to build it on the Unity engine since it was already familiar to them from their previous title. All the artwork and animations were done with Adobe Animate, formerly known as Flash. This new game was Among Us.

The project wasn’t off to a great start. Originally, Among Us was a local multiplayer game, and it broke every time players joined the lobby. Moreover, at that time, the game didn’t have any sound effects. Since players had to be in the same room, sounds could have given away what each of them was doing. This version of the game also featured one map only.

In June 2018, the team launched an open beta on mobile. It also didn’t perform quite well, but the feedback from mobile players convinced InnerSloth to implement online multiplayer.

In August 2018, the studio rolled out an online multiplayer beta version of the game on Itch.io. With online matches enabled, they could now implement sound effects.

On November 16th, 2018, Among Us came out on Steam, and the team now considered the game to be out of beta.

Thousands of players played the title by the end of 2018. Their feedback helped the devs further improve the game. Sadly, Among Us was barely making any money. That’s when the team decided to abandon their game and try something new.

However, in early 2019, the game was discovered by streamers who quickly made it a hit on YouTube.

By May 2019, Among Us hit 1 million downloads. This prompted InnerSloth to add more content. On August 8th, 2019, they released the second map Mira HQ. The third map, called Polus, was added on November 12th, 2019

After that, the studio decided that Among Us was now a complete game and no new content should be added. 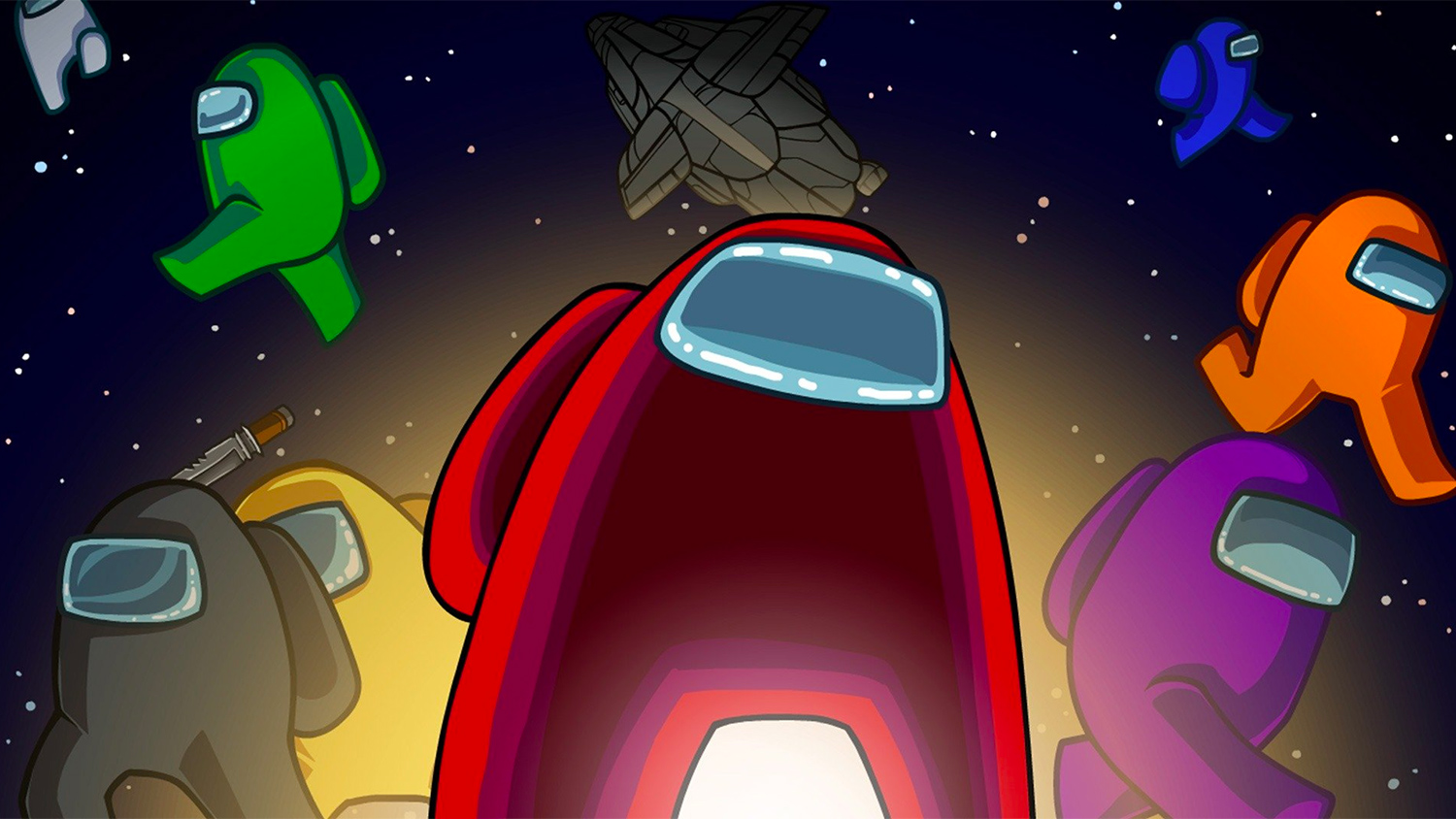 Among Us goes viral. Attempt to quit #3

Yet again, the streaming world stopped the team from abandoning the game. A UK-streamer called Kaif and his friends started streaming the title generating a new wave of European players, especially on Steam.

In February 2020, Steam reached out to the team for a daily deal on the storepage which InnerSloth took. Each of the two days of the daily deal period produced an entire month of sales that persisted over the next months. Later that year, the developers decided to do a Steam Summer Sale, and that’s when Among Us started to go viral.

The streamer Sodapoppin started playing the game in the middle of July 2020 broadcasting it to millions.

These numbers convinced the team to start developing Among Us 2. On August 18th, 2020, InnerSloth announced that Among Us was never meant to handle the big numbers of concurrent players. Moreover, adding further content, without breaking the game, was too challenging.

InnerSloth change their minds again. Plans for Among Us

On September 23rd, 2020, however, the studio cancelled Among Us 2 when they realized that making a sequel would mean that players would have to wait several months or years for the new content. Will the game still be popular when it arrives? The team decided not to risk it. They now plan to gradually expand Among Us with the ideas they had for the sequel.