John Carmack on video game preservation and why companies suffer more harm by destroying something dear to players
06.02
Jeff Gaimon on expanding EA Originals beyond just indie games: “It’s like a menu. It depends on what devs want”
06.02
Microsoft’s chances of clearing Activision Blizzard deal in US and Europe to fade away if UK watchdog decides to block it
06.02
It Takes Two hits 10 million unit sold. “Nobody expected this,” says Josef Fares
03.02
Over 1 million Chinese players apply for refunds due to expiration of Blzzard’s agreement with NetEase
03.02
NCSoft West lays off 20% of employees as part of ‘global realignment’
03.02
Organic discovery and app store featuring to be declared dead in 2023, according to Deconstructor of Fun
02.02
Dwarf Fortress made $7.2 million in January, 44 times more than in all of 2022
02.02
PlayStation reports 53% Q3 revenue growth, driven by strong sales of consoles and third-party games
02.02
Tenjin and GameAnalytics release Q4 Hyper-Casual Games Benchmark Report
01.02
All news
Industry News 22.09.2020 13:56 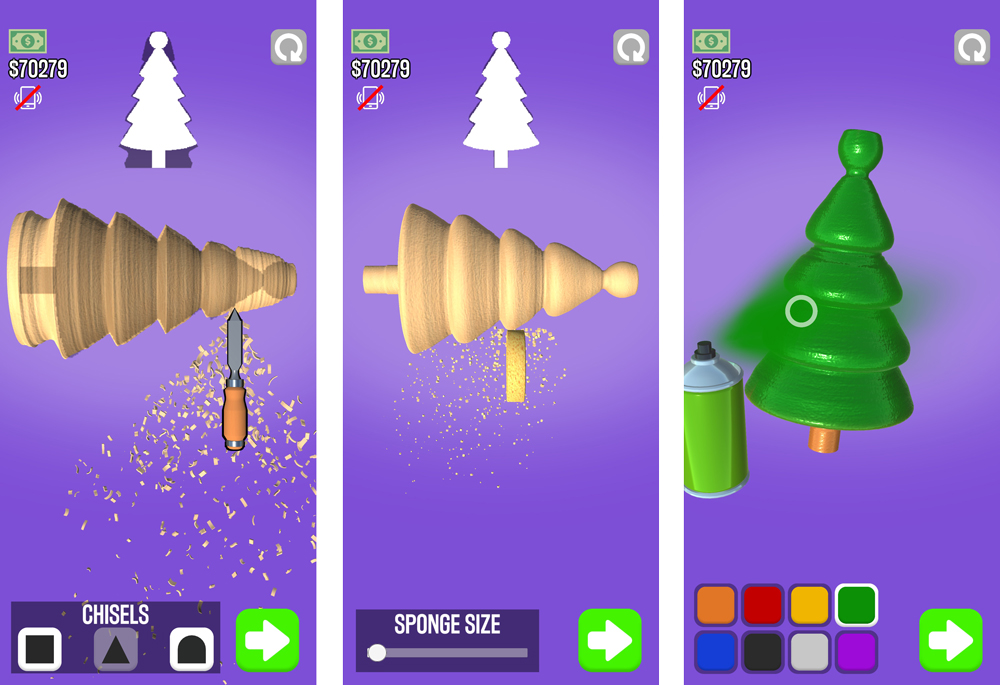 In January 2020, Hero updated its wood carving game Wood Shop introducing new features that, according to Voodoo, cloned characteristic elements of Woodturning. These included “polishing and painting stage and the use of real-world objects rather than abstract shapes,” as reported by The Financial Times. Following Wood Shop‘s January update, Voodoo filed a takedown notice. After Hero and Rollic refuced to remove the game from the app stores, Voodoo brought the matter of the alleged plagiarism to a Paris court. This month, the legal battle culminated in a ruling in Voodoo’s favor.

Rollic and Hero Games will now have to pay Voodoo €125,000 in economic and reputational damages for “unfair competition and parasitism”. Wood Shop will also be removed from Google Play and App Store, while its developer and publisher will have to post an announcement about the ruling in three newspapers or magazines that Voodoo chooses.

The ruling sets an important precedent for the hyper-casual market plagued by cloning.

“For us [at Voodoo] it’s important to have legal precedent. We want to sanitise the market of these practices,” said Voodoo’s legal counsel Nassim Ameli-Jouffroy. “There is very little precedent in the hyper-casual sphere about where the line is to protect your games.”

As for other measures against clones, Voodoo is investing “heavily into a game that is being copied so that the road-map is quicker and so that the original is always better than its copy.”