GameRefinery: Match3 takes lead in US iOS market with 21% of its revenue

Match3 games generate 21% of all US iOS revenue, which makes it the biggest subgenre in the region. This is according to GameRefinery’s latest genre snapshot report.

Among other key points, the report underscores that Match3 is a mature market. 81% of the top-grossing 200 Match3 games are more than two years old. Candy Crush is still the undisputed king of Match3 with approximately 1⁄4 market share in the US, but both of Playrix’s Scapes-games have stolen market share (both downloads and revenue) from King’s more traditional Match3 games.

Finally, GameRefinery dissects key player motivational drivers for the different Match3 game types. This is possible thanks to a new feature the company introduced last week. 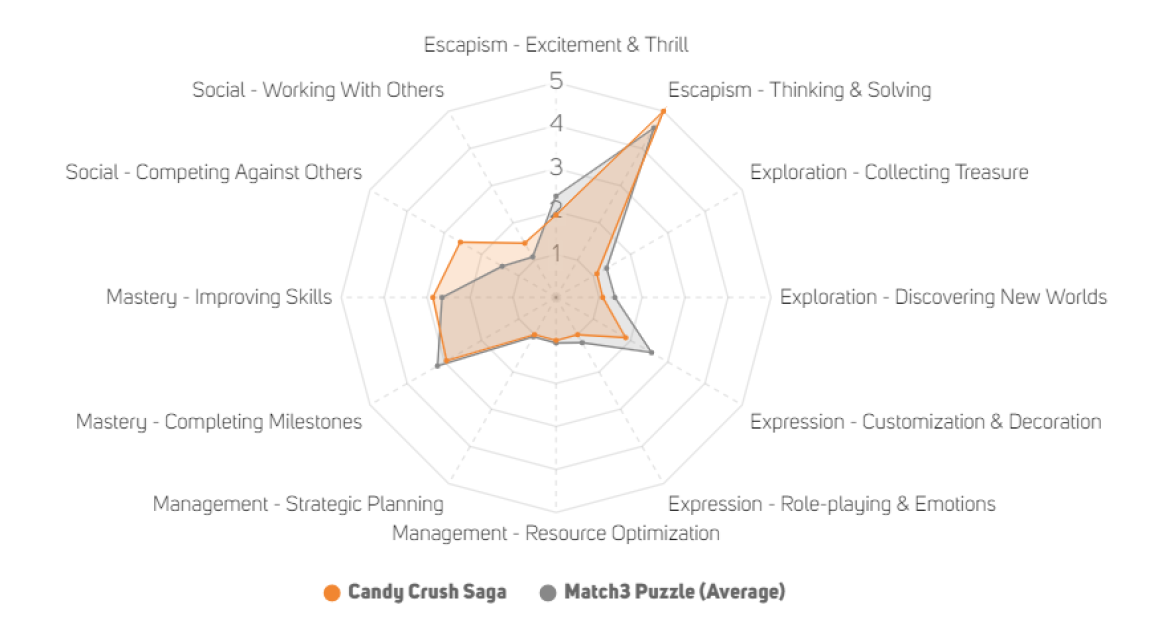 “Candy Crush Saga has quite a similar profile vs. Match3 games overall, but it scores higher in “social” related motivations because of its stronger social features, co op, competitions etc. which encourage interaction with other players,” explains GameRefinery’s Erno Kiiski.

The second wave titles like Homescapes have a different motivation profile. 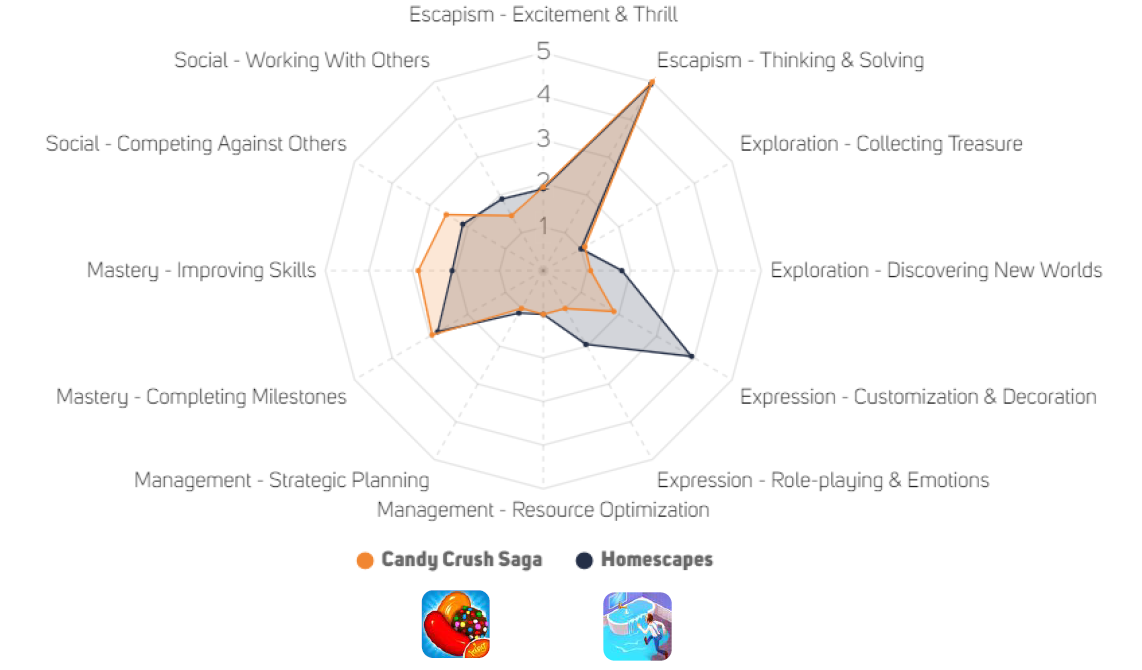 Homescapes was able to compete against Candy Crush thanks to an added decorative & story driven meta layer. This is seen in the graph with higher scores in Expression related motivations.

The report concludes that adding new meta layers and tapping into other types of motivations have the potential of bringing new audiences to the genre.

The original study can be found here.