Steam China has stealthily graduated to an alpha stage, according to WIN.gg.

In its current state, Steam China is a modification of Valve’s storefront marked by thee distinct features to comply with the local regulations. 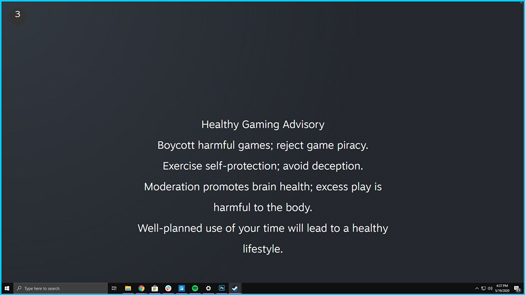 Stripped-down profiles. All profile pictures are replaced with question marks, while Steam ID numbers are displayed instead of usernames. WIN.gg speculates that profile pictures and usernames need to be approved individually by regulators before then can appear on the client.

Play time cap. Steam China prevents users from playing games between certain hours. An attempt to launch Counter-Strike: Global Offensive returned the following warning: “You can’t play this game between 10 PM and 8 AM the following day. Please take a break.” Dota 2 returned a similar message. The games has already been released in China by the publisher Perfect World, which is partnering with Valve on Steam China. So it’s no surprise that the time check system has already been implemented in these two titles. Other games launched normally.

The global version of Steam has been available in China unofficially. With around 30 million Chinese users on Steam, gamers and publishers in China have used Steam for games that fail to meet the country’s stringent regulations and are not available on other platforms such as WeGame, China’s biggest PC games distribution platform. That, however, might change with the arrival of Steam China. Meanwhile, Valve is clearly bringing more censored features to the local edition of its storefront.