As part of the virtual GDC 2020, Gwen Frey, the developer of puzzle game Kine, gave a talk on what she did right and wrong while developing her first indie title.

In addition to loads of game design advice (which you should totally check out here), Gwen generously shared some figures outlining the time and money that went into making the game.

The entirety of the development took 2.5 years. Of this, around 1.7 years Gwen spent working on the game solo after hours or part-time. By the end of 2018, the game was mostly complete, but barely marketable.

That’s when she reached out to publishers to get the funding for the final 10 months of development. In the remaining time, she expected to work on the game 40 hours a week as a full-time dev, hire contractors to polish art, UI, as well as port the game for multiple platforms and have it localized for multiple markets.

Generally, Gwen admits she did not have a strong marketing plan, something she now regrets.

Now, typically, after you pitch, it takes at least 6 months to see any money in your bank account. Gwen was not sure if she could last this long. Fortunately, being a vocal advocate of Unreal Engine, and Kine having received Unreal Engine Unreal Dev Grant, she was on Epic Games’ radar. Gwen happened to go indie around the same time Epic Games Store launched. A couple of weeks after that, they signed an exclusivity deal with her.

While Gwen, for obvious reasons, is silent on how much Epic paid, she shared the total cost of development as broken down below: 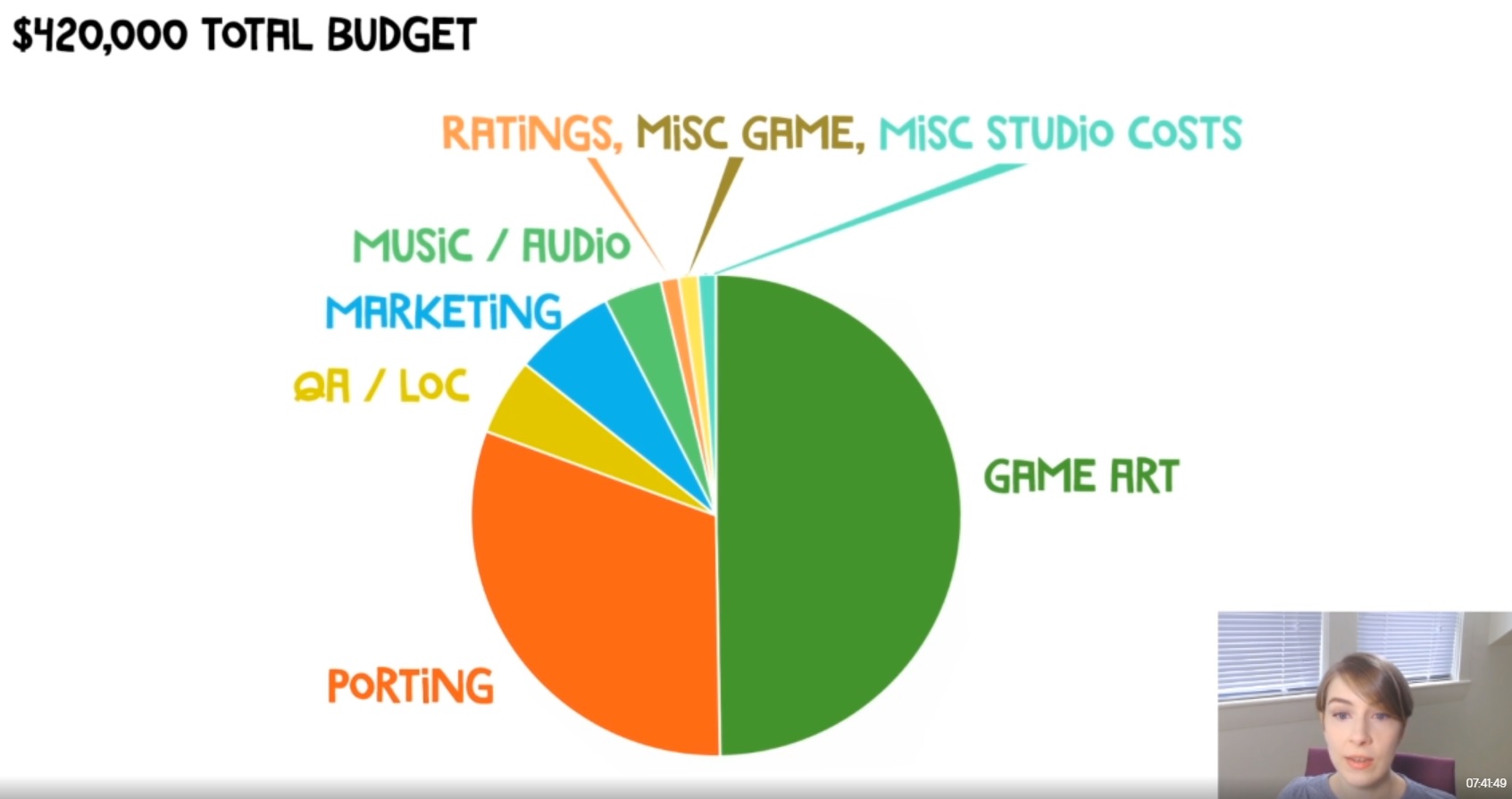 Getting the art right cost her $210k, the money well spent, according to Gwen, as it helped position the game well in the marketplace.

A huge chunk of the game’s budget was spent on launching the game simultaneously on multiple platforms. The more platforms, she thought, the more buzz for the game.

Turns out, it doesn’t work like that. Learning 5 different backends and making five different builds, setting five storefronts with different languages, not knowing whether certain bugs are platform-specific or not did not pay off.

While Epic Games, Stadia, and Switch accounted for 95.3 percent of Kine’s sales, Xbox and PS4 only generated the remaining 4.7 percent. Gwen admits that she didn’t reach out to Sony and Microsoft to explore marketing opportunities, but ultimately, she feels people do not play a lot of puzzles on consoles.

In hindsight, Gwen says it would have made more sense to launch on PC first, then on Stadia, then on Twitch.

To be fair, launching on Stadia, she adds, was pleasant enough. The game came out in October, and Stadia rolled out in November, so she had an extra month get everything right. Plus, a spot in the lineup of Stadia launch titles got the game a lot of press.