Analyst platform deltaDNA conducted a study on how its clients, mobile game developers, work with ads in their products.

The company interviewed 284 developers and publishers/studios.

What types of ads do you display in your game? 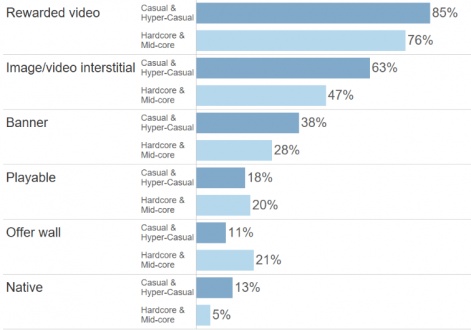 What types of ads do you display in your game? (segmentation by genre)

Which of the following statements could be used to describe how you do F2P in-game ad serving?

Which of the following factors concerns you most when setting the frequency of ads in a game? 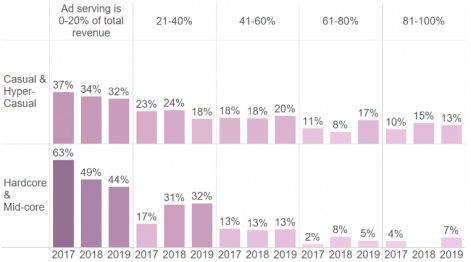 What is your estimate of the approximate revenue split between Ads & IAP in your highest-monetizing F2P mobile game?