The most downloaded games of the decade

Infinite runner Subway Surfers has generated the most downloads. India is responsible for 15% of its install count. In general, there are a lot of runners in the ranking. Temple Run 2 took the third place and Minion Rush ranked eighth. 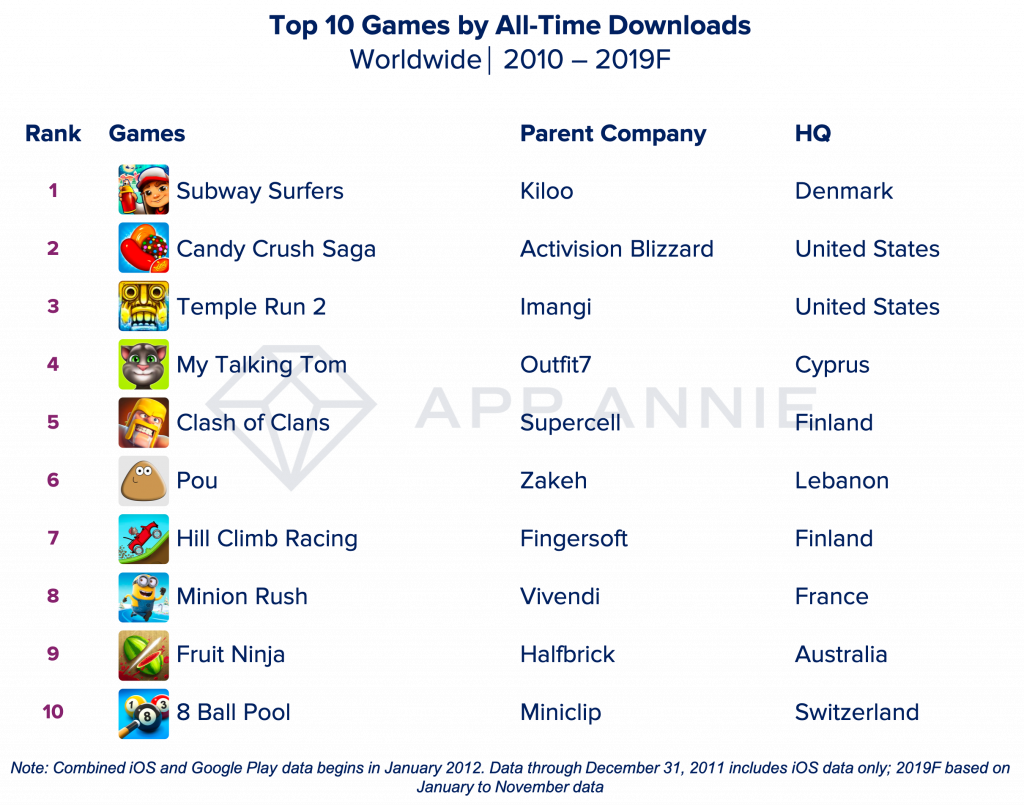 Top Grossing Games of the Decade

Clash of Clans is the highest-grossing mobile game in history. App Annie, however, does not name the exact amount. Closing the top ten is another game from Finland’s Supercell – Clash Royale. Only one match 3 title, Candy Crush Saga, has made it to the ranking at No.3. 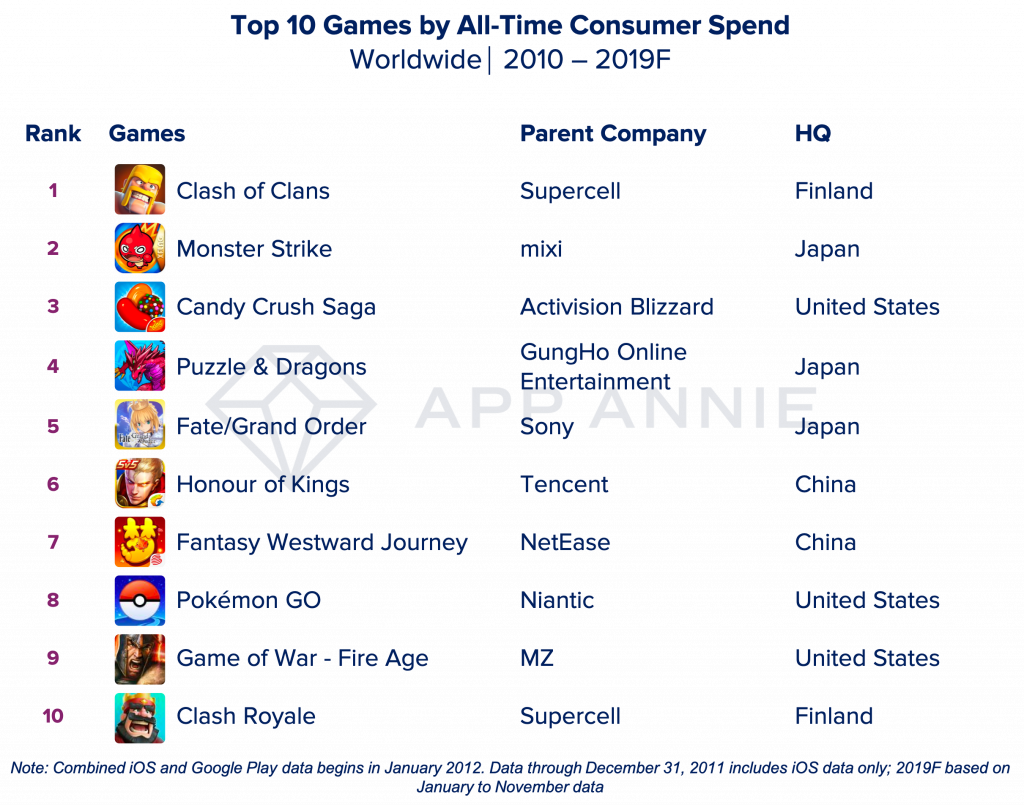 For the sake of clarity: until December 31, 2011, App Annie only collected iOS data. Only after that did it start to take into account the aggregate stats.