Organic discovery and app store featuring to be declared dead in 2023, according to Deconstructor of Fun
02.02
Dwarf Fortress made $7.2 million in January, 44 times more than in all of 2022
02.02
PlayStation reports 53% Q3 revenue growth, driven by strong sales of consoles and third-party games
02.02
Tenjin and GameAnalytics release Q4 Hyper-Casual Games Benchmark Report
01.02
Chris Zukowski: Steam can only promote up to around 500 indie games per year
30.01
Wargaming top manager called a terrorist by KGB Belarus
30.01
AI USE CASE: How a mobile game development studio saved $70K in expenses
27.01
Sensor Tower: Subway Surfers was most downloaded game in Q4 2022, but the Stumble Guys showed fastest growth
26.01
The Day Before loses its page on Steam. Developer cites trademark complaint
25.01
125 games industry professionals from 85 companies attended WN Connect business event in Belgrad
24.01
All news
Legal 25.10.2019 13:16 Video games are in the vanguard of entertainment content, gaining in significance and popularity year on year. The cornerstone of the game industry is, of course, the game proper, but it rests on a complex network of developers, publishes, distributors, marketing teams — and users.

Summarized below are some of the most prominent lawsuits from the past two years, featuring various aspects of gaming and flagging up common problems that await the stakeholders of the game industry.

As complex multimedia objects, games tend to include multiple pieces of intellectual property, such as software, music, graphic interface, characters and script. All of these objects are copyright works in their own right. It is not surprising, therefore, that there sometimes surface authors and other right holders’ claims of unlawful use of the fruits of their creative labor. For instance:

In a lawsuit submitted to U.S. District Court — Eastern District of Tennessee on September 27, 2019, Robert Prince alleged his music had been unlawfully used as part of Duke Nukem 3D: 20th Anniversary World Tour.

According to the claimant, he wrote 16 tracks for the original Duke Nukem 3D shooter released in 1996, but did not consent to the use of the music in the latest game of the series.

Randy Pitchford, head of the game developer Gearbox, does not deny that Robert Prince is the legitimate right holder and author, or that there has not been a license from Prince to Gearbox – yet he continues to use the tracks in question in the game and refuses to take them down.

It follows from the lawsuit that Valve, as the Stream distributor of the game, is therefore selling counterfeit copies of Prince’s works.

It would be curious to see how this dispute evolves. 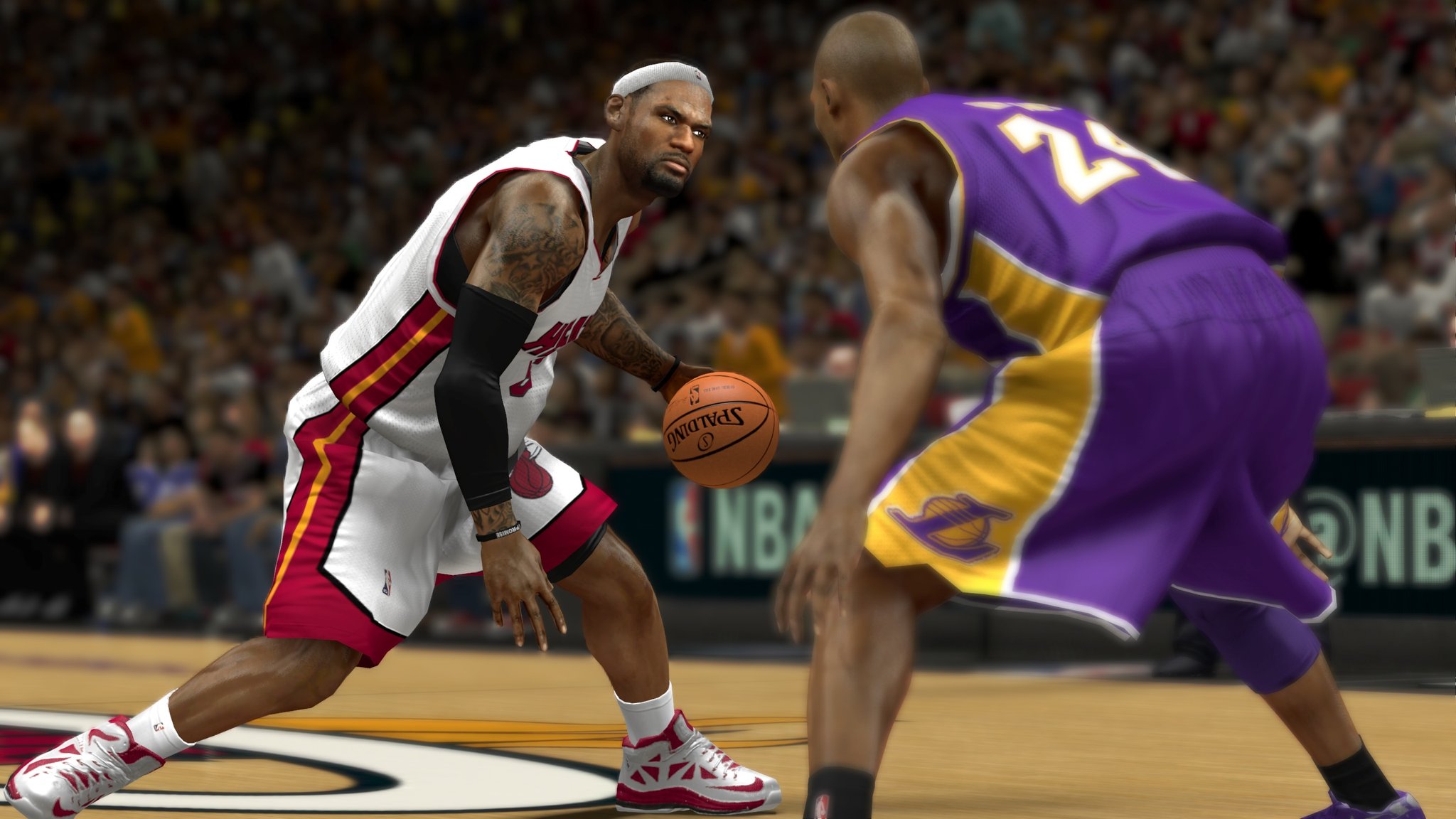 LeBron James in NBA 2K14. Some of his tatoos reproduced in the game are the subject of copyright lawsuits

The parlor’s lawyers insisted that NBA 2K developers should have obtained Solid Oak’s consent before using the images in the game. Their peers representing the developer 2K Sports sought to rely on the de minimis principle, based on which the mere featuring of standalone photographs in movie scenes does not amount to the infringement of photographer’s copyright as long as they are immaterial for the overall plot. According to the studio, the tattoos rarely made it onto the screen, and were only used to identify the basketball player – the publisher is acting within its rights when it accurately represents the player visually, and does not need his tattoo artists’ licenses to do that.

2K’s motion to dismiss Solid Oak’s claims and decide in the studio’s favor was denied on March 30, 2018. The judge noted that the concept of an “average lay observer”, often employed to determine similarities between a copy and the copyrighted work, was unavailable in video game context, and that the argument about the insignificance of the tattoos would not, therefore, assist. The question of whether de minimis principle is available may be revisited at a later stage.

LeBron himself sides with the game developers, saying that the tattoos are a part of his body and likeness.

A number of dancers sued Fortnite developers for damages for using their dance moves in the game.

There is not a lot of case law in relation to copyright in choreographic works, and separate dance moves are neither patentable nor registrable.

Rapper 2Milly, Alfonso Ribeiro and Russell Horning filed their lawsuits with the U.S. District Court for the Central District of California on December 17, 2018. The claimants’ lawyers are working on obtaining copyright protection of the dances. If they are successful, the case could open the floodgates to claims worth millions of dollars against Epic Games. 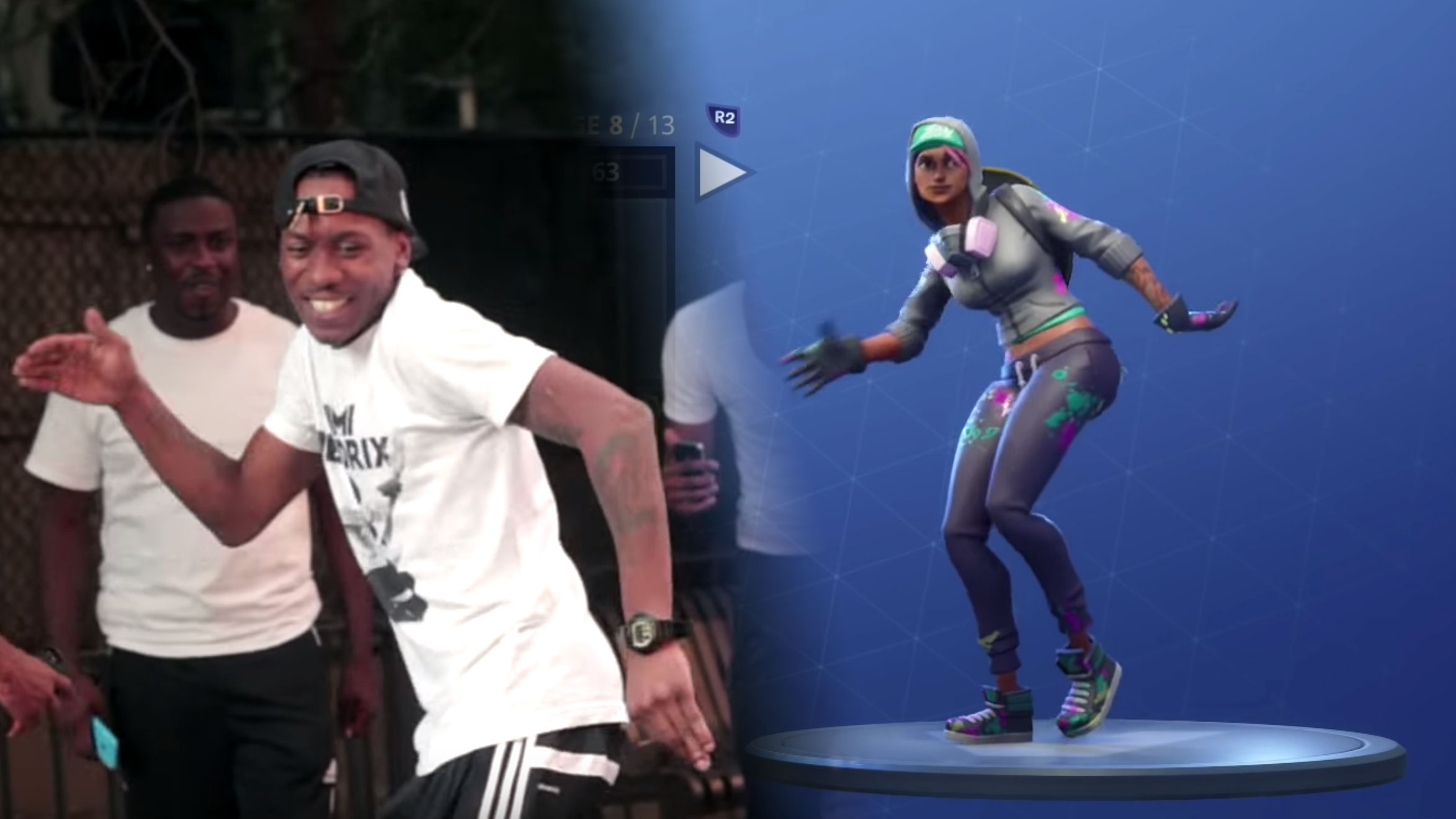 Rapper 2 Milly sued Epic Games over Fortnite’s use of his dance move, the Milly Rock

The Hollywood Reporter wrote that Ribero was the first to seek, unsuccessfully, the registration of his copyright. On February 14, 2019 the Copyright Office refused the registration on the basis the dance was too simple. It transpired later that the claimant’s ownership of copyright was being doubted as well, as he was alleged to be a mere performer of the dance.

It was later reported by The Hollywood Reporter that all of the Fortnite dance-related proceedings against Epic Games were stayed after the U.S. Supreme Court ruled on March 4, 2019 that a copyright infringement lawsuit cannot be entertained where the U.S. Copyright Office has not made a determination as to the registration of the copyright.

At the same time, the lawsuits seem to have made an impact already: Epic Games’s official collaboration with dancer YouFunnyB has since made headlines, with the dancer confirming on Twitter on May 23, 2019 his moves would be featured in Fortnite.

Blizzard filed a lawsuit against the developers of PC and mobile game Glorious Saga, alleging infringement of copyright in Warcraft, the world-famous game.

According to the claimant, the respondents did not just copy certain elements of Blizzard’s games: they utilized Warcraft’s gameplay, including characters and their names.

Blizzard pleaded with the court to make an order to discontinue the support of the game, deliver-up all source code copies, servers, computers and the InstantFuns domain, as well as all profits derived from Glorious Saga – and cover claimant’s legal costs. It transpired in October 2018 that the author of Witcher Andrzej Sapkowski alleged copyright infringement against CD Projekt Red, the developer of the eponymous game series based on Sapkowski’s books.

The developer obtained Sapkowski’s consent prior to producing the first of the games in 2004, for which Sapkowski received a flat fee in the amount circa 10,000 U.S. dollars, having previously declined the respondent’s offer of royalty-based remuneration.

Citing Polish legislation, Sapkowski now claimed he was entitled to royalties to the tune of 16,000,000 U.S. dollars: if there is a grave disparity between the author’s remuneration and the benefit accruing to the user of the work, the former can petition the court to increase the remuneration accordingly (s44 of Polish Copyright Law). Sapkowski went on to allege that CD Projekt Red’s licence to use the books extended to one game only.

In February 2019 it was reported that the 16-million dispute had been settled, with CD Projekt Red paying Sapkowski a compensation, albeit a more modest one.

Trademarks make their way to the titles of video games, to their designs and gameplays. It turns out that such placement is not always to right holders’ liking, prompting trademark infringement lawsuits.

Paritet Lift, a Saint Petersburg company and the owner of trademark BALDA, successfully pleaded with GooglePlay and AppStore to remove eponymous mobile apps developed by third parties. One of the developers, whose 2011 and 2013 versions of the app pre-dated the registration of the trademark, complained that his app had been blocked despite the fact that the trademark registration extended to dissimilar goods and services.

British heavy metal bank Iron Maiden sued the 3D Realms, U.S. developer behind the retro shooter Ion Maiden. The band alleged that the users were induced to believe that the respondent’s goods and services had been endorsed by Iron Maiden. The lawsuit, filed with a California court on May 28, 2019, reads that the respondent’s unlawful use of imagery that was “nearly identical to the Iron Maiden trademark in appearance, sound and overall commercial impression”, and an “effort to confuse consumers into believing [their] products and services are somehow affiliated with or approved by Iron Maiden.”

The developers preferred a name change to the court battle with the band and announced on July 11, 2019 that the game had been rebranded as Ion Fury. 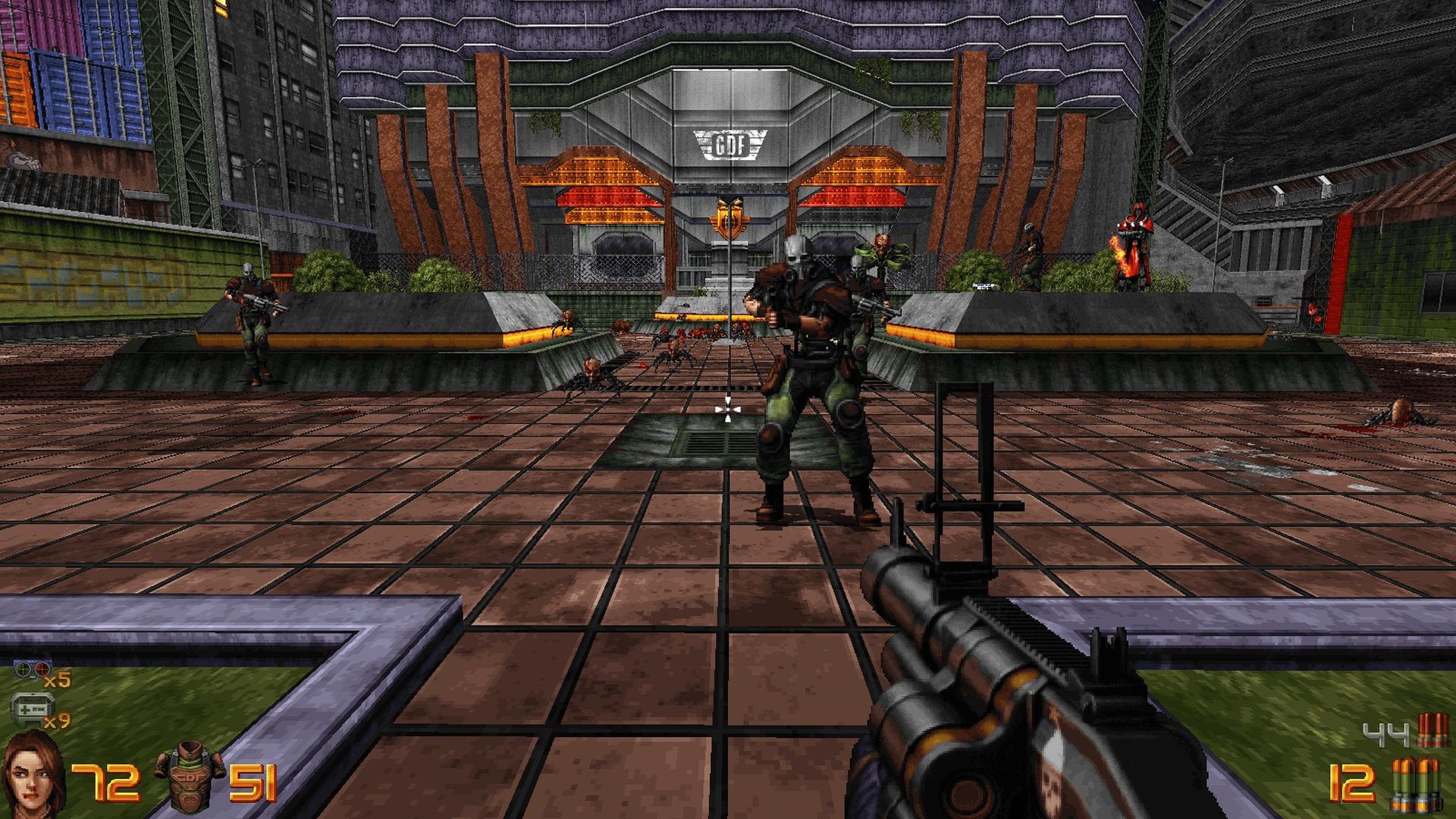 Game development, particularly in the context of console games, goes hand-in-hand with breakthrough technical solutions that enable the developers to perfect the gameplay, making the end product more attractive to the user and gaining competitive advantage along the way. Alas, the technology may already be patented.

Back in 2014 Capcom, the Japanese publisher and developer, accused its competitor Koei Tecmo of infringing two of Capcom’s patents, one of which had to do with controller vibration in proximity of an adversary, and the other – with different modes of game content import. It was alleged that Koei Tecmo unlawfully employed the technologies in 49 games, making about 93,000,000 U.S. dollars.

The district court of Osaka ruled in 2017 that Koei Tecmo infringed only the first patent, once, and awarded 50,000 U.S. dollars to Capcom. The publisher appealed.

In September 2019 Intellectual Property High Court in Tokyo agreed that Koei Tecmo used both patented technologies as part of its games, and increased the award to 1,500,000 U.S. Dollars.