It Takes Two hits 10 million unit sold. “Nobody expected this,” says Josef Fares
03.02
Over 1 million Chinese players apply for refunds due to expiration of Blzzard’s agreement with NetEase
03.02
NCSoft West lays off 20% of employees as part of ‘global realignment’
03.02
Organic discovery and app store featuring to be declared dead in 2023, according to Deconstructor of Fun
02.02
Dwarf Fortress made $7.2 million in January, 44 times more than in all of 2022
02.02
PlayStation reports 53% Q3 revenue growth, driven by strong sales of consoles and third-party games
02.02
Tenjin and GameAnalytics release Q4 Hyper-Casual Games Benchmark Report
01.02
Chris Zukowski: Steam can only promote up to around 500 indie games per year
30.01
Wargaming top manager called a terrorist by KGB Belarus
30.01
AI USE CASE: How a mobile game development studio saved $70K in expenses
27.01
All news
Industry News 29.08.2019 15:13

According to Blizzard’s lawsuit against the studio, Glorious Saga is “almost entirely copied from the Warcraft games and related products.” For each instance of copyright infringement, the company requires that Sina Games pay $150,000. That doesn’t include attorney’s fees and other “just and appropriate” charges.

Blizzard claims that “every monster, creature, animal, and vehicle in the Infringing Game was copied from the Warcraft games.” The makers of Glorious Saga also allegedly helped themselves to Warcraft’s weapons, artifacts, and other items. Even sound effects are reproduced, as per the text of the lawsuit.

The characters of Glorious Saga really do resemble the cast of Warcraft. In the Sina Games title, there are also two warring factions – the Alliance and the Horde. And even the icon of the Chinese game evokes associations with Battle for Azeroth, Polygon writes.

Nevertheless, the mechanics of the mobile game are very different from Warcraft.

Glorious Saga is distributed in China, but is also available in other regions through Google Play under the name Glorious World. The name of the developer is also changed to InstantFuns Games. The screenshots of the game, however, still contain the original name. 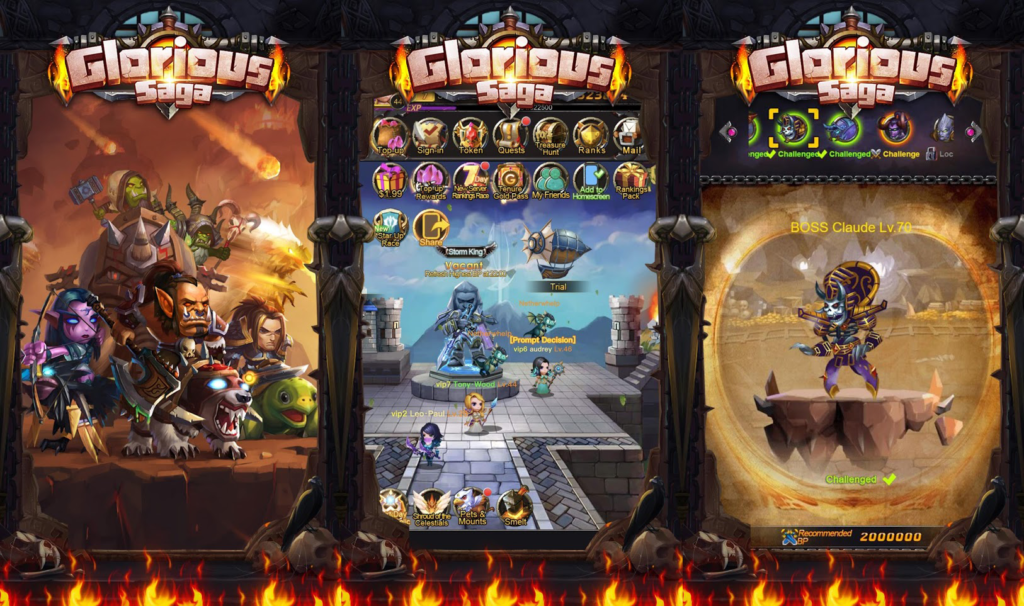 Blizzard also accuses Sina Games of copying other famous franchises such as Yu-Gi-Oh! and Naruto.