Story of Gram Games: How to make a video game studio of five into an international business worth $250M+?

Game World Observer talked to Atilla Karakurum, Vice President for Strategy at Gram Games, about creative bravery and tactical smarts behind the studio’s success and the acquisition by Zynga. 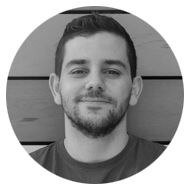 GWO: You come from a non-gaming background. How did you end up in the mobile game industry?

Atilla: Before joining Gram Games, I used to live in the States for almost nearly a decade. I did corporate strategy and finance. So, the industry might have been different, but I was in the same field I am now. Anyway, I started in the toy industry working for Mattel and then I worked in a portfolio company of Bain Capital. To be fair, a lot of companies I worked with have play value. Mattel does toys, and the portfolio company was in the music business. But the switch to video games happened because I was always interested in gaming.

As a kid, I played a lot of games. My first computer was Amiga 500, and then I had a console. Those were the days of Prince of Persia, Lemmings, Need for Speed, and all that. And in high school, I played Quake and Counter Strike. Mobile was the industry that was emerging at the time, and it is still growing. But when I made that switch in 2015, it was the industry to be. It made a lot of sense because it allowed me to put my passion and interest into work. And when you do that, it doesn’t feel like work.

GWO: What was it like at Gram Games at the time you joined the studio?

Atilla: The company was founded in 2012 by two co-founders, Mehmet Ecevit and Kaan Karamanci. At the time, the team consisted of 5 people. The studio had developed two games that were IAP-monetized as opposed ad-monetized hyper-casual titles released since 2014. That says a lot about the team’s inherent interest in developing games that had more depth than what we typically expect from hyper-casual. And this is something Gram Games defined clearly in the industry with 1010!

1010! was launched in 2014, and it was a pivotal project for the team because when they were developing IAP titles, they couldn’t get the games where they wanted them to be. They didn’t have the know-how for performance marketing, which we are quite good at today, and didn’t necessarily have the funds to scale the games in marketing. 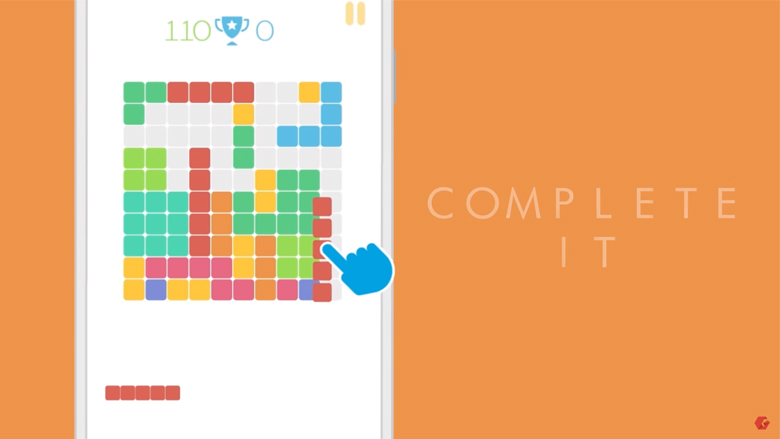 GWO: Did the company struggle during the pre-1010! period?

Atilla: Before the release of 1010!, it was more of a trial-and-error phase. They pursued a number of different options. For the reasons I mentioned, they had trouble making the initial games work, scaling the games. The company was down to a couple more months’ run rate. It was quite stressful for everyone involved because they were doing their best, but there were factors they couldn’t always control. At that point, changing the company’s direction and doing a completely different genre worked perfectly for the company. When 1010! came out, the company just took off.

GWO: As an industry expert, how do you explain the success of 1010!?

Atilla: The game is easy to onboard new people, there is no particular tutorial, so when you look at the game, you intuitively understand the core mechanic. We think of this game as defining in the hyper-casual category. We were the first entry in the market with that kind of game. It was something new, it stood out. And today, it’s still a very engaging game. Everyone at the company, including myself, still plays it. It’s a great short break, you don’t have to strategize, you just kill time and have fun with it.

GWO: Your next game, Merged!, released in 2016, repeated the success of 1010! In the first week, the game reached 1 million installs. What did you learn from your experience with 1010 that secured the popularity of the subsequent titles?

Atilla: After the launch of 1010!, there was a lot of learning. Understanding monetization, what worked and what didn’t work. We are quite data-driven as a company, we have our own in-house data management platform so we can track cohort behaviors, understand what people are playing, how they are playing it, why they are making particular moves in the game. It’s about understanding your players really well so we can deliver more fun to them.

We definitely implemented a lot of those findings in Merged!: from performance marketing to game metrics. And I think this iteration continues throughout the company reflecting on our products and culture. In addition to accurate data, it’s also important to get feedback from both players and employees. We then can try to translate it into improvements on the game so that community feels heard. 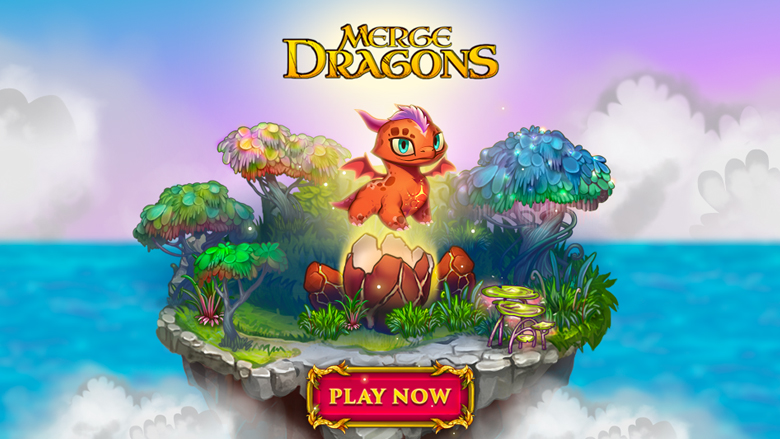 GWO: What were the challenges after the launch of 1010!?

Atilla: With every company, there are growing pains. The biggest challenge was to make sure that we assess the information properly, slice and dice every bit of data available. We couldn’t find a strong analytical solution in the market, so we had to build our own. Performance marketing and understanding ad monetization was another challenge that we had to tackle ourselves. I think we did good!

GWO: And how do you see the acquisition of Gram Games by Zynga in the context of your growth strategy?

Atilla: Zynga is a world-class organization, they are great leaders. We made the decision to join Zynga based on our shared vision.

Atilla: First, they truly appreciate the culture and the creative production process that we developed in the company. We operate as a completely independent studio within the company. We agreed that Zynga would let us work the way we had always worked and do what we do best which is create great games to reach millions.

Second, at both companies, we look at our products as forever franchises.

GWO: Did teaming up with Zynga affect your processes at all?

Atilla: Both companies have worked very hard to synchronize our workflows. We operate independently within the company, but we get resources, expertise and continuous support from Zynga. It’s been a great ride so far.

GWO: Gram Games has been focusing on casual projects and helped define so called “hyper-casual” games. What is your take on these two categories?

Atilla: Since the start of the company, we have always been interested in IAP games. But switching to hyper-casual was a smart tactical move as it allowed us to gain scale, and then, after having built the funds, go back to IAP and hire the best talent. People with experience in more in-depth casual games such as Merge Dragons! But across the portfolio of all our games, be it hyper-casual or casual, the single goal for us is to provide fun and entertainment, and it doesn’t matter which direction you take as long as you come up with a creative core mechanic that your players enjoy. 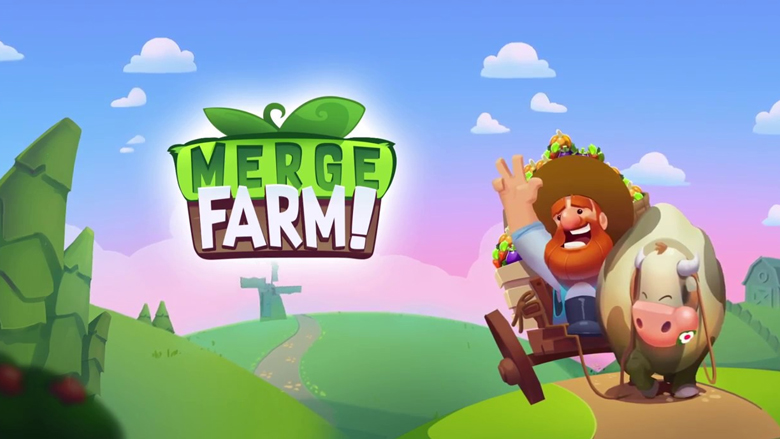 GWO: When you decide between casual and hyper-casual, do you have different audiences in mind?

Atilla: If you look at the industry, audiences are mostly defined by the genre and the demographic. With games like, for example, Marvel Contest of Champions, you will see more male players because, I think, RPG elements, for the most part, are appreciated more by the male audience. But if you look at the game like Candy Crush, they are mostly played by women. I think it really depends on the theme and the genre that you select for a game.

GWO: You have used both IAP and ads as monetization strategy. Which has worked better for you?

Atilla: Both ads and IAP are parts of our games. If you look at Merge Down!, you’ll see IAP and ads, and if you look at Merge Dragons!, we have ads as well as IAP. We are trying to utilize a number of frameworks in the games as long as it makes sense from the player’s standpoint and doesn’t interfere with the player’s experience and. That’s why it’s important to always take feedback from your audience.

GWO: If you look at your latest titles, most of them use the merge mechanic. Obviously, you are building on the success of your earlier games. But are we going to see new core mechanics from Gram Games?

Atilla: What I can say is that you can certainly expect more fun in the coming years. If you look at our portfolio of games, we try to build up on the learnings from each game. Merged!, Merge Town!, Merge Farm!, Merge Gems!, Merge Dragons! use the merge mechanic, but these are all different games. They use different resources to merge, they have different monetization frameworks, they have different game lengths, and ultimately, offer different experiences. We know that this core works and players enjoy it, so we try to come up with more fun and creative variants of this formula. These are forever franchises, we are excited to see what these titles have down the road for everyone.

GWO: We all are! Thank you for your time and good luck with your forever franchises!