Why Apex Legends Mobile got shut down despite being EA’s sixth highest-grossing mobile game in 2022
21:14
Nintendo announces 10% pay raise for all Japanese employees to drive long-term growth
16:31
Activision Blizzard posts record quarterly bookings on Blizzard’s strong growth and Call of Duty blockbuster sales
14:21
Microsoft’s chances of clearing Activision Blizzard deal in US and Europe to fade away if UK watchdog decides to block it
13:01
John Carmack on video game preservation and why companies suffer more harm by destroying something dear to players
06.02
Jeff Gaimon on expanding EA Originals beyond just indie games: “It’s like a menu. It depends on what devs want”
06.02
It Takes Two hits 10 million unit sold. “Nobody expected this,” says Josef Fares
03.02
Over 1 million Chinese players apply for refunds due to expiration of Blzzard’s agreement with NetEase
03.02
NCSoft West lays off 20% of employees as part of ‘global realignment’
03.02
Organic discovery and app store featuring to be declared dead in 2023, according to Deconstructor of Fun
02.02
All news
Featured 24.04.2019 14:03

Crunch Culture Behind Games as a Service

Polygon interviewed Epic Games staff about the success of Fortnite and the stress it brought on the team.

In summer 2017, Epic Games launched Fotnite: Save the World, a zombie-themed co-op shooter that spent several years in the making. Around the same time PUBG became a global hit. To address the competition, the company decided to quickly battle-royalize their title and scheduled it for release in September 2017. The resulting reincarnation has been the most popular game in the world ever since.

The revenue surge that followed the release of the game also heralded the rise of the new trend in the industry: “games as a service.” Under this model, a game stays competitive and relevant (and keeps that cash flowing) through a never-ending series of updates. Each of them introduces new maps, new skins, new characters and other features.

So, instead of one major deadline before the hard release, the company succumbed to a constant barrage of deadlines for every update.

According to several current and former Epic Games employees, the success of Fortnite is paid for by constant crunch. The developers cite the “culture of fear” that assumed crunch as a tacit norm.  After working from 70- to 100-hour weeks for several months, some found their physical and psychological health deteriorating. 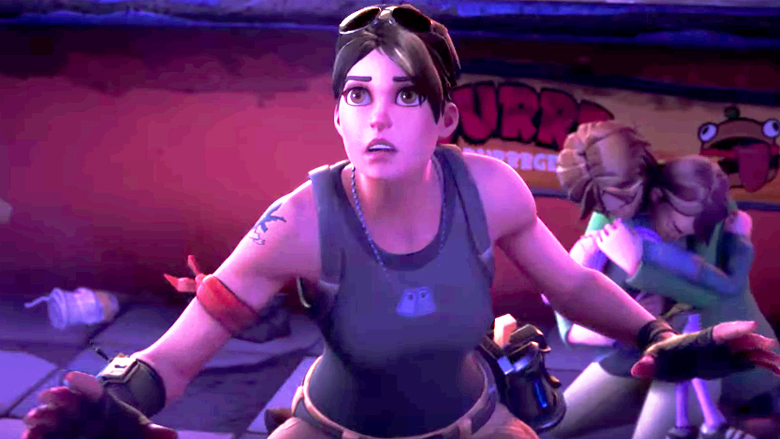 To be fair, Epic Games seems to recognize the problem, even if a company representative calls 100-hour work weeks “incredibly rare.” In an attempt to alleviate the situation, the company took a number of steps. It allowed employees to take unlimited time off and work in shifts. The management also distributed workload among multiple teams that work in parallel. These measures, however, did not help. Sad irony surrounded the generous time off allowance.

“The company gives us unlimited time off, but it’s almost impossible to take the time. If I take time off, the workload falls on other people, and no one wants to be that guy,” said one employee.

While people are paid overtime, and handsomely so, they really do not have the option not to work those extra hours, including weekends. And it’s not just because they would feel guilty.

“I know some people who just refused to work weekends, and then we missed a deadline because their part of the package wasn’t completed, and they were fired,” said one of Polygon’s sources. “People are losing their jobs because they don’t want to work these hours.”

Contractors are even more replaceable. One of the sources actually remembers contractors being referred to as “bodies” at the company. As in “Get more bodies.”

Polygon’s feature is the third big article in April alone that deals with the topic of crunch in the game industry. Earlier this month, the makers of Anthem introduced the world to the notion of “stress casualties” when describing the production process at the Bioware. Later, former Telltale employees came forth with stories about unhealthy workload distribution due to the episodic nature of their games.

These disclosures underscore the persisting problem of employees’ vulnerability in the game industry. In December 2018, the UK labor organization Game Workers Unite became the official trade union.  Other countries are yet to follow suit.

Live services dominate the market at the moment, but they might not prove viable in the long run.