In October 2015 the match-3 market saw the launch of Rovio’s “Love Rocks”. The project has made a great difference from the existing titles of the kind: when confronted with Love Rocks, even an experienced match-3 player will feel abashed. There’s nothing wrong with that, it’s rather a testimony that the game indeed has new things to offer. 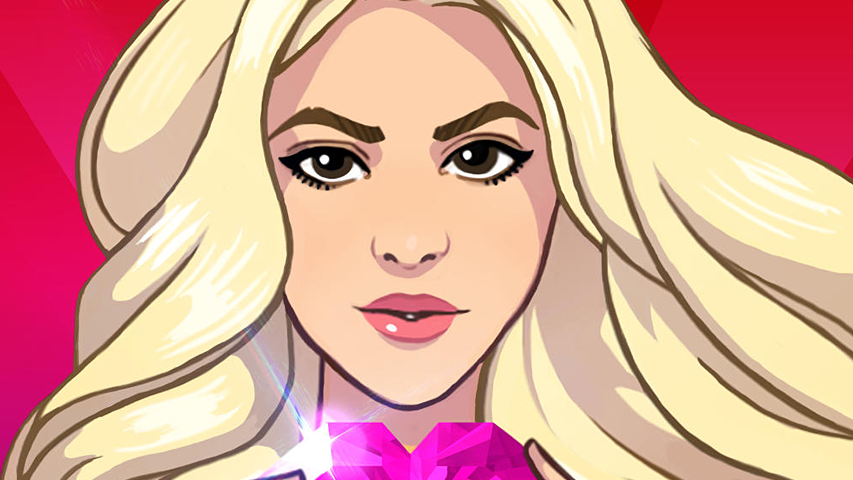 And you don’t need to be a rocket scientist to explain what Love Rocks is about: a mix of canonical Bejeweled, Lines and Tetris.

The game took its graphic design from Bejeweled, while Lines contributed with the emergence of new gems on the field. Tetris relates to the game in the way that a player puts its gems on the top the field at every turn.

Love Rocks has taken one more feature from Lines and Tetris: it’s bad to have many gems. Traditionally the game is over when the screen is full, but in Love Rocks players are fined with a turn for that.

Double-feature gems are key to the game mechanics. In Love Rocks they have two properties – color and symbol, and each of the properties can make a row. To make one you need to put another gem of the same color or symbol to the existing one.

The last but not the least: the game is turn-based. Each turn a player puts three random gems on the field, they drop down, make a row, but disappear only at the end of the turn, when all gems have already been dropped.

Levels of the game are made in a way to hit luck and logic. Both things really matter. One can not win with pure luck or good logic only.

Difficulty model is determined by the role of luck at each single level.

The game (its playing field) can be easily stretched without quality loss. That’s why the game developers now can scale up the field. Some levels can have 3/3 slots, others – 9/9 slots, so the game will never cease to surprise. 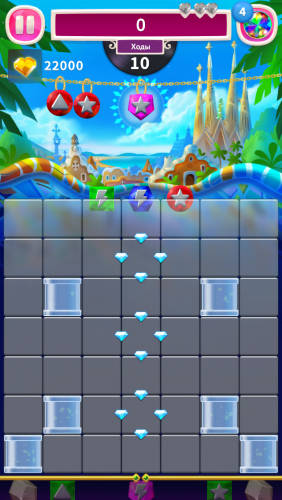 The game puts emphasis on video ads. When lives expire, they can always be made up with watching of video ads. That helps to retain big numbers of day sessions and make money on those, who would never pay.

Soft currency is given for the number of hearts collected. This also gives impetus for redoing the level.

Bonuses are scarce – only one. But it is comprehensible. The game levels are really balances and made, as it has been already said, with a strong focus on logic. All sorts of fish and lightning, taking away half of the field, would destroy the balance.

As for the prices, the more you buy, the less you pay. In Love Rocks a user sees two prices – the one for the currency purchased in pieces, and the discount price for a bundle – so that a player could see the difference.

Although the game is really exciting, as far as downloads are concerned, there’s nothing to write home about. And its grossing ranks are consistently… low. There could be three reasons for that, you are to choose: Rovio’s unwillingness to spend much on promotion, a ‘wrong’ star, and low brand visibility. Or, alternatively, focus on logic for a casual game was a bad way to go.