WN Media Group has announced a new free event, WN Dev Day Canada’22. It will feature both lectures from games industry experts and a special contest for local game developers. 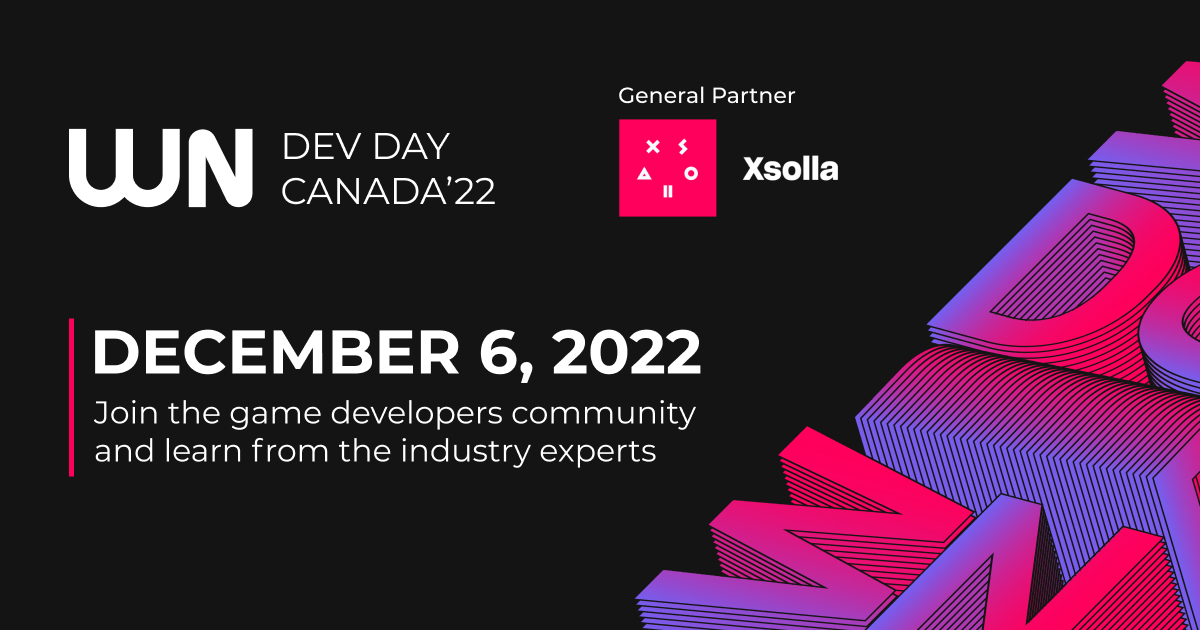 The event will take place on December 6. Game developers from Canada are expected to participate in the Dev Day, as well as investors, publishers, and distributors from across the globe.

All attendees will be able to listen to insightful live talks from industry-leading experts. The list of speakers will be announced later.

WN Dev Day Canada’22 will be held on WN Hub, the communication platform for games industry professionals that features a meeting system, in-built chats, and other tools for online networking.

Participation is free, you can get your ticket here.

The event’s general partner Xsolla will hold the XDC Contest for Canada-based game developers. They will compete for a $100k prize pool.

The winner will receive $5,000 and a potential co-investment in the amount of 10% of the requested budget, but not more than $250k. Other finalists and even semi-finalists will also get monetary prizes and different bonuses.

Canadian developers can apply for the XDC Contest before November 22 via this form. The winners will be announced during WN Dev Day Canada’22 on December 6.