The preview version of Microsoft Dev Box has become available to the public. It is a service that allows developers to use ready-to-code cloud-powered workstations. 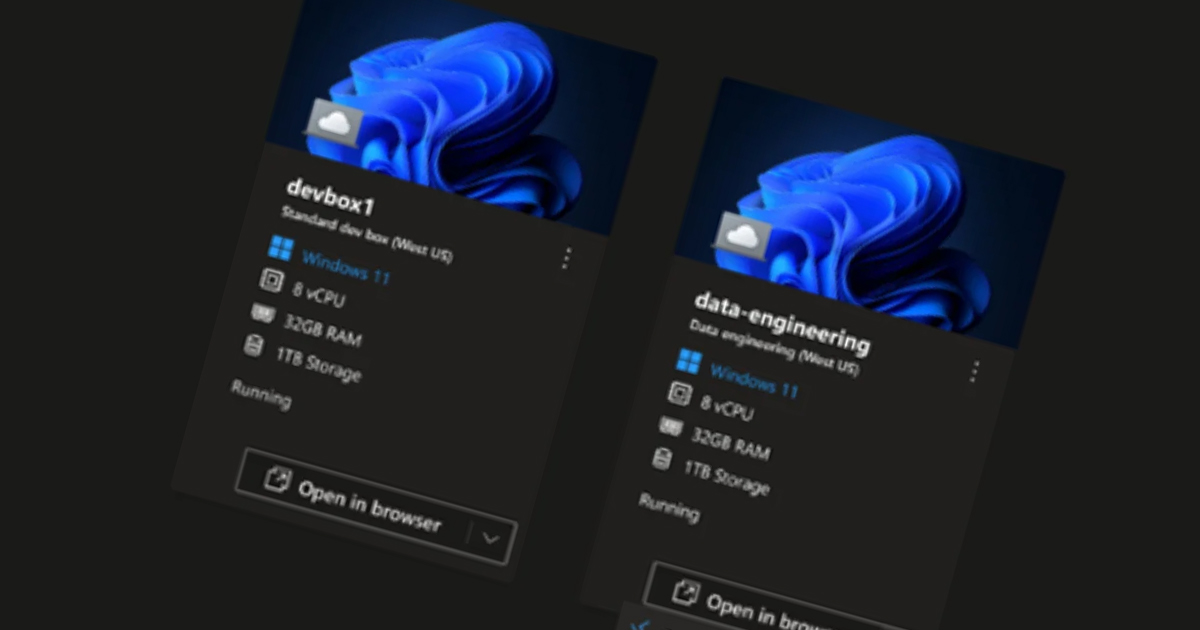 According to the official announcement, developers will be able to get access to the Microsoft Dev Box preview from the Azure Portal.

These cloud-based stations will be equipped with eight virtual CPUs and 32GB of RAM, allowing organizations to try 15 hours of free usage every month. Developers will pay for what they use on a consumption-based model, meaning they will be charged on a per-hour basis for compute and storage.

Built on Windows 365, Microsoft Dev Box was announced three months ago. It is described as a managed service that “enables developers to create on-demand, high-performance, secure, ready-to-code, project-specific workstations in the cloud.”

More information about it can be found on the Microsoft Dev Box page.