Newzoo: hyper-casual games accounted for 36% of top 100 most downloaded mobile titles in 2021

Hyper-casual games remain one of the most installed mobile titles globally. In 2021, they accounted for 36% of the top 100 titles by downloads, according to the latest report by Newzoo. 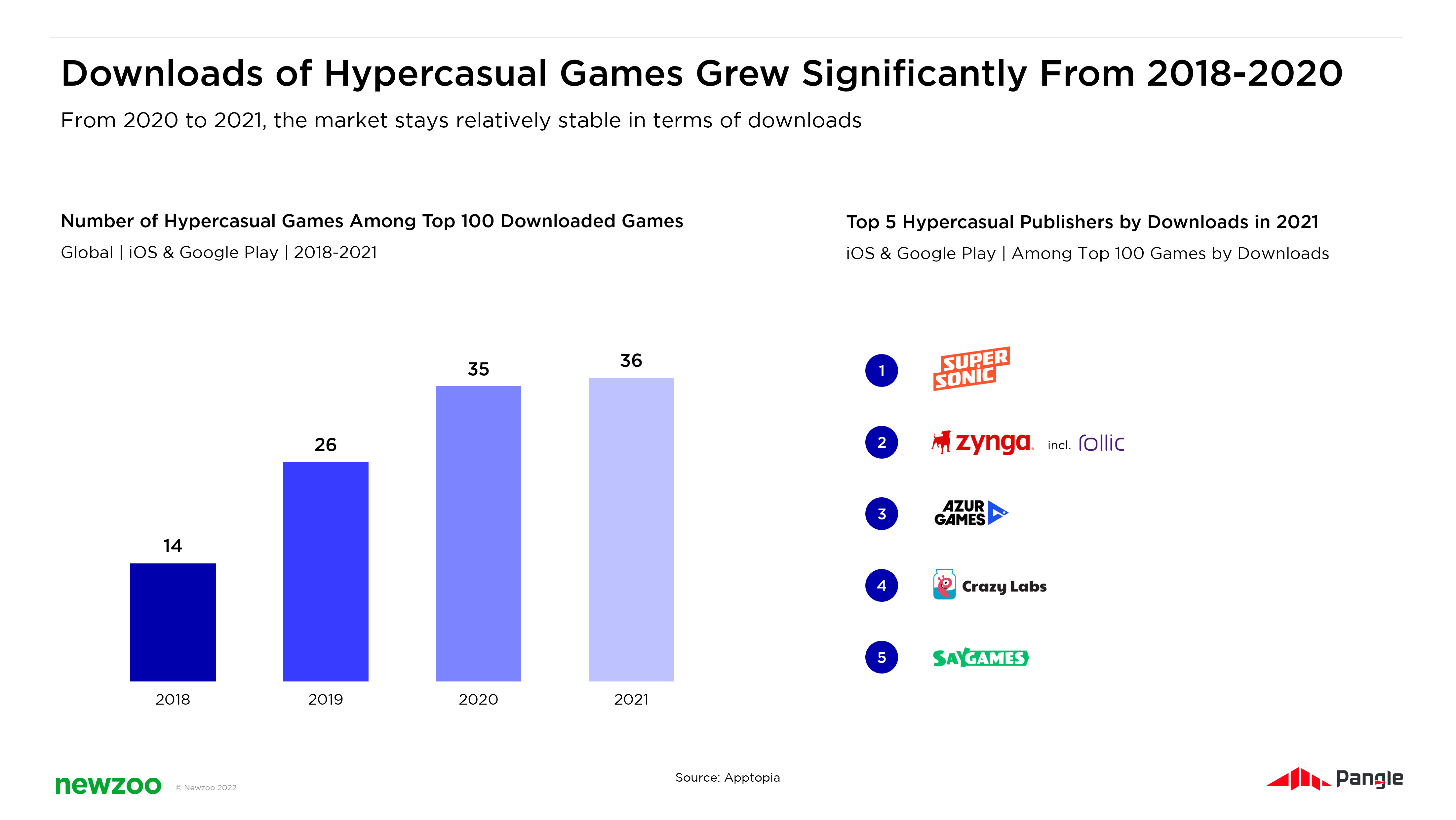