How to create Red Alert-inspired game assets by fine-tuning Stable Diffusion
18:42
Member of CD Projekt’s board of directors sells 50,000 shares for almost $1.5 million
16:25
Persona 5 Royal reaches 3.3 million units sold, with total sales surpassing 8 million copies
14:56
Apex Legends Mobile becomes best game of 2022 for both Android and iOS
12:26
Todd Howard on making games playable for 20 years: “It changes the way you think about how you architect them from the get-go”
30.11
Valve removes SimFabric games from Steam over fake reviews allegations
30.11
Loot boxes cause financial and emotional harm to kids due to gambling-like design techniques, UK study says
30.11
Median indie game earnings on Steam barely exceed $1,000 lifetime
29.11
“It should serve as a lesson in how not to do business”: what does the end of Stadia mean for cloud gaming?
29.11
Report: Microsoft ready to make concessions in Activision acquisition, including licensing deal with Sony
29.11
All news
Sponsored 18.04.2022 13:49

Case study: Affogata on how it helped a gaming company successfully launch its title by analyzing player feedback

Affogata has opened up about its platform for gathering and analyzing player feedback. Here’s how this data helped one company with its game’s launch and post-launch optimization. 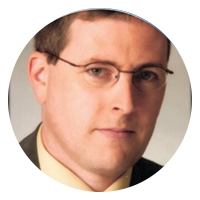 Many daily and monthly active players do two things: first, well, they play, and then they talk about it with other gamers in gaming communities and forums. Many of today’s games are built on quick moves and responses from players wishing to advance and win.

Affogata enables gaming studios and publishers to gather and analyze all their player feedback on every aspect of their games, including characters, levels, recent game updates and new features, usability issues and much more.

Below, I want to share a case on the basis of which you can see how we usually work.

Last year, a gaming company prepared to launch a new game and wanted to gain a full understanding of its players’ launch reaction. The stakes were high, as the company poured a large investment into the new game. Its managers set out to examine player feedback for three main challenges. They wanted to analyze how gamers would react to their new offering from a product, technical and brand sentiment aspects.

For the product and development teams, player feedback was examined for all related factors, such as story, characters, design and overall game satisfaction and enjoyment. The technical aspect called for understanding usability and how smooth and bugs-free the players’ experience was. Also, if they encountered a problem, what did they have to say about it and how it affected their playing. Finally, as the launch introduced a new product in the company’s long line of games, the executives expected to find out how it affected the overall company’s brand sentiment.

The launch, feedback and analysis

Examination of player feedback was divided into two time-periods. The launch date and the following first days was analyzed first, for immediate reactions and player feedback. Then, a second period, named “post-launch” and covering weeks 3 and 4 after the game first appeared on the market, was dissected for follow-ups and deeper player conversations.

The gaming company employed Affogata’s customer intelligence platform, which evaluates millions of feedback data points in real-time, tracking and monitoring a wide variety of forums, review apps, social media platforms and more such as Discord, Vanilla forums and Reddit. The data was then structured and sorted to mark the key player feedback points, for the company to prioritize and act upon. The product launch was extremely successful, judging by the fact that almost 80% of all reviewers gave the game a 5-out-of-5 ratings. Highlights reported emphasized the game’s “look and feel” and led to a 9.2 positive brand sentiment score. Post launch, the game’s high satisfaction levels remained almost the same, going down slightly to a still positive 8.8. Negative sentiments during both time periods remained very low.

On the technical front and during the launch, players reported some bugs, product crashes, freezes, lags and other UI/UX issues, leading to the company taking immediate actions to fix them. As a result, such quick fixes helped the new game run more smoothly, as reflected by player positive comments during the post launch. Negative conversations declined from a peak of 50 to a low of 10 by the end of the post-launch period. By tracking real-time negative reactions and criticism during the launch, player feedback actually served as a “safety net” for the company to quickly figure out its problem areas. So in addition to the company’s QA efforts, the players helped by focusing on the troubleshooting of bugs and other technical issues. Such quick actions not only solved the tech side of things, but also contributed to the third and final challenge. As the game’s technical problems were fixed, the game’s players’ complaints were reduced. The result: their positive scores and conversations contributed to the company’s overall positive brand sentiment. With 9.2 initially, and an 8.8 positive brand sentiment for the post-launch time-period, the company managed to register many happy players for its new game offering.

All of the three challenges were met with major improvements for the gaming company, thanks to the fast collection and analysis of their player feedback by Affogata. The company recorded positive product acceptance results while also locating and fixing launch bugs and other technical issues quickly. This resulted in a major reduction in players’ complaints, thus contributing to a good sentiment score and higher gamers satisfaction.

Staying on top in such a competitive market means tracking, monitoring and analyzing your player voice, but also responding fast to their comments and complaints. Their reactions to the company’s actions led to a further understanding that such actions were positive and helpful. Judging by the overall brand sentiment score, the company provided not only an attractive new game to its players but also a great and prompt service. A win-win situation for both sides indeed.

For tracking, monitoring and analyzing millions of players’ feedback points, Affogata‘s customer intelligence platform delivers real-time player insights from all over the open web. The AI-analytics platform supplies gaming companies with an accurate sentiment analysis of their games and brand and helps them make more data-driven product and game decisions for their next move.

Whether on niche forums like Discord, Vanilla or Reddit, social media platforms or app stores, once players talk about the game or the company, the AI-powered platform gathers the customer feedback and turns it into insights such as sentiment analysis, trending topics and keywords and much more.

There are also alerts on player conversation peaks and what caused them. When players report bugs, the company can act quickly to fix them. If a game launch fails, the company can figure out what went wrong based on the player voice. And if a company’s customer service draws negative responses from players, Affogata’s analysis can pinpoint the problem areas that the company must fix.