Tenjin and GameAnalytics release Q4 Hyper-Casual Games Benchmark Report
01.02
Chris Zukowski: Steam can only promote up to around 500 indie games per year
30.01
Wargaming top manager called a terrorist by KGB Belarus
30.01
AI USE CASE: How a mobile game development studio saved $70K in expenses
27.01
Sensor Tower: Subway Surfers was most downloaded game in Q4 2022, but the Stumble Guys showed fastest growth
26.01
The Day Before loses its page on Steam. Developer cites trademark complaint
25.01
125 games industry professionals from 85 companies attended WN Connect business event in Belgrad
24.01
Blizzard caught up in scandal. Again. This time it is all about ranking its employees
24.01
Cyberpunk 2077 quest director Paweł Sasko on game’s non-linearity: “Players expected more because of the fact how The Witcher 3 is built”
23.01
Key success factors for ZERO Sievert, top-down extraction shooter that generated over $1 million in its first week
23.01
All news
Featured 24.12.2021 13:29

Joining us on Christmas Eve for another “2021 in Video Games” episode is Michael Hudson, CEO and Co-Founder of GameBake. Founded in 2019 by mobile games developers Michael Hudson, Rocky Grant and George Abdallah, GameBake is a game distribution platform that provides end-to-end distribution, monetisation and marketing solutions. GameBake works with global platforms such as Huawei’s AppGallery and Samsung’s Galaxy Store. 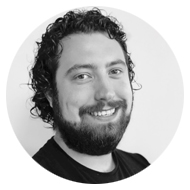 How did 2021 treat the company? Successes? Failures? Important learnings?

It was a huge year for us! We soft launched the GameBake platform in May and massively built up our developer/publisher and platform partnerships. We have already onboarded almost 50 games and started setting them live in Q4, delivering strong initial performance that will ramp up in 2022. This autumn we also secured funding from Innovate UK.

I wouldn’t say there were failures — let’s call them lessons! We initially soft launched with an SDK and quickly found that developers are tired of integrating dozens of different SDKs. So we quickly retooled to go SDK-less, meaning games can be deployed directly through GameBake. We also learned to expect delays in game launches and to build these into our timelines!

What market development or trend stood out to you in 2021?

The changes to marketing on iOS really ramped up interest from devs in getting their games on alternative Android stores, as well as social and browser HTML5 gaming platforms to make up for revenue drops. Tough for the industry but mostly pretty good for us!

I think going SDK-less is a part of a trend too. We realised endless SDKs have really bugged devs for ages, so tech companies like us really need to take this into account and realise that devs will eventually build their own products if we can’t make ours easy to use.

Finally, due to various policy changes, it became even more difficult to work with the Chinese games industry, which is a shame because there are so many amazing games and platforms out there. It’s unlikely to get easier in the short term.

We’ll also launch our UA and monetisation offerings for various ecosystems in 2022 which will be available not only to GameBake customers, but to games already deployed on those platforms too, helping them monetise better. We’re really excited about this.

Loads of games have done amazingly this year but I honestly don’t get a chance to play as many as I probably should. That being said, I have enjoyed Beatstar from Space Ape as I think they have done very well in bringing that feeling Guitar Hero used to provide back in the day to a mobile audience.

I am dying to finish The Last of Us 2 over the Christmas break and also spend some time on the new Age of Empires as well as finally getting around to completing Gears of War 5. As you can probably tell, even when you work in the industry, playing games rarely gets to be number one priority!