Chris Zukowski: Steam can only promote up to around 500 indie games per year
30.01
Wargaming top manager called a terrorist by KGB Belarus
30.01
AI USE CASE: How a mobile game development studio saved $70K in expenses
27.01
Sensor Tower: Subway Surfers was most downloaded game in Q4 2022, but the Stumble Guys showed fastest growth
26.01
The Day Before loses its page on Steam. Developer cites trademark complaint
25.01
125 games industry professionals from 85 companies attended WN Connect business event in Belgrad
24.01
Blizzard caught up in scandal. Again. This time it is all about ranking its employees
24.01
Cyberpunk 2077 quest director Paweł Sasko on game’s non-linearity: “Players expected more because of the fact how The Witcher 3 is built”
23.01
Key success factors for ZERO Sievert, top-down extraction shooter that generated over $1 million in its first week
23.01
Dragon Age: Dreadwolf production director Mac Walters leaves BioWare after almost 20 years
23.01
All news
Deals 23.11.2021 18:47

HypeHype, formerly known as Frogmind, has raised €13 million from Supercell. The company will spend this investment to develop and support its own platform, which allows users to create and remix their own mobile titles. 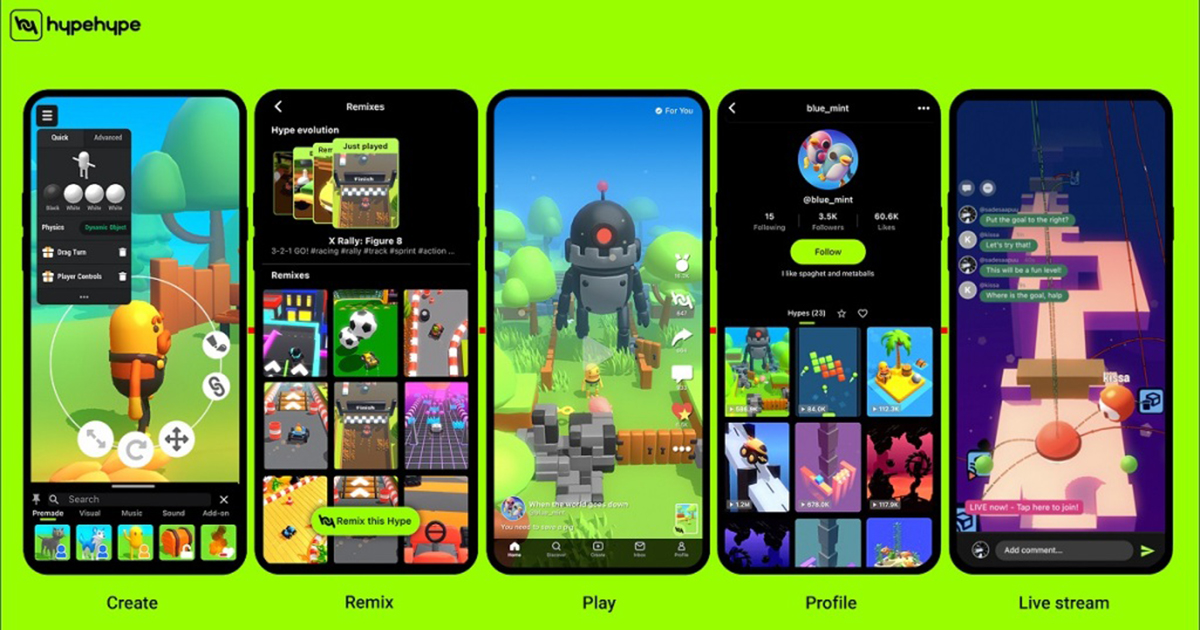 At its core, HypeHype is similar to platforms like Roblox. Players can create their games using a no-code editor and ready-made assets, as well as collaborate, socialize, and compete with other users.

The ability to remix and create new versions of existing games on the platform is what makes HypeHype stand out from its competitors. Users can add new features and levels, or even switch mechanics and genres of other UGC titles.

“We are excited to see the HypeHype team’s bold and ambitious vision to revolutionize how games are created and played,” Supercell Investment Lead Jaakko Harlas said. “At Supercell, we are huge believers in the power of UGC and giving creators new and innovative outlets for their creativity.”

Players have already created more than 132,000 games on the platform since HypeHype entered early access in the Philippines earlier this year. It is now available on PC (as an HTML5 web app) and mobile in selected regions.

The company behind HypeHype was previously called Frogmind. It is best known for creating mobile titles like Badland and Rumble Stars. HypeHype now employs 37 people.