Chris Zukowski: Steam can only promote up to around 500 indie games per year
20:40
Wargaming top manager called a terrorist by KGB Belarus
17:19
AI USE CASE: How a mobile game development studio saved $70K in expenses
27.01
Sensor Tower: Subway Surfers was most downloaded game in Q4 2022, but the Stumble Guys showed fastest growth
26.01
The Day Before loses its page on Steam. Developer cites trademark complaint
25.01
125 games industry professionals from 85 companies attended WN Connect business event in Belgrad
24.01
Blizzard caught up in scandal. Again. This time it is all about ranking its employees
24.01
Cyberpunk 2077 quest director Paweł Sasko on game’s non-linearity: “Players expected more because of the fact how The Witcher 3 is built”
23.01
Key success factors for ZERO Sievert, top-down extraction shooter that generated over $1 million in its first week
23.01
Dragon Age: Dreadwolf production director Mac Walters leaves BioWare after almost 20 years
23.01
All news
Industry News 16.08.2021 16:36

Biubiubiu (硬汉枪神) is a new Chinese film about a streamer who forms an esports team with his friends. A video game presented in the movie is very similar to PUBG. That’s why Krafton is now considering legal actions against its creators.

Biubiubiu was released on August 6 on Alibaba’s streaming service Youku, Bloomberg reports. It received positive reviews from viewers, who found a lot of similarities with the famous battle royale title. As for now, it has a 7.3/10 rating on Douban, Chinese version of Rotten Tomatoes.

The movie took a lot of elements from PUBG, including weapons, inventory, and even some camera angles. Its poster obviously draws inspiration from the game too. 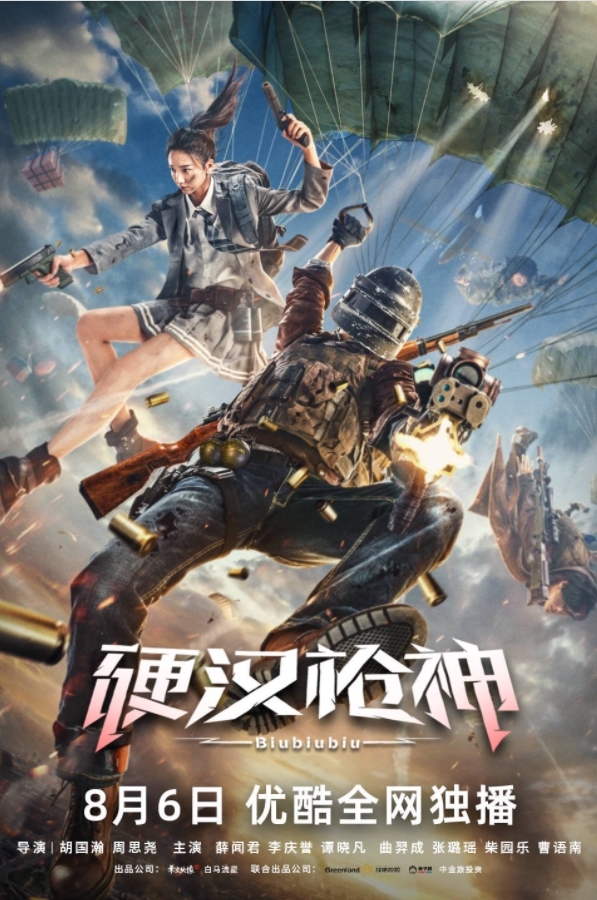 The problem is that the filmmakers didn’t secure rights to use PUBG in Biubiubiu, saying that the movie was nothing similar to the popular game. The credits even contain a disclaimer about any similarities being coincidental.

Krafton, which owns rights to the IP, stated that it wasn’t involved in the production. The South Korean company now might sue the filmmakers.

In July, Niko Partners senior analyst Daniel Ahmad noted that PUBG and its mobile version Peacekeeper Elite are very popular in China. So it shouldn’t be a surprise that local filmmakers decided to make a movie inspired by it.