Russian payment services company Xsolla has fired 150 employees at once. What caused controversy wasn’t the staff reduction itself but the CEO’s letter, in which he tried to explain the reason behind this decision. 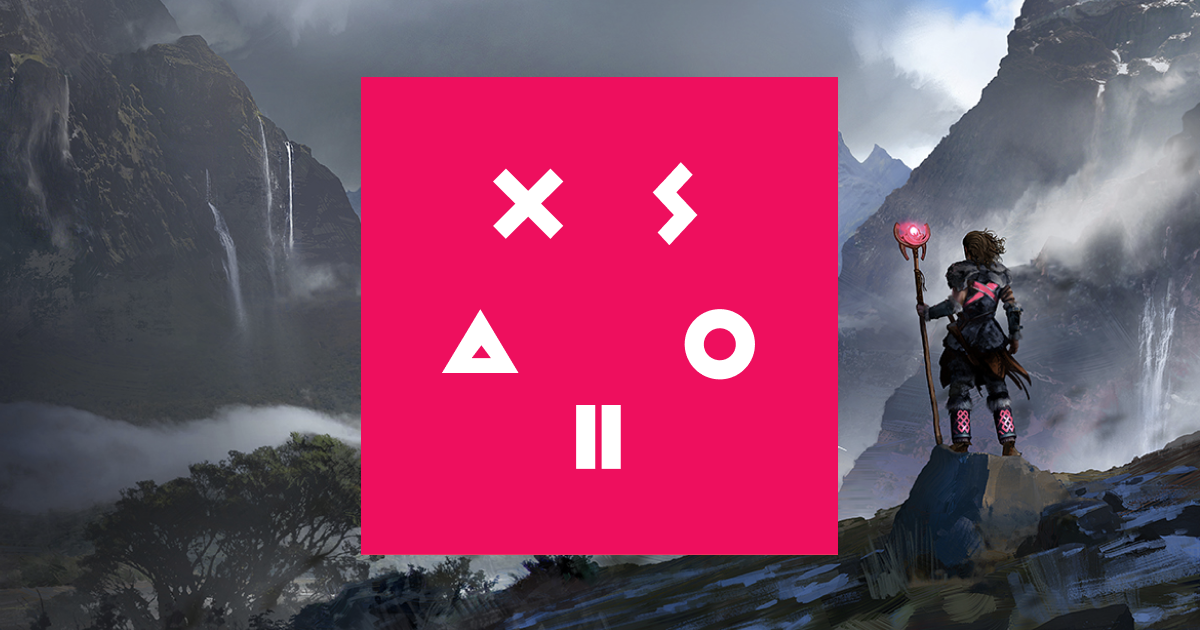 The email written by Xsolla CEO and founder Aleksandr Agapitov leaked on August 3. At first, some people suspected that it could have been fake, but its authenticity was later confirmed by some local game outlets and the company itself.

150 people were fired from the company’s office in Perm, Russia. Agapitov informed his employees that they were being let go via the letter saying that they have been terminated based on big data analysis of their activity.

Here’s the full translation of the email:

You received this email because my big data team analyzed your activities in Jira, Confluence, Gmail, chats, documents, dashboards and tagged you as unengaged and unproductive employees. In other words, you were not always present at the workplace when you worked remotely.

Many of you might be shocked, but I truly believe that Xsolla is not for you. Nadia and her care team partnered with seven leading HR agencies, as we will help you find a good place, where you will earn more and work even less. Sasha will help you get a recommendation, including the one from myself. And Natalia will read you your rights.

Once again, thank you for your contribution. If you want to stay in contact with me, please write me a long letter about all your observations, injustice, and gratitude.

In the end of the letter, Agapitov also shared a “list of those expelled.” 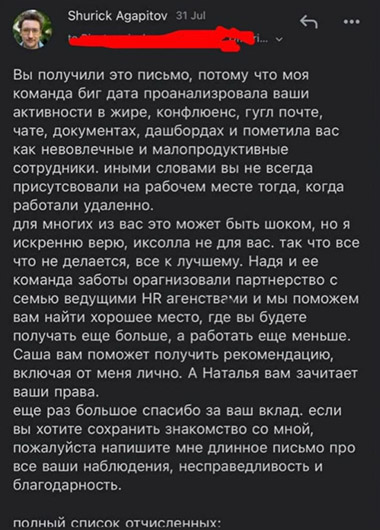 Agapitov later told App2Top.ru that Xsolla sometimes has to take difficult and unpopular measures to keep growing and evolving. “We want all our employees to think daily about how their actions and decisions affect the company’s fate and success because we have very ambitious goals in the coming years; it is one of Xsolla’s values and it is reflected in everything — from operating standards to compensation system,” he said, adding that all employees will receive compensation packages and help from HR agencies.

As a result, Xsolla faced backlash for what was perceived as secretly spying on its employees. Many people also criticized the letter’s tone.

According to Russian HR expert Alyona Vladimirskaya, using big data and AI in HR shouldn’t violate employees’ rights. “Measuring employees’ performance by their network time and engagement rather than by digitized work results is both outdated and extremely ineffective,” she said, also advising the dismissed employees to sue the company for its actions.

You might also want to check out our summary of Agapitov’ interview regarding the layoffs. And here’s what a laid-off Xsolla employee has to say about the situation.

Updated August 5, 6.58 a.m. PST: Aleksandr Agapitov, CEO and founder of Xsolla, held a press conference and explained that the mass layoffs are due to the fact that the company has stopped showing 40% growth. He also released another controversial statement on Twitter. More on that here.