Chris Zukowski: Steam can only promote up to around 500 indie games per year
30.01
Wargaming top manager called a terrorist by KGB Belarus
30.01
AI USE CASE: How a mobile game development studio saved $70K in expenses
27.01
Sensor Tower: Subway Surfers was most downloaded game in Q4 2022, but the Stumble Guys showed fastest growth
26.01
The Day Before loses its page on Steam. Developer cites trademark complaint
25.01
125 games industry professionals from 85 companies attended WN Connect business event in Belgrad
24.01
Blizzard caught up in scandal. Again. This time it is all about ranking its employees
24.01
Cyberpunk 2077 quest director Paweł Sasko on game’s non-linearity: “Players expected more because of the fact how The Witcher 3 is built”
23.01
Key success factors for ZERO Sievert, top-down extraction shooter that generated over $1 million in its first week
23.01
Dragon Age: Dreadwolf production director Mac Walters leaves BioWare after almost 20 years
23.01
All news
Industry News 14.07.2021 18:52

Thanks to the official stats shared by CD Projekt, we know that players have spent 6.3 million hours in the character creator on Cyberpunk 2077. However, for all the stuff gamers have done in the game, there’re still plenty of activities that they haven’t completed because the developer removed the content once promised for the title.

Fans have found a creative way to remind the studio about the deleted features. A new wave of memes started to circulate on the Cyberpunk 2077 subreddit earlier this week.

For example, one user posted an image with caption: “0% of players have ridden on the subway.” It’s ironic because CD Projekt initially promised that players will be able to use Night City’s subway. 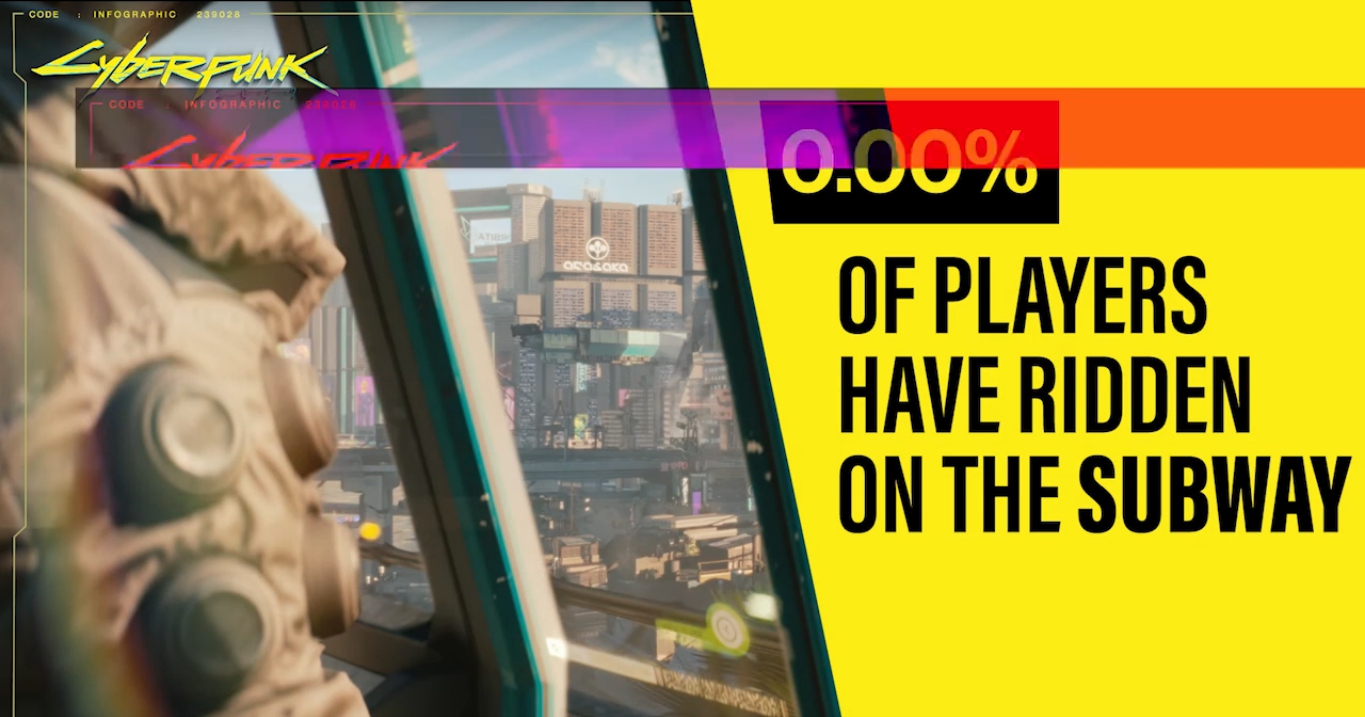 There are tons of features that have been cut from popular AAA games during the development process, so Cyberpunk 2077 isn’t unique. However, a very early announcement, a few delays, and a lot of technical issues at launch made many fans upset about “broken promises.”

That’s why redditors decided to recall other features that have been removed from the game and make some jokes about them. They are now creating memes, mocking CD Projekt’s series of posts #CyberpunkInNumbers.

So far, players have spent 6.36 million hours in the character creator. That’s over 13 times more hours than Johnny Silverhand’s digital construct has spent in the Relic. #CyberpunkInNumbers pic.twitter.com/MUDPoISPob

0 bullets were fired from a player’s vehicle, 0 apartments were purchased, $0 million was spent on car customization, 0 players modified V’s appearance… the list of features cut from Cyberpunk 2077 goes on and on. 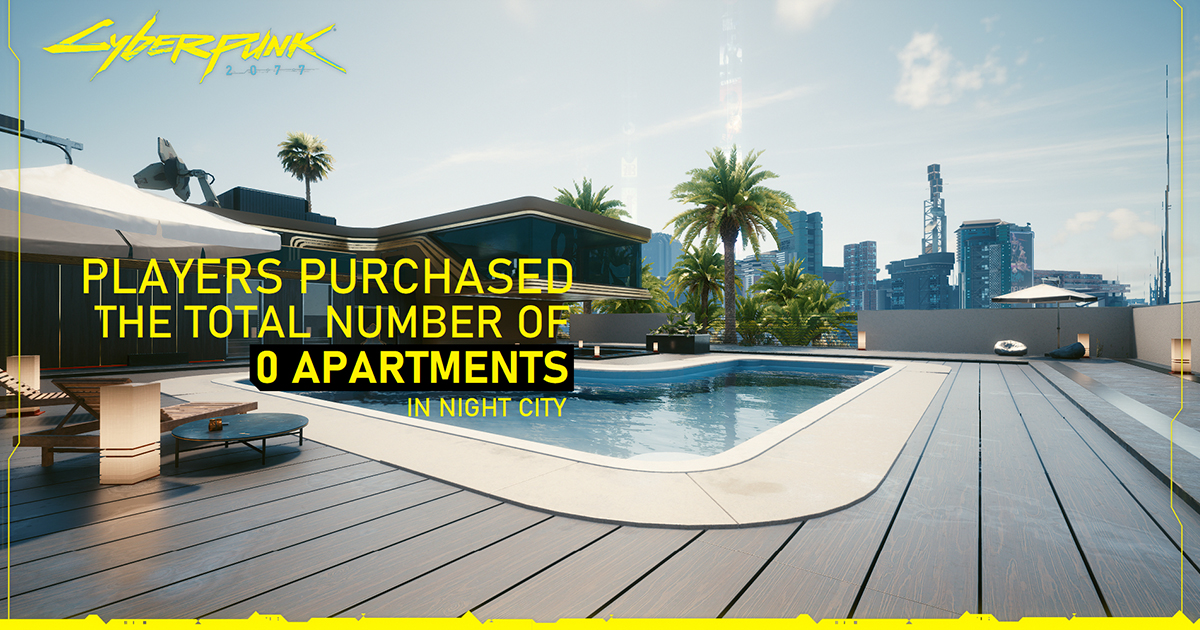 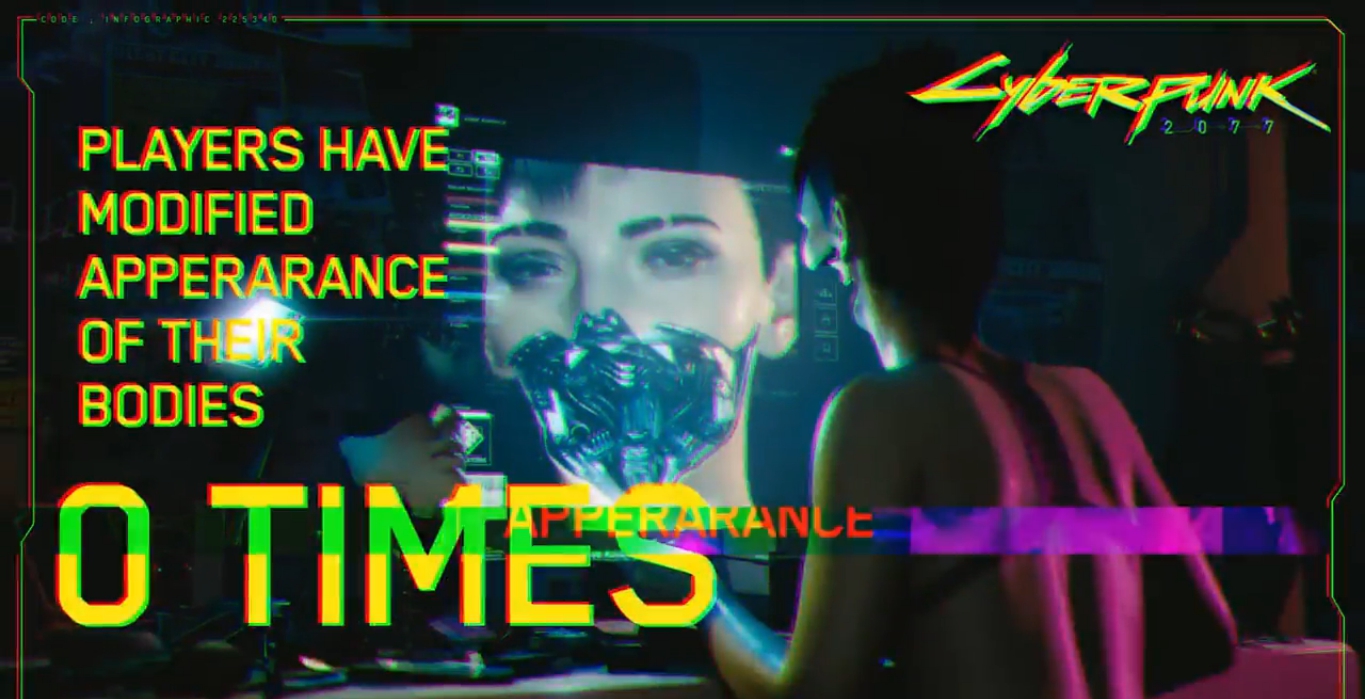 Some users recalled the game’s quality at launch. “Our quality assurance team has only found 3 major issues since 2 weeks, even though there are like 1000s of posts on YouTube and Reddit listing out the major issues with the game,” a picture mocking CD Projekt’s post “Top reported issues” reads. 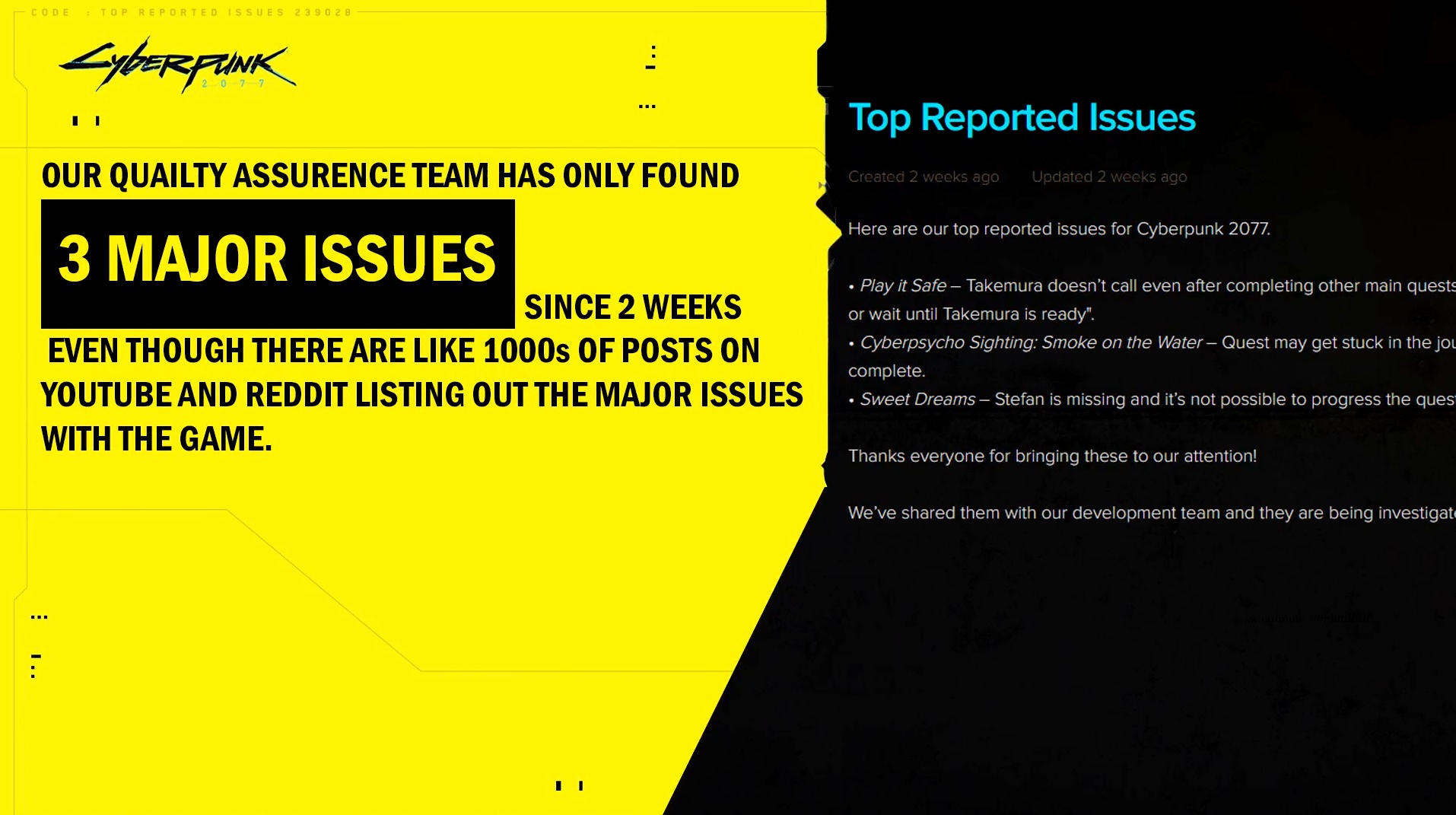 Despite all the issues, Cyberpunk 2077 still has a lot of fans. Thanks to its return to PS Store, it became the most downloaded game for PS4 of the month.