Chris Zukowski: Steam can only promote up to around 500 indie games per year
30.01
Wargaming top manager called a terrorist by KGB Belarus
30.01
AI USE CASE: How a mobile game development studio saved $70K in expenses
27.01
Sensor Tower: Subway Surfers was most downloaded game in Q4 2022, but the Stumble Guys showed fastest growth
26.01
The Day Before loses its page on Steam. Developer cites trademark complaint
25.01
125 games industry professionals from 85 companies attended WN Connect business event in Belgrad
24.01
Blizzard caught up in scandal. Again. This time it is all about ranking its employees
24.01
Cyberpunk 2077 quest director Paweł Sasko on game’s non-linearity: “Players expected more because of the fact how The Witcher 3 is built”
23.01
Key success factors for ZERO Sievert, top-down extraction shooter that generated over $1 million in its first week
23.01
Dragon Age: Dreadwolf production director Mac Walters leaves BioWare after almost 20 years
23.01
All news
Game Development 21.05.2021 16:39

Yesterday, the world celebrated the Global Accessibility Awareness Day. Developer and lecturer Alan Zucconi put together a thread with some stats and links to resources on accessibilty in games.

According to Zucconi, the number of people living with a disability exceeds 2 billion. In his thread, he discusses four types of disabilites and the way game developers address them.

In around 300 million colour blind people in the word, deuteranopia is found most often. It affects how people perceive red and green tones. Zucconi cites FTL and Hue as good examples of games that managed to strike a balance between aesthetics and accessibility. Both titles have the option to add patterns to colour-coding, which are generally easier to read.

There’s a detailed guide by Zucconi on designing games with color blind gamers in mind.

Outside of adding subtitles to all games featuring dialogues, devs might want to design their UI so as to visualize all the relevant information from audio clues. Fortnite is a good example of how to achieve that. 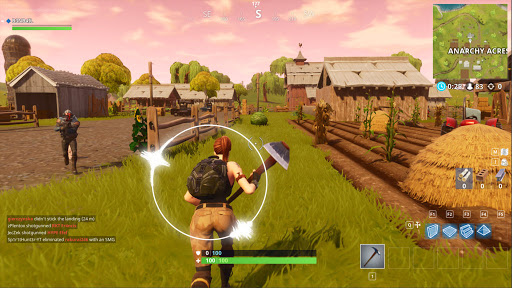 Cognitive impairment affects thoughts, memory and how information is processed. As a result, puzzle-heavy games or games with a long tasks and a lot of bactracking might become inaccessible. To address this type of disability, Zucconi suggests the following solutions:

And exemplary set of accessibility options can be found in Shadow of the Tomb Raider.

One of the most obvious solutions that improve accessibility is making the controls fully remappable. The developers of Celeste went even further and added options for how many times you can jump in mid-air. Players can even turn invincibility and endless stamina on/off.

An even more profound way to approach this might be to make alternative controllers. Information on custom solutions can be found here and here.

A little extra something

While the thread doesn’t hope to exhaust all existing forms of disability, there are some useful links to articles covering the issue in more detail.

Additionally, on Reddit, someone called TitsLoverFromSpace (great username, by the way) recommends Color Oracle color blindness simulator, as well as OpenDyslexic, a typeface designed against some common symptoms of dyslexia.

You might also want to check out Laura K Buzz’s series Access-Ability, in which she discusses some lesser known disabilities.

Finally, Josh Bycer in his latest piece on Accessibility in Game Design argues that accessibility options are “not expensive to implement, especially if you start your game’s development with the mindset of including them.” He cautions, though, against thinking there is a checklist for accessibility: “that if a game has A, B, and C, it’s automatically accessible to everyone.” 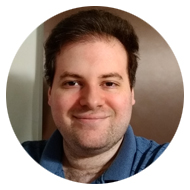 There are certain elements that are universal, such as control rebindings, volume sliders, and text size that can fit any videogame. However, accessibility needs to be approached differently for each genre and each gameplay loop; what works in one doesn’t necessarily work in another. For a game to be accessible, it’s important to look at what are the major pain points and walls that are stopping someone from experiencing a game.