German mobile game developer and publisher InnoGames has been growing consecutively for more than 10 years. In 2020, it hit a record-breaking revenue of over $260 million.

It also managed to end 2020 with an EBITDA margin of 29%. It is the 14th year in a row when InnoGames has grown financially. 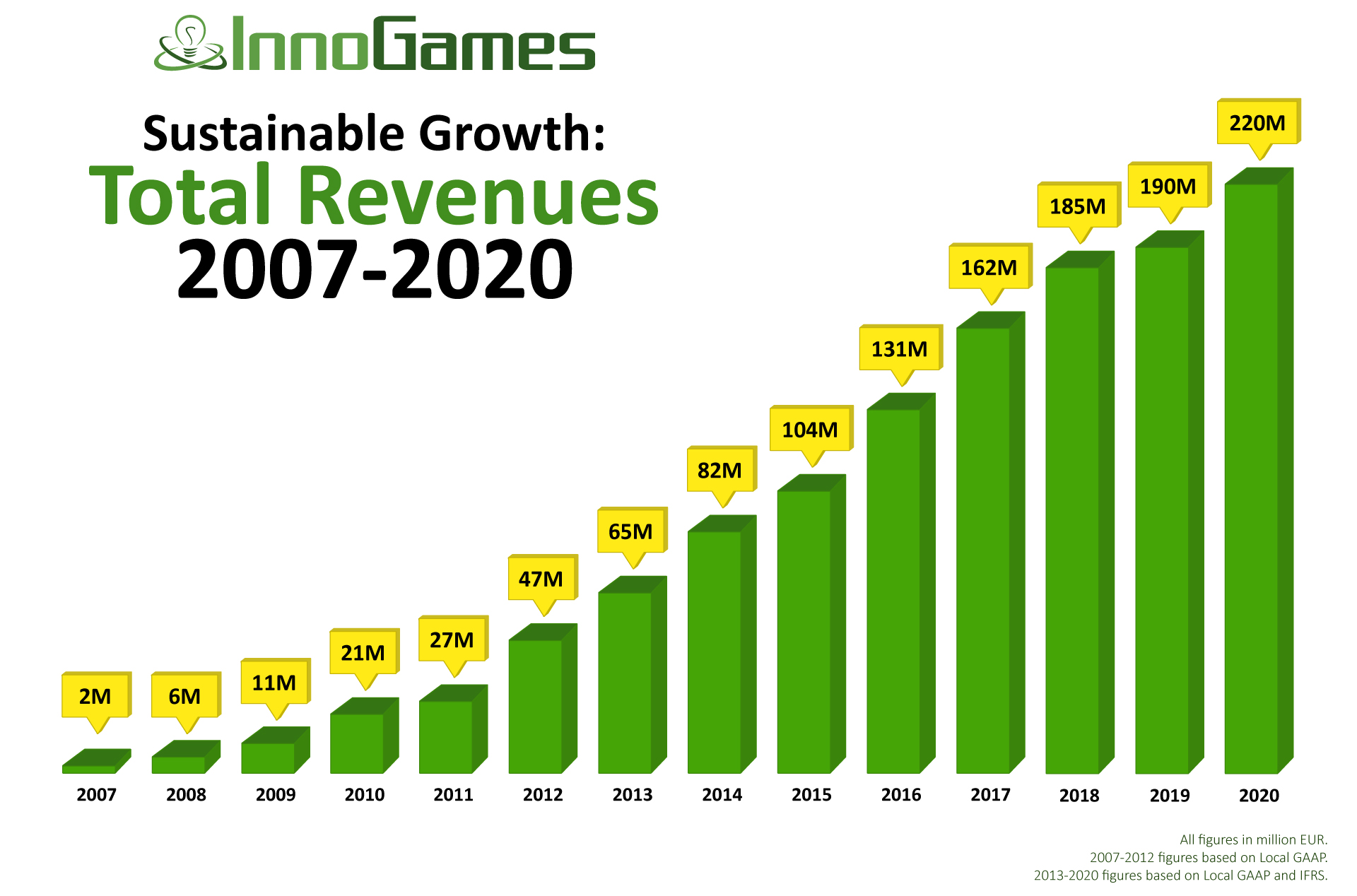 Key games and drivers of the growth

“Our seamless transition to home office and our core strengths allowed us to continue to provide high-quality virtual worlds for players to safely connect,” InnoGames co-founder and CEO Hendrik Klindworth says.

InnoGames, founded in 2007, is known for developing and publishing mobile and browser games. The company now has seven live games and a few titles in production.