Chris Zukowski: Steam can only promote up to around 500 indie games per year
30.01
Wargaming top manager called a terrorist by KGB Belarus
30.01
AI USE CASE: How a mobile game development studio saved $70K in expenses
27.01
Sensor Tower: Subway Surfers was most downloaded game in Q4 2022, but the Stumble Guys showed fastest growth
26.01
The Day Before loses its page on Steam. Developer cites trademark complaint
25.01
125 games industry professionals from 85 companies attended WN Connect business event in Belgrad
24.01
Blizzard caught up in scandal. Again. This time it is all about ranking its employees
24.01
Cyberpunk 2077 quest director Paweł Sasko on game’s non-linearity: “Players expected more because of the fact how The Witcher 3 is built”
23.01
Key success factors for ZERO Sievert, top-down extraction shooter that generated over $1 million in its first week
23.01
Dragon Age: Dreadwolf production director Mac Walters leaves BioWare after almost 20 years
23.01
All news
Featured 25.02.2021 22:56

WN Media Group CEO Pavel Räikkönen has posted an overview of the global gaming market trends. The report also attempts a number of predictions on where we will see the industry evolve in the coming years. The global video games market will, according to Räikkönen, continue on its path of consolidation. Big companies are expected to further strengthen their positions via M&A activities that will not slow down until at least 2023. And while it’s pretty clear that the likes of Tencent and Embracer will keep snapping up video games companies, another boost will come from investors who have traditionally been interested in other industries.

The grow, though, comes at a price. The industry is inviting an increasing amount of regulatory intervention from the authorities, including censorship. Personal data safety, national security, racial agenda, the COVID-19 pandemic — video games have suddenly found themselves at the very forefront of the most dramatic developments of 2020.

As a result, we are probably looking at the market getting heavily regulated over the next couple of years, in ways not dissimilar to what the oil industry experienced in the early 20th century.

In the console department, the analyst sees no signs of the competition easing off between the platforms. Microsoft is gearing up to try and win the market back. Moreover, Nintendo will continue to challenge the bipartisan hegemony of PlayStation and Xbox.

Cloud gaming solutions will finally begin to account for an increasingly noticeable market share in 2021, additionally fuelled by the expanding deployment of 5G networks. Speaking of 5G cloud gaming, it will explode the market as the new generation of mid-end devices begin to support high-profile titles.

As for VR and AR, we will not see a lot of growth in the segment until more affordable and convenient headsets are made available. This, along with the rollout of more relevant content, is likely to happen within the next 3 to 5 years.

Zooming in on the regional economies, Räikkönen explains how China will be essentially forced to step up their game in expanding to the Western markets.

In conclusion, the report analyzes the tectonic shifts in workflows and processes triggered by the adoption of the WFH model. Overall, Räikkönen believes the WFH provisions do not necessarily translate into increased productivity. Instead, he predicts the rise of the hybrid model, which, however, will take time for the companies to adjust to. Studios will spend a lot of 2021 struggling to rebalance office spaces and remap the regions of presence. They will also have to review their wage policies now that the pay is no longer directly tied to where employees are based. 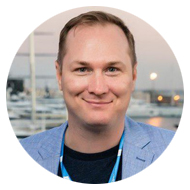 We are witnessing something truly unique. Borders are aggressively enforced, travel between countries is cut off, lockdowns and whatnot are imposed in the physical world. And then there is increasingly more freedom, more globalism in the virtual one. Two worlds coexist regulated by different rules but populated by the same people.