Kefir’s Yuri Lyashenko: “Don’t be afraid to ask and discuss”

As part of WN Dev Contest, we are discussing the industry with the jury members. In this installment, we catch up with Yuri Lyashenko, Producer at Kefir. 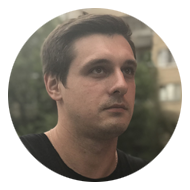 GWO: What do developers usually do wrong when negotiating with a publisher?

Any advice on how to avoid that?

The only advice I can give in this situation is don’t overestimate your strengths and certainly don’t underestimate development timelines. It’s pretty obvious that the shorter iterations are, the more predictable and precise the estimation is. That’s why it’s all about task decomposition! At least it will allow you to determine in advance the lag behind the schedule and the moments where you need to step it up. But even if, despite a twenty-hour workday and an eight-day workweek, it is not possible to finish work on time, you need to warn [the publisher] about it in advance. After all, I think you’ll agree that when someone says “we need another six months” two hours after a failed planned release, it’s a little unprofessional.

Actually, it’s quite questionable to speak about all developers in general and to condemn their “mistakes.” It’s not like our experience puts us on the pedestal. Probably, it’s more adequate to talk about problems young teams can have early in the talks with a publisher, as well as in the process of cooperation. And the main advice is the same, at least as far we are concerned: don’t be afraid to ask and discuss. It’s better to consider any issue, from scaling the team to the further direction of project development, from different perspectives. We’ve faced some issues ourselves, so we have practical experience, we can at least share our opinion. In any case, such communication is much more productive than taking a leap into the unknown while totally igoring the problems.

During the talks with a publisher, do the parties agree on a specific marketing budget?

I think every publisher has their own approach so I’m only talking on behalf of Kefir here. There are two points of view: “a good game promotes itself” and “let’s hand out flyers on the street.” Obviously, you aim for the first one. However, it’s foolish to underestimate the power of marketing. If your project is so cool that every user spends $0.99 on it without hesitation, then promoting the game will only raise the curves of the charts and completely remove the caps on the numbers. At the same time, if no one is intrested in the intricacies of your storyline, then no amount of money will help. Unfortunately, accurate prediction of players’ behavior after launch is quite problematic even if you closely follow the game designers’ guild guide and use the most reliable analytical data. That’s why discussing exact numbers doesn’t seem to be a super viable idea. We have a certain budget for experiments. However it can be adjusted for different projects.

But how much would you say it makes sense for a developer to ask for?

Developers shouldn’t ask for a budget. If you trust your business partner, let them do the work they know better and they have more experience in. And if you don’t trust your partner, why did you sign up for this in the first place?

Right. At least what is the correlation between the marketing budget and production budget?

The budget of all dead games could probably cover the costs of building one Hyperloop tunnel, while their promotion budget could be used for another one in the opposite direction. There is no direct connection between development costs and creating a hit, and we’lve already covered promoting unexсiting projects.

There are many publishing companies in the market. Each offers its own set of functions / responsibilities. What is publishing for you? Where does a publisher’s work begin and where does it end?

Probably the main difference between us and other publishers is that we are, in fact, not publishers. Game development has always been and will always be our main passion, work, and mission. We are not interested in projects that just earn money. We only aim for hits made both by ourselves and in cooperation with external teams. And since we know a thing or two about creating successful projects, that’s our main advantage, we can advise on how to make the project better.

Our collaboration can start when you have a vertical slice of your game or earlier when you have at least a playable prototype. Or even earlier, when you don’t have a project but have a team. It can start even earlier than that, when you have no team but have an idea for a future conqueror of charts written down on a piece of paper. We can always work out our interaction options and provide our support both in the theoretical part we’ve talked about earlier, and in the technical area as well as in analytics and marketing.

Of course, don’t think that it’s all about charity and we give money to all interested people just like that. We have a very thorough selection process and the requirements are pretty high. So, a generic farming simulation game for social networks isn’t likely to get much attention. Any money-based partnership imposes obligations on both parties. But since our basic income has always been and will be connected with game development, in most cases we can make a much more interesting offer even from the financial perspective!

So going back to the question of when our work as a publisher starts — at any time and at any stage. Where it ends is set out in the agreement. But the majority of our relationships last many years and are rewarding for both parties.

What kind of games are you looking for at the contest?

First of all, we are looking for developers and teams that are passionate about ideas. Ideas of unusual and cool games. So we are not really sticking with any one genre/platform/tech. Those who really want and can make hits will do that regardless of any requirements.