It Takes Two hits 10 million unit sold. “Nobody expected this,” says Josef Fares
03.02
Over 1 million Chinese players apply for refunds due to expiration of Blzzard’s agreement with NetEase
03.02
NCSoft West lays off 20% of employees as part of ‘global realignment’
03.02
Organic discovery and app store featuring to be declared dead in 2023, according to Deconstructor of Fun
02.02
Dwarf Fortress made $7.2 million in January, 44 times more than in all of 2022
02.02
PlayStation reports 53% Q3 revenue growth, driven by strong sales of consoles and third-party games
02.02
Tenjin and GameAnalytics release Q4 Hyper-Casual Games Benchmark Report
01.02
Chris Zukowski: Steam can only promote up to around 500 indie games per year
30.01
Wargaming top manager called a terrorist by KGB Belarus
30.01
AI USE CASE: How a mobile game development studio saved $70K in expenses
27.01
All news
Featured 25.01.2021 14:59

Babil Games’ MJ Fahmi: “Numbers give the best answer as to what players prefer most”

As part of WN Dev Contest, we’ll be discussing the industry with the jury members. In this first installment, we catch up with MJ Fahmi, CEO of Babil Games. 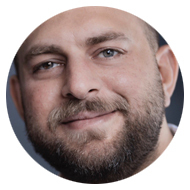 GWO: Developers are often concerned that somebody might steal their idea and concept. Does it happen a lot?

MJ Fahmi: Actually, competitors do that a lot, but it’s not something devs should be worried about if they are a good team. All teams have ideas, and most of these ideas have already been realized before or someone is working to realize them right now. So it’s important to not just get the idea out in the market first. It’s important to execute it at a certain level of quality achieved through your strengths, capabilities and experience.

Those first to hit the market will always have the advantage of being the pioneer and will get loyal players. But execution goes a long way. Even if you weren’t the first but you have good coding, great, if not better, gameplay and player support, then you will always find success.

Let’s talk about mobile publishers. There was a time when a lot of publishers picked projects for their portfolio, but they were not ready to invest in promotion. They only spent money on a small initial boost, looked at the performance, and then, if it didn’t take off, they lost interest in the project, but never let it go, since the pool of projects helped them generate a lot of downloads for cross-promotion. Do publishers still do that? How to make sure this doesn’t happen to your game?

Yes, some publishers still do that. To prevent that from happening, you have to look at the publisher’s profile and see how many games they publish per year. If that information is not available somehow, you need to dig deeper by using store analysis tools, as that should show the base KPIs of the games (downloads, marketing campaigns and performance of the app). That should give you a definitive answer.

There are many publishing companies out there. Each offers their own set of functions / responsibilities. What is publishing for you? Where does a publisher’s work begin and where does it end?

Our work begins when the developer has a build ready for technical tests. We implement our own SDKs and get to it. We help them improve the game, modify it so as to reach better KPIs across all aspects. We rely on our advanced marketing analysis tools to polish the title and bring it to the soft launch phase.

Speaking of the interaction with the team. Publishers oftern assign producers to oversee a project. Sometimes, the team has one vision, the producer has another. How do you resolve these conflicts?

Well, that’s easy. Vision is always important. Without it, games have no soul! But we would always resolve this through A/B/C testing to make sure that the producer, the team and the publisher all get to test what they think is best. Numbers and KPIs always give the best and truest answer as to what the players prefer most.

What about WN Dev Contest? What kind of games are you looking for at the contest?

We are looking for Midcore to Hardcore games. Especially multiplayer titles.  So it could be anything from Match3 with meta to FPS, Strategy, Racing and more.