Why Apex Legends Mobile got shut down despite being EA’s sixth highest-grossing mobile game in 2022
21:14
Nintendo announces 10% pay raise for all Japanese employees to drive long-term growth
16:31
Activision Blizzard posts record quarterly bookings on Blizzard’s strong growth and Call of Duty blockbuster sales
14:21
Microsoft’s chances of clearing Activision Blizzard deal in US and Europe to fade away if UK watchdog decides to block it
13:01
John Carmack on video game preservation and why companies suffer more harm by destroying something dear to players
06.02
Jeff Gaimon on expanding EA Originals beyond just indie games: “It’s like a menu. It depends on what devs want”
06.02
It Takes Two hits 10 million unit sold. “Nobody expected this,” says Josef Fares
03.02
Over 1 million Chinese players apply for refunds due to expiration of Blzzard’s agreement with NetEase
03.02
NCSoft West lays off 20% of employees as part of ‘global realignment’
03.02
Organic discovery and app store featuring to be declared dead in 2023, according to Deconstructor of Fun
02.02
All news
Industry News 01.10.2020 17:19

This is coming from the GOG team directly.

“Today, we’re happy to invite the first group of gamers to test the brand new store we’re working on, and share their feedback with us, the announcement reads. “In the new store, we will be welcoming games from both GOG.COM and beyond – including titles previously exclusive only to other gaming platforms. With the internal beta launching today, invited users will have the option to buy games from a selection of hand-picked Epic Games Store exclusive titles, alongside all GOG.COM games. Most importantly, all purchases are covered by our 30-days refund policy as well as 24/7 human support.” 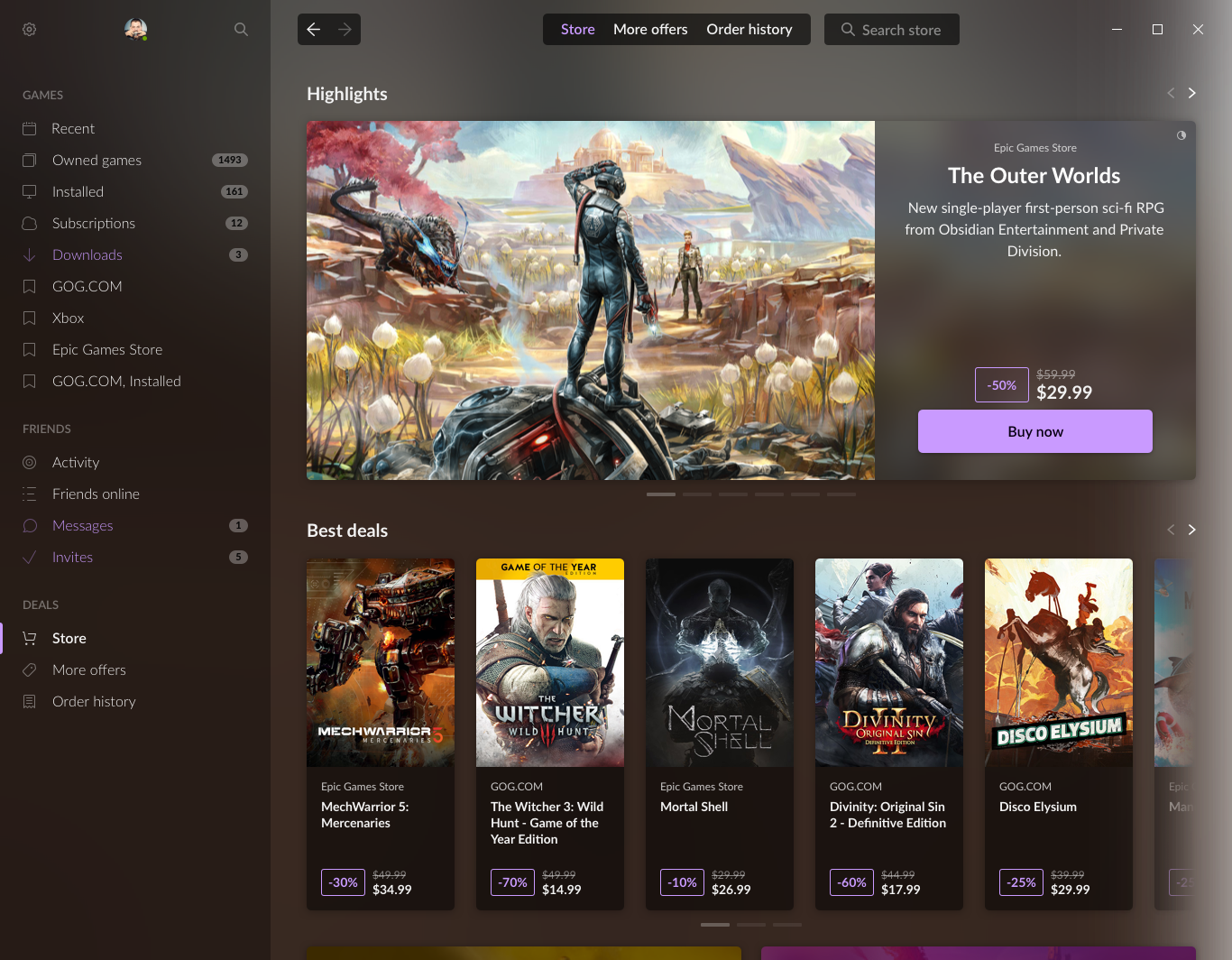 The company is inviting more gamers to participate in the internal beta test that will soon include more titles and new features.