Chris Zukowski: Steam can only promote up to around 500 indie games per year
20:40
Wargaming top manager called a terrorist by KGB Belarus
17:19
AI USE CASE: How a mobile game development studio saved $70K in expenses
27.01
Sensor Tower: Subway Surfers was most downloaded game in Q4 2022, but the Stumble Guys showed fastest growth
26.01
The Day Before loses its page on Steam. Developer cites trademark complaint
25.01
125 games industry professionals from 85 companies attended WN Connect business event in Belgrad
24.01
Blizzard caught up in scandal. Again. This time it is all about ranking its employees
24.01
Cyberpunk 2077 quest director Paweł Sasko on game’s non-linearity: “Players expected more because of the fact how The Witcher 3 is built”
23.01
Key success factors for ZERO Sievert, top-down extraction shooter that generated over $1 million in its first week
23.01
Dragon Age: Dreadwolf production director Mac Walters leaves BioWare after almost 20 years
23.01
All news
Industry News 14.08.2020 16:29 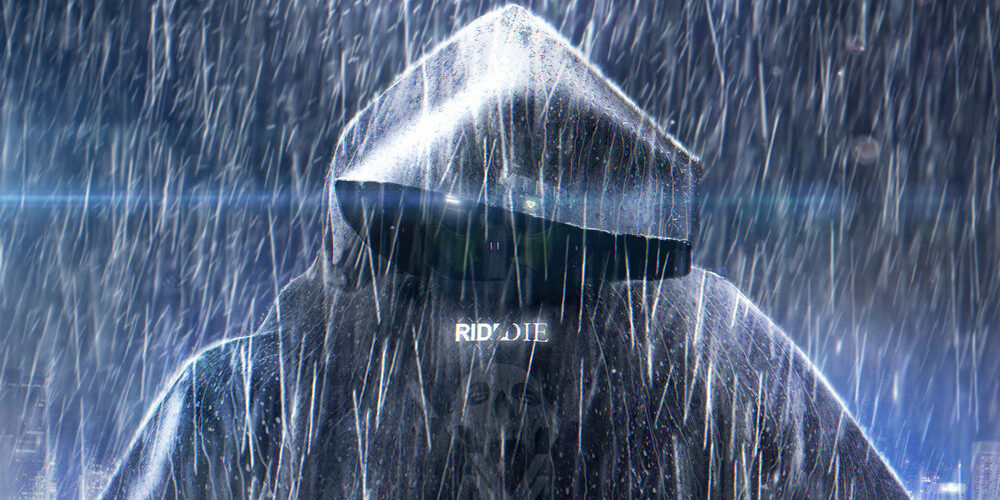 110 Industries founded by Anton Poletaev and Sergey Kolobashkin in 2017 is not a development studio. It acts as a production center. The company creates a script, concept art for characters, and then hires a third-party studio to develop the title based on those. 110 Industries plans to work with top foreign studios focusing on premium single-player titles for consoles and streaming game services.

The deal marks Abramovich’s first investment in video games. GEM Capital, on the other hand, has previously invested in Atomic Heart by Mundfish and Pathfinder: Wrath of the Righteous by Owlcat Games.

Most of the $20 million raised will be spent on the development of the first title from 110 Industries. The company hired an unnamed “well-known Japanese game studio” to develop the game, which is titled Wanted: dead. 110 Industries is getting part of the rights and part of the future revenue from it. The game is due out in 2022.

Interestingly, one of the presentations 110 Industries sent to investors earlier names a different developer. According to the leaked slide posted by App2Top, the title was initialy to be developed by Remedy. The project might have changed the development studio, but the required budget indicated in the presentation more or less matches the size of the investment made. The team behind the project also includes some notable names, although it’s unclear whether they are currently attached to the project. 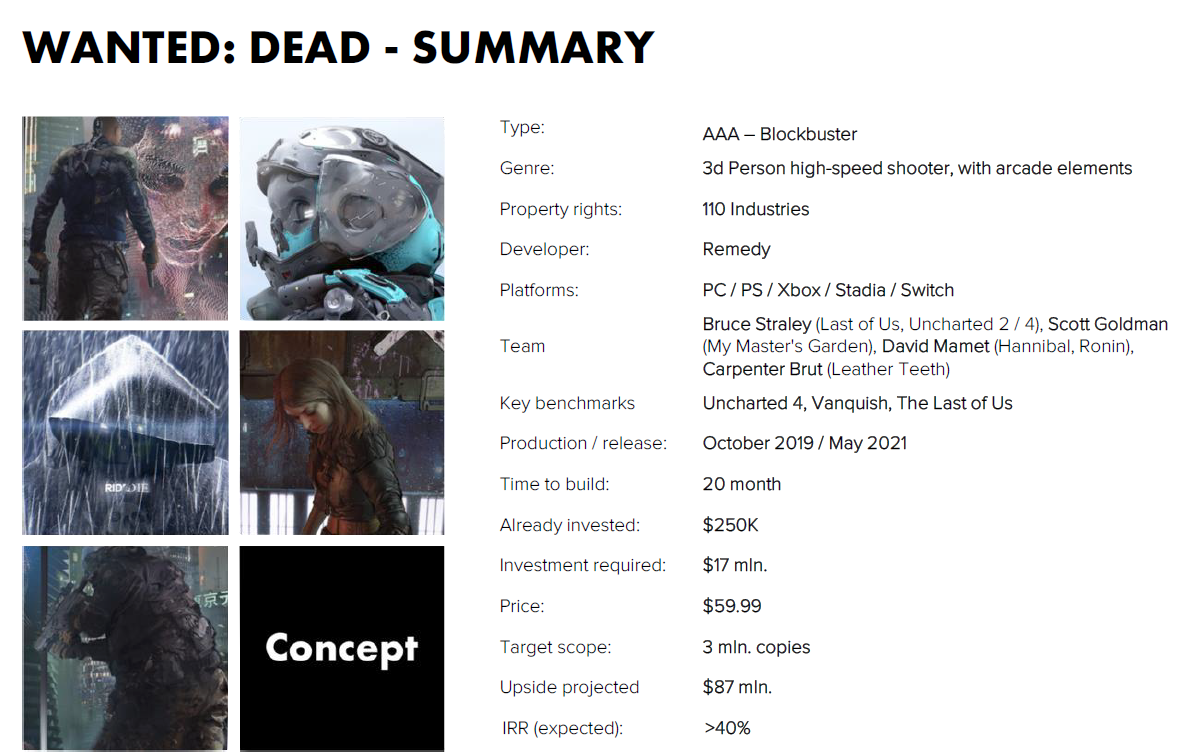