The figure was shared by Sensor Tower, which also identified China as the game’s biggest market with 53 percent of the total earnings in May. China is followed by the US accounting for 10.2 percent and from Saudi Arabia with 5.5 percent.

At No. 2 is Honor of Kings from Tencent, which brought in $204.5 million in revenue las month, up 42 percent year-over-year.

Roblox from Roblox Corporation became the third highest-grossing mobile title in May 2020. 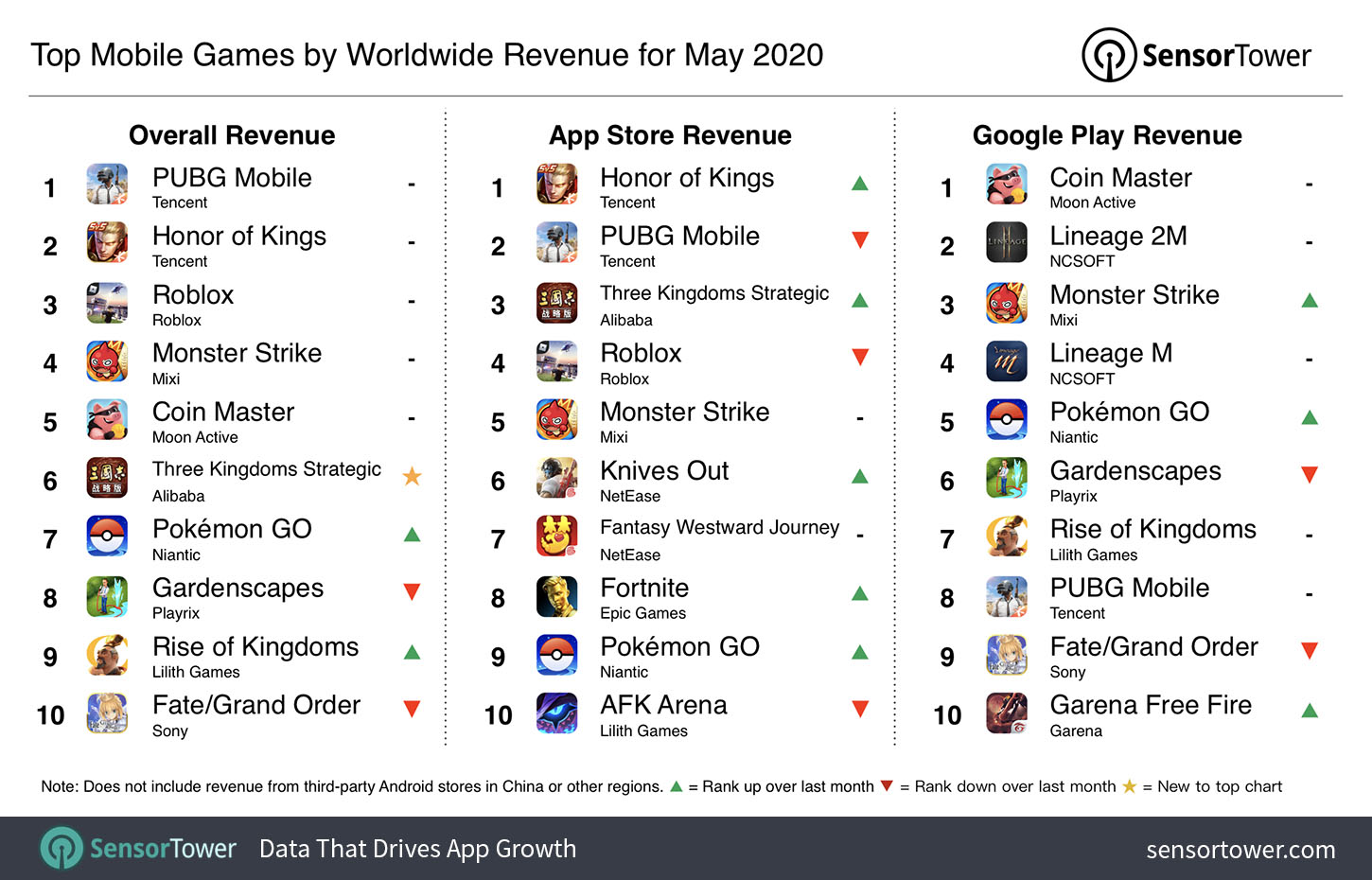