Chris Zukowski: Steam can only promote up to around 500 indie games per year
20:40
Wargaming top manager called a terrorist by KGB Belarus
17:19
AI USE CASE: How a mobile game development studio saved $70K in expenses
27.01
Sensor Tower: Subway Surfers was most downloaded game in Q4 2022, but the Stumble Guys showed fastest growth
26.01
The Day Before loses its page on Steam. Developer cites trademark complaint
25.01
125 games industry professionals from 85 companies attended WN Connect business event in Belgrad
24.01
Blizzard caught up in scandal. Again. This time it is all about ranking its employees
24.01
Cyberpunk 2077 quest director Paweł Sasko on game’s non-linearity: “Players expected more because of the fact how The Witcher 3 is built”
23.01
Key success factors for ZERO Sievert, top-down extraction shooter that generated over $1 million in its first week
23.01
Dragon Age: Dreadwolf production director Mac Walters leaves BioWare after almost 20 years
23.01
All news
Industry News 08.04.2020 13:48

Steam reports on how new releases performed in 2019

Steam shared information on developer earnings in 2019. Take this with a pinch of salt as Valve’s storefront might have slightly manipulated the stats in its favor. 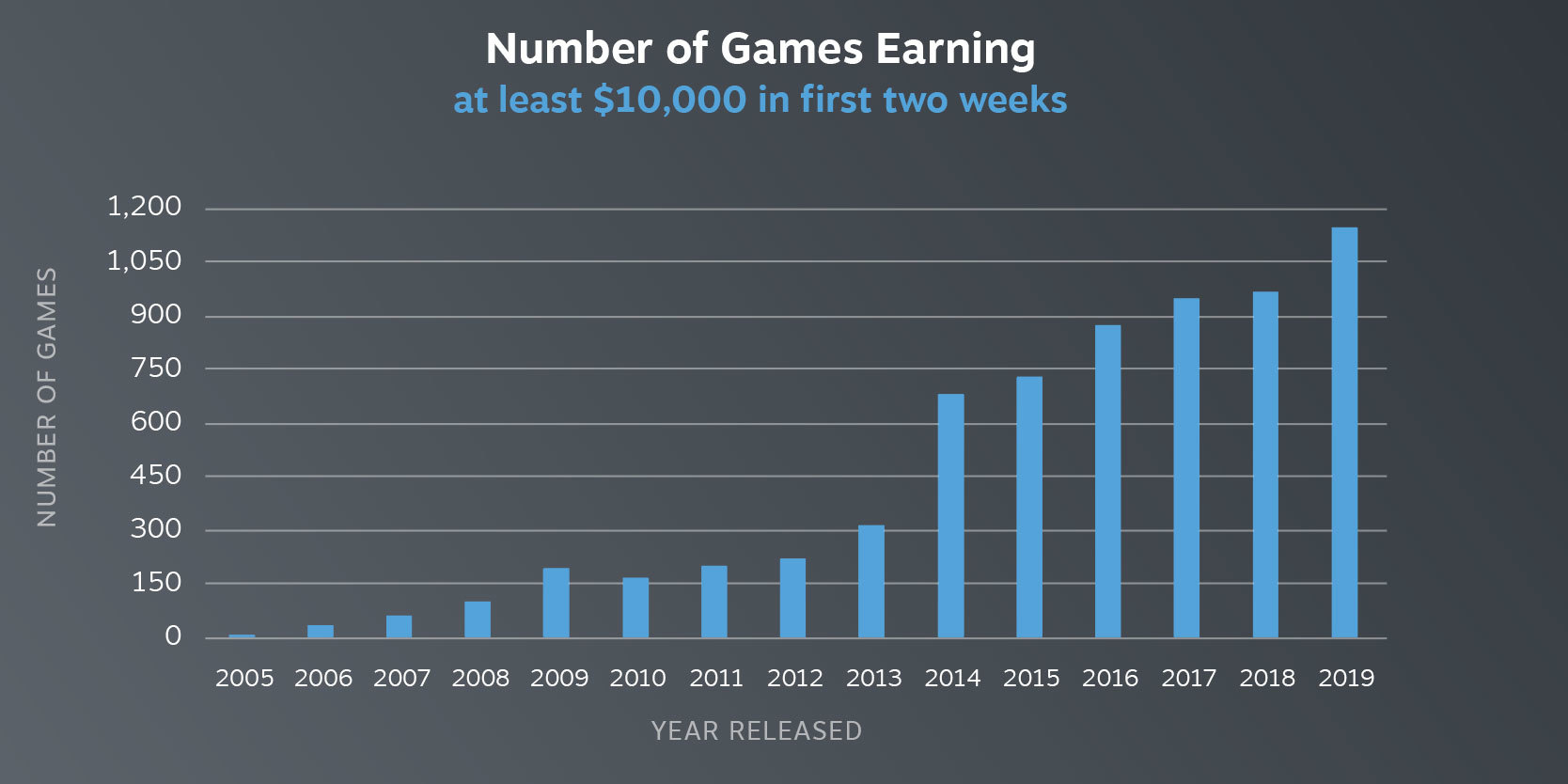 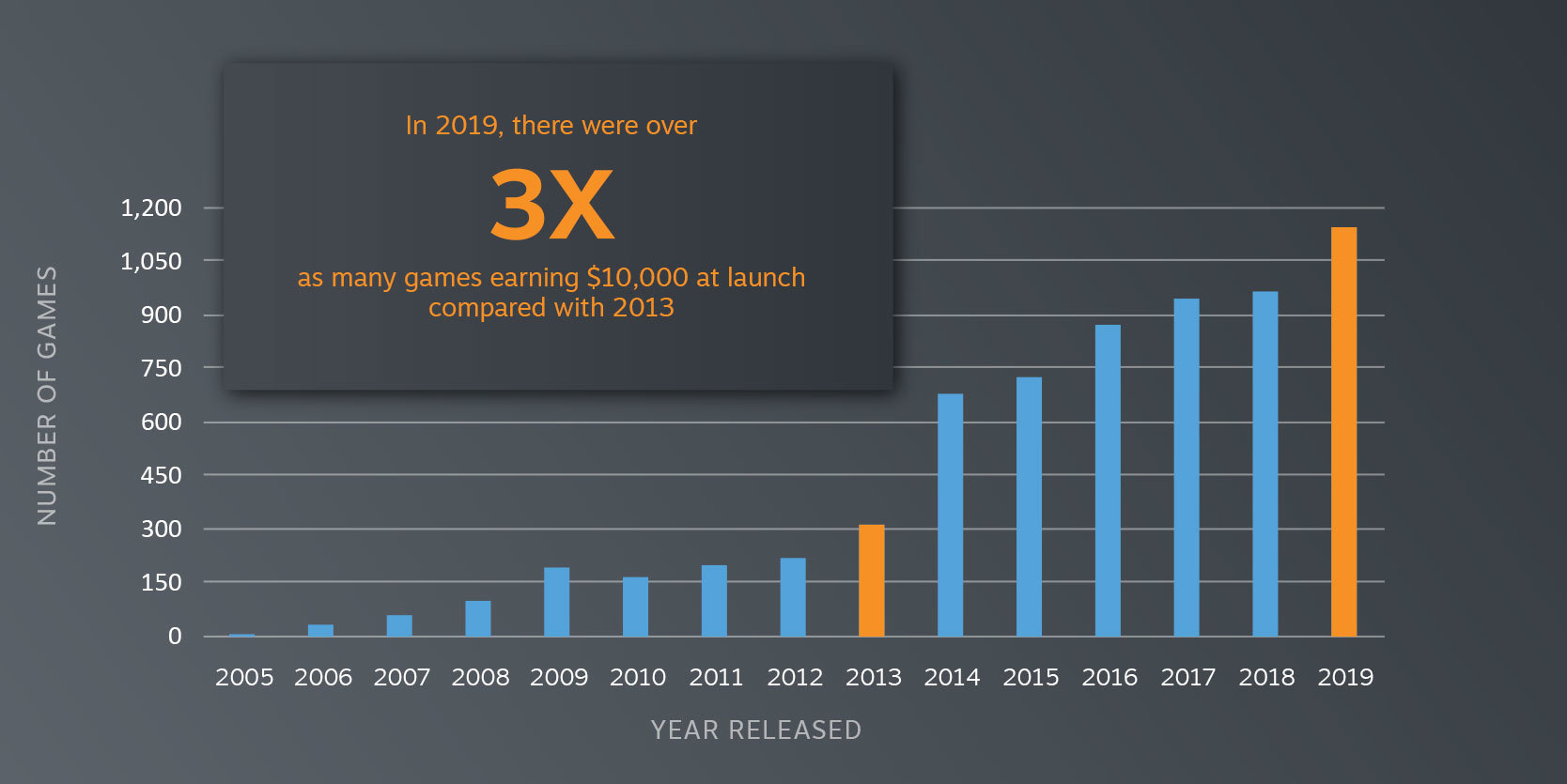 4) Steam also notes that the introduction of Steam Greenlight allowed the platform to more than double the number of successful games. Kind of. 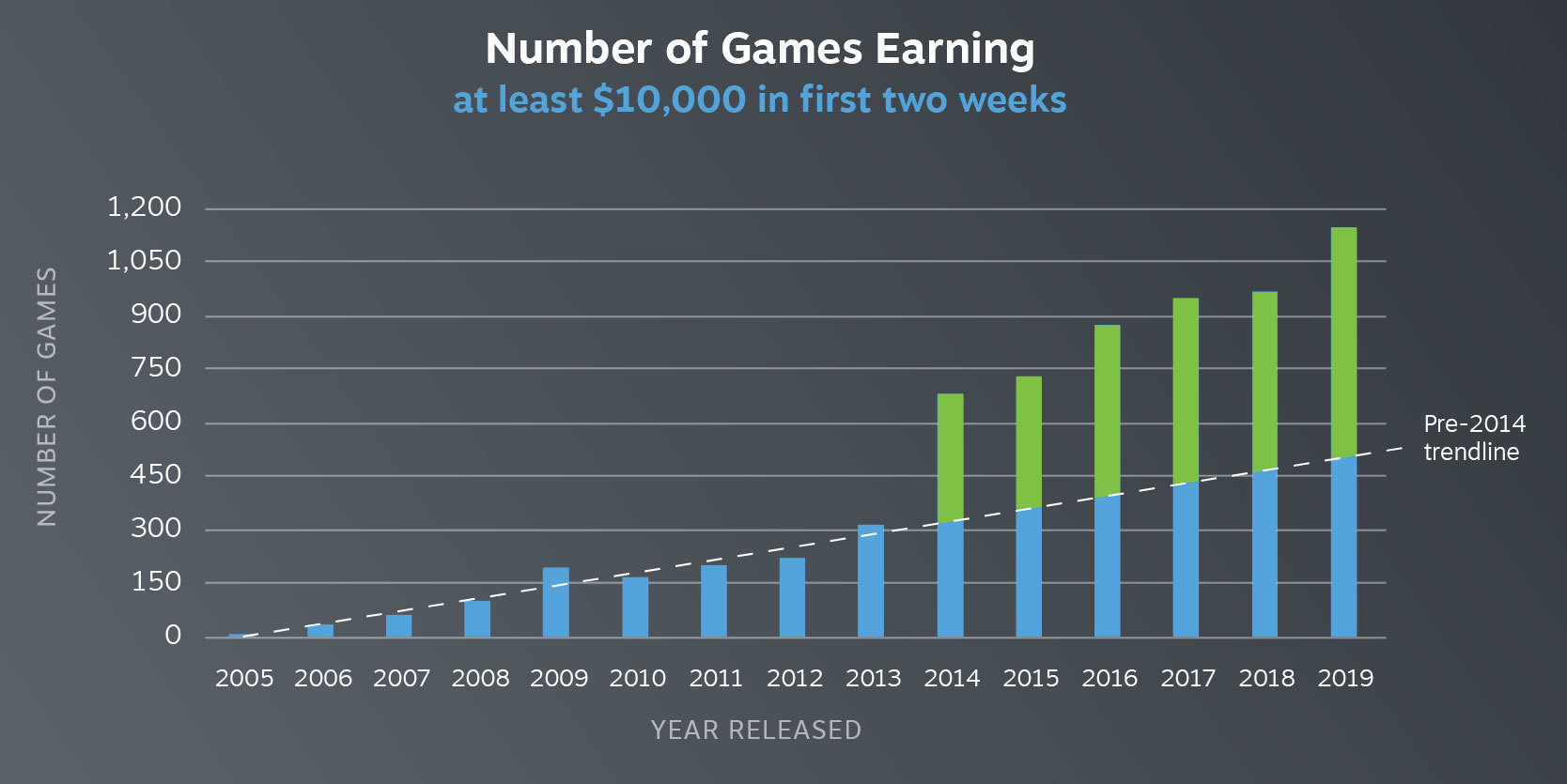 “While we can’t say for sure, we think the green portions of the bars above the dashed line are, largely, games that would never have previously found success on Steam… because they never would have been released on the platform at all,” says the report.