Tencent’s Honor of Kings is one of the most lucrative games out there, mobile or otherwise. It has its largest audience in China, but has recently spread to other regions and platforms. Another aspect of the title that is also expanding is the music. The Honor of Kings Original Game Soundtrack, Vol. 1, was released digitally by Unisonar, on January 25, 2020 for the first time internationally. The game’s score is also currently nominated for a G.A.N.G. Award for ‘Best Music in a Casual Game’ Honor of Kings 2.0 – TiMi Studios.

Parisch, who composed tracks such as War Song Origins, War Song of Kings and Ice Blade, discusses below how he got into the game composing world and his contribution to the mega hit Honor of Kings. 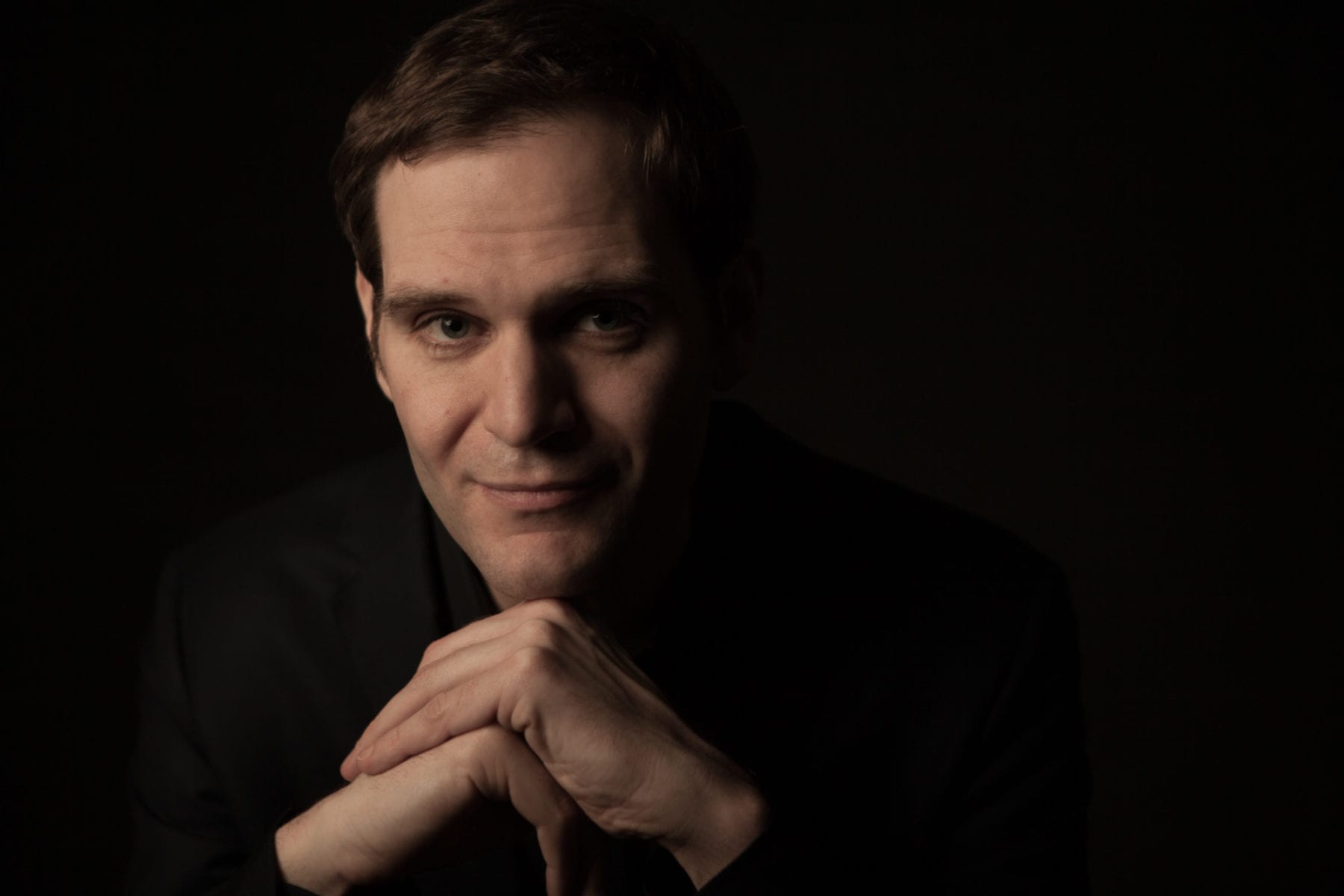 Thomas, can you tell us a little bit about your background and how you got into scoring for video games?

Growing up in Germany, I was completely immersed in classical music in my teens. Playing the oboe and later the piano as well, I would eventually study classical music. But my interest in music and composition was wider than what I could learn at the conservatory, I wanted to get my hands into contemporary music and jazz as well.

Long story short, I eventually moved to Los Angeles for grad school and to work in music for film, TV and games. I’ve been out there for a good 12 years now and call myself lucky to be able to make a living with my music. Out of school, I first worked as an orchestrator for a bit but eventually got more and more writing gigs, small stuff at first, but gradually leading to bigger things.

I did a bit of everything; film, tv, commercials etc and eventually landed a first game also, Resident Evil 6.  On this project I worked together with my writing partner at the time, Laurent Ziliani. We were an outside teaming working in tandem with the in-house team of composers from the developer, Capcom. A couple of years later I would team up with Vivita Zheng as score producer for a whole slew of game scores for tech giant Tencent out of China starting which we are still doing. It’s been exciting to work on Chinese projects, I’ve learned a lot, both culturally and musically.

There are a few composers who worked on Honor of Kings. Can you tell us what specifically you did on the game?

Every year for the Chinese New Year Tencent releases a special edition of the game. They’re each accompanied by special theme music. I first got involved with Honor of Kings in late 2016 when it was time to prepare for the 2017 Chinese New Year. Out of this project came War Song of Kings. Since this one went quite well, I was asked back a year later to write for the same occasion again. The 2018 New Year theme music is called Ice Blade and the quiet version is Wandering Ghost, both included on the soundtrack. Also, for another special occasion, Honor of Kings’ 3rd year anniversary I created an extended, about 8min long rearrangement of the New Year theme from 2017 including the rerecorded and reproduced original theme. Conceived as one piece, we ended up separating it into two parts for the soundtrack, War Song Origins and War Song of Kings.

How closely did you work with the other composers on this game?

Actually, most of Honor of Kings music is done in small increments, as the game expands, and each update is usually assigned to one composer only. So over the years there’s a mix of composers from all over the world, Asia, Europe and the U.S. A direct collaboration would be very difficult. The key to keeping everything consistent among the different talent involved is the audio director from TiMi, Hongfei Zhao. At the end, it is through his supervision that the overarching style of the game’s music can be preserved.

I’m no exception to the rule, I mostly worked as a composer by myself when I was on the project. But even before writing and checking in with the Hongfei, I would do some homework first and immerse myself in the Honor of Kings music universe, which basically means a lot of listening to preexisting music starting from Hans Zimmer’s first soundtrack.

Honor of Kings is a Chinese game. Were you familiar with Chinese instruments and sounds before starting work on this?

When I first worked on the game in 2016, I was not too familiar with Chinese music. I was familiar with Chinese instruments, but in a more generic, Hollywood kind of way, knowing the sounds, but not really knowing their vocabulary, usage or the tradition too well. I have to give credit to the guidance of our score producer Vivita Zheng who, her being Chinese, could make sure we did not go astray onto a path of cultural blasphemy… Also, the Honor of Kings music director, Hongfei Zhao, gave a lot of helpful input. Also, starting in early 2017, I worked on other Chinese games with a distinctly ethnic, traditional Chinese sound, such as Moonlight Blade, so I could keep learning and familiarizing myself with this rich musical culture. Even though I know much more now, I am very well aware that I’m still nowhere close to call myself an expert on the topic…

How did you educate yourself on this subject and ultimately decide which of those Chinese instruments you wanted to use?

I think the education is just as with any other subject. Reading and listening, a lot of listening is the key. It is by referencing traditional erhu pieces about galloping horses that I got inspired to incorporate whinny effects and the driving triplet motif in the bridge section of Ice Blade for example. But again, simply having Chinese people be part of the project helped immensely. Since they grew up hearing these sounds throughout their lives, the access and understanding is just so much deeper and intuitive. But even though I could understand better how certain instruments are used or what they associate for Chinese people, it is also fun, whenever possible, to go beyond the tradition and try new applications of course. In the end, what we are looking for is to be aware of and treat the old respectfully but also to fuse it with the new.

What would you say are some of the main differences between Chinese and western sounds?

I don’t think there’s a general difference in how Chinese and Western instrument sounds sound. Each instrument’s sound is unique, no matter where it’s from. I think the real differences lie in the way they are used and played, in the underlying tradition therefore, rather than the sounds themselves. For me, from my Western view as a composer trained in the European tradition, I am always drawn to the freeness and nuance of expression, which I find working with Chinese instrumentalists. They usually have a more personal expressiveness which includes the improvisation, at least embellishing. This may partly be due to a less rigidly notated tradition.

In the West we are trained to follow a very detailed score to the tiniest detail with little room left for personal interpretation. With the Chinese tradition, I often feel that there is a less rigid sense of tempo and rhythm, both can be stretched or compressed, there’s a very bendy but organic continuum which again gives more room for expression. This can be challenging however when working with a set tempo one needs to follow.

You are the creative director of a company called Unisonar. Can you tell us a little bit about how you got involved with this company?

Unisonar grew out of projects just like Honor of Kings, Moonlight Blade and others. They were a way to apply our passion for music to bridge the East and West. Unisonar takes that idea to the next level for music production but also now for music distribution and licensing. We see it as a win win situation to have Western talent, be it composers, performers or others, create for Asian game projects. And as a byproduct, we can foster mutual understanding, open a channel not only of communication but, I hope at a least, appreciation between both sides. I am from Europe and working in the US for some years now, I felt firsthand how one thrives and grows through such cultural exchanges. So I am very glad I can continue to work with Unisonar internationally.

Now that the Honor of Kings score is out, do you have a favorite track from the album that you particularly enjoyed creating?

All of them have their own highlights… In general, a special pleasure for me personally always lies in collaborating with great talent recording live instruments, not only the orchestra but also the ethnic instrumental solos. For War Song Origins we worked with a percussion ensemble from Shanghai which was very special because of the group dynamic of the players, but also it was challenging because of the remote recording. For War Song of Kings we got to record with an awesome band, and I collaborated with an amazing co-composer and a personal friend, Miles Hankins. For Ice Blade I had great soloists for pipa with Celia Liu and erhu player Karen Han and then the hauntingly beautiful vocalist Uyanga Bold. Both Karen and Uyanga are featured in Wandering Ghost, the slow version of the Ice Blade theme.

Honor of Kings recently received a G.A.N.G. Awards nomination for ‘Best Music in a Casual Game’. What do you think stands out most about the score to receive this nomination?

I think the score stands out for many of the reasons mentioned above, the mix of Chinese instruments with western orchestra, the sort of ethnic hybrid sound that comes with real authenticity from the performers, and the international team of composers, each bringing a very own perspective, ultimately enriching the score. But this nomination, like many others before, is also testimony for the effort and care TiMi Studios puts into the music. The production standard is remarkably high, especially for a mobile game, and it shows. Without that support for live recordings etc, us composers would not be able to bring to life our ideas on such a high level. I am happy that even in the mobile game age we don’t forget about music. It is important to continue fostering an appreciation for it as an art in itself.

What would be your dream project to work on?

At the moment I try not to dream too much, but find my wishes come true in the opportunities that come my way. A recent game I scored, Biped, which will be releasing later this year, is an example of this. For this I wrote a playful, partly improvised score infused with some jazz, electro, fusion and world music. This type of game score I had been hoping to do for a while.

You can listen to the Honor of Kings score here.