Oh Valley of Plenty: The Witcher games responsible for biggest stock success of past decade 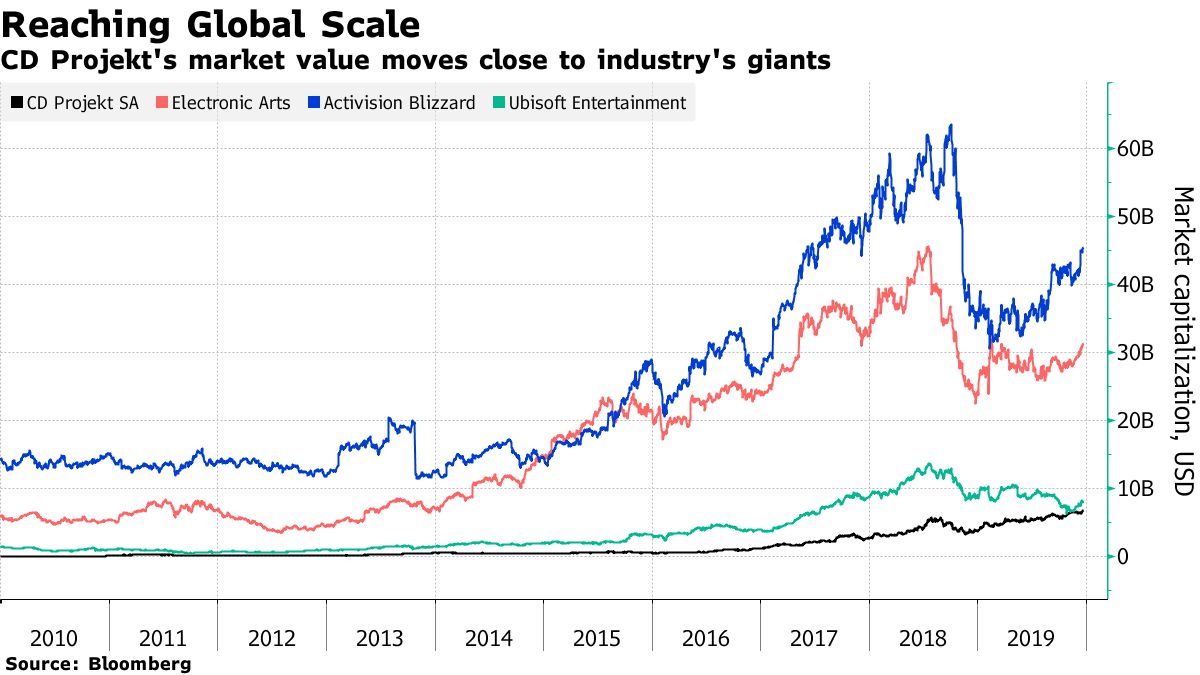 CD Projekt’s shares started climbing dramatically in 2015 when The Witcher 3: Wild Hunt came out. In 2020, however, analysts project the company’s revenue to reach $845 million, which is four times higher than the 2015 revenue. Even this year, in the absence of any big releases, the company’s market evaluation grew 86% to $6.8 billion, Bloomberg reports.

These estimates indicate the level of expectations for Cyberpunk 2077, the company’s most expensive project to date. The developers expect their next title to have a broader appeal than the beloved fantasy series.