John Carmack on video game preservation and why companies suffer more harm by destroying something dear to players
06.02
Jeff Gaimon on expanding EA Originals beyond just indie games: “It’s like a menu. It depends on what devs want”
06.02
Microsoft’s chances of clearing Activision Blizzard deal in US and Europe to fade away if UK watchdog decides to block it
06.02
It Takes Two hits 10 million unit sold. “Nobody expected this,” says Josef Fares
03.02
Over 1 million Chinese players apply for refunds due to expiration of Blzzard’s agreement with NetEase
03.02
NCSoft West lays off 20% of employees as part of ‘global realignment’
03.02
Organic discovery and app store featuring to be declared dead in 2023, according to Deconstructor of Fun
02.02
Dwarf Fortress made $7.2 million in January, 44 times more than in all of 2022
02.02
PlayStation reports 53% Q3 revenue growth, driven by strong sales of consoles and third-party games
02.02
Tenjin and GameAnalytics release Q4 Hyper-Casual Games Benchmark Report
01.02
All news
Legal 01.11.2019 15:48

This is Part Two of Two. It will deal with personal data, loot boxes, user accounts, and other stuff.

Don’t forget to check out Part One here to educate yourself on copyright, trademarks, and patents in video games.

With the popularity of multi-user games soaring, it is all the more important to protect the privacy of the players – and there can be millions of people playing at once. Unfortunately, the safety of users’ personal data is not always guaranteed by the corporations behind the games, which hurts not only the players but also the company, both reputationally and financially. 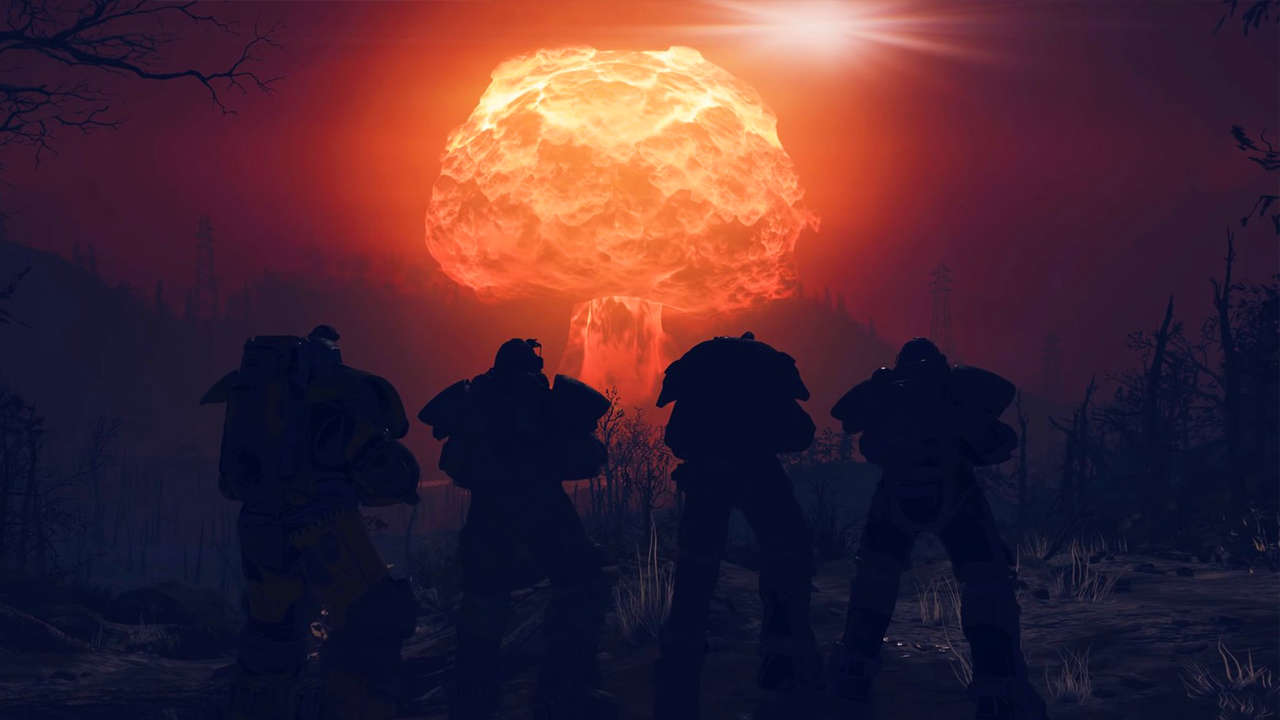 Bethesda Softworks, the U.S. video games publisher, was in the center of the scandal around Power Armour Edition collector’s pack that featured nylon bags instead of canvas ones. To make things worse, players’ personal data from the “support tickets” that were used to get refunds for faulty collector edition packs, became exposed: due to a technical error, users could access the support tickets of other players.

The error was dealt with swiftly, but some data (including names, addresses, and some bank details) had already leaked.

These days, separate elements of the interface of many computer games are random, as they are not fully dependant on the player’s actions. However, they may promise certain benefits to the player, which could be perceived as gambling, making them subject legal restrictions and bans that exist in many countries.

Loot boxes attract increasing attention across the board, as they contain a random object the value of which is unknown in advance, and which the player can use to advance in the game. Players can sometimes purchase the loot boxes with real money.

In September 2019 the U.K.’s Department for Digital, Culture, Media & Sport (DCMS) recommended subjecting loot boxes to the regime introduced by the Gambling Act 2005 so to safeguard children from their consumption. Belgium’s Gambling Commission produced an official report in May 2008, labelling loot boxes as a subset of gambling that is subject to licensing, and recommending criminal prosecution of companies using loot boxes in their games (e.g. Electronic Arts, Valve, and Activision Blizzard). This prompted Valve and Blizzard to disable loot box purchases for Belgian players. EA was originally minded to wait until the matter is resolved in the courts, but it transpired in January 2019 that EA, after talks with the government, agreed to remove loot boxes with effect from January 31, 2019 from its games available in Belgium. Suggestions of legal bans of loot boxes and similar gameplay elements have been put forward in other countries, including the U.S., although there is no reliable case law available yet.

However, precedents involving the blocking of online gambling resources are available.

Seychelles’ Svetla Commerce GmbH is a media and mobile app company that appealed against Russia’s Tax Service and media watchdog Roskomnadzor’s 2017 move to block the company’s websites csgofast.com and csgofast.ru.

Russia’s governmental agencies claimed the websites were being used for gambling purposes: there was a reward agreement in place, along with information on the prize fund and individual wins, which provoked users’ gambling interest.

The website was accepting cyber sport bets and offered slot-machine and e-roulette services enabled by random numbers generator. Users could top-up their account balance using various payment systems, including Skrill and UnionPay. Prizes were awarded in the form of “skins” (game inventory) that went straight to the user’s Stream account, and game coins (website’s virtual currency convertible into fiat money).

Svetla’s challenge was unsuccessful, and access to the websites remains restricted.

Player’s user account is a valuable asset and an indispensable tool that enables the player to enjoy most of the popular games. Loss of a user account is, therefore, a serious problem that undermines the player’s previous time and financial investment. It is against this background that disputes around blocked accounts emerge, and can even make their way into the courtroom.

Player V. Bulanov, who registered his user account in 2005 and used Mail.ru  services to access an online game, sued Mail.ru demanding the removal of restrictions imposed on his character in the game, and an equivalent of just under 30,000 U.S. dollars in damages.

In the game, available for purchase for fiat money were golden coins that were used, among other things, to purchase different ammunition, develop characters, and cancel admin-imposed bans. In 2013 the admins restricted the claimant character’s access to the game “for false testimony before the tribunal”.

Using another character’s owner who was willing to offer his coins, the claimant successfully attempted to cancel the ban on October 3, 2013. However, the restriction was reinstated three days later: the character was placed in prison cell for “black market” operations and “incitement of black market” operations. i.e. for breach of game rules.

To add insult to injury, the respondent did not admit the claimant to the official gathering of players in 2014.

The court ruled that the parties’ actions, from user registration to imposition of in-game sanctions, belong to the domain of the particular gameplay, are governed exclusively by the respondent’s bylaws and license agreement, and cannot be defended or attacked in the court. The claimant was denied protection under consumer laws, as the game was provided free of charge. 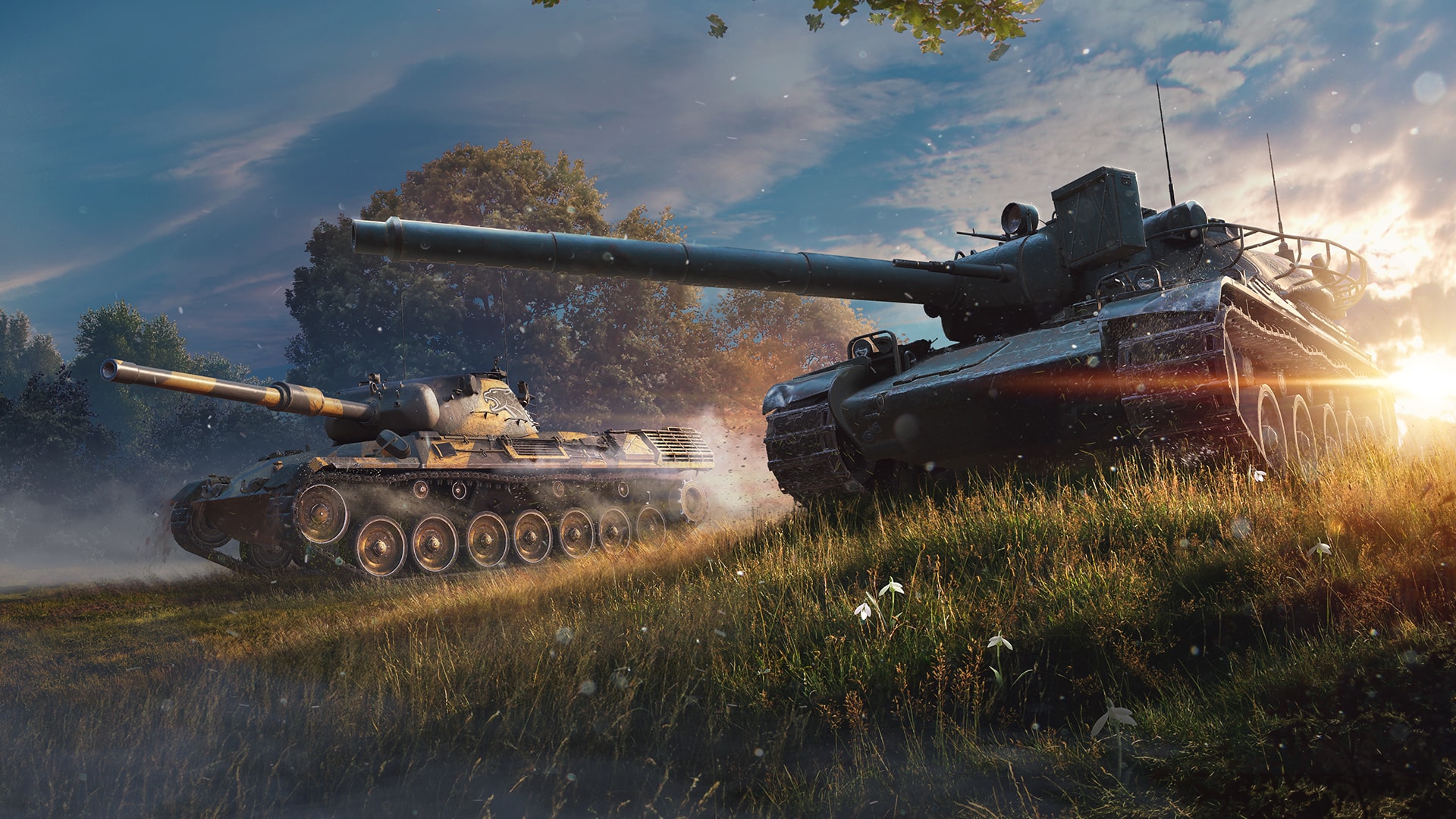 Gamer V. Nikulkin was another player to claim his consumer rights had been disrespected by a video game provider.

Since 2013. Nikulkin was an active user of Wargaming’s services and in particular of the game World of Tanks. He had run the game on his computer many times, and purchased items in the dedicated online store. From 2013 to 2017 Nikulkin used fiat money to purchase premium content, tank models, game-native currency and premium account days.

On March 13, 2017 the respondent placed a permanent ban on the claimant’s user account, which, according to Nikulkin, interfered with his consumer rights.

The claimant sought damages in the amount of his World of Tanks in-game purchases plus statutory interest, along with moral damages and a penalty.

The respondent pointed at the user agreement whereby the parties submitted to the jurisdiction of the courts of Cyprus. It was only in the second appeal that the claimant managed to persuade the court that consumer rights disputes were exempt from the contractual rule, and that even the user agreement included a caveat for cases like that one.

When Nikulkin’s case was finally heard on its merits, the court drew the line between consumer rights laws and those regulating gaming, denying the gamer legal protection in connection with his participation in the game: the court would only interfere if a player did not receive a prize they had won, or when they had been improperly induced to play the game.

Game development and distribution is such a complex domain that many of its problems and disputes fall outside of the above categories. This defines a rather interesting playing field for game developers and publishers, who should be ready for the most unexpected of challenges.

Epic Games is about to get sued for Fortnite‘s addictiveness

A Montreal law firm is preparing for a class action against Epic Games. Parents of two underage gamers initiated the action after they became convinced Fortnite caused addiction – something they had not been duly warned about.

Fortnite, a PEGI 12 and ESRB Teen (13+) game, prompts the user to accept an agreement before playing, and that agreement contains a waiver of the right to sue, individually or collectively, in connection with the enjoyment of the game.

According to the claimants’ lawyers, Quebec consumer protection laws require providers to disclose their products and services-related risks that consumers will be exposed to. This claim against Epic Games rests on the shoulders of the class action against tobacco companies: Quebec Superior Court ruled in 2015 that the makers of cigarettes had not duly warned consumers about the harmful effects of smoking. It is now the law in Quebec that addictive properties of a product, whether it tangible or virtual, must be brought to the attention of the customer.

The claimants’ lawyers filed for the authorization of the class action on October, 3. The U.S. Epic Games is suffering substantial loss at the hands of bad actors who publish cheat codes online.

Normally Epic Games is able to resolve individual conflicts out-of-court, but that was not the case with a 14-year old Illinois blogger called CBV, who used his Youtube channel to distribute cheat codes. The publisher sued the blogger in the North Carolina Eastern District Court on June 18, 2019, alleging the breach of the Copyright Act and the Digital Millennium Copyright Act.

On September 27, 2019 the parties settled the case and withdrew their lawsuits.