Organic discovery and app store featuring to be declared dead in 2023, according to Deconstructor of Fun
02.02
Dwarf Fortress made $7.2 million in January, 44 times more than in all of 2022
02.02
PlayStation reports 53% Q3 revenue growth, driven by strong sales of consoles and third-party games
02.02
Tenjin and GameAnalytics release Q4 Hyper-Casual Games Benchmark Report
01.02
Chris Zukowski: Steam can only promote up to around 500 indie games per year
30.01
Wargaming top manager called a terrorist by KGB Belarus
30.01
AI USE CASE: How a mobile game development studio saved $70K in expenses
27.01
Sensor Tower: Subway Surfers was most downloaded game in Q4 2022, but the Stumble Guys showed fastest growth
26.01
The Day Before loses its page on Steam. Developer cites trademark complaint
25.01
125 games industry professionals from 85 companies attended WN Connect business event in Belgrad
24.01
All news
Industry News 28.10.2019 17:33

GameClub, a subscription platform for the classic iOS titles, arrived on iOS in the US. For the familiar $4.99 per month, the subscribers can access the curated library of 50 iOS hits that had been previously rendered unplayable after Apple dropped support for 32-bit devices. 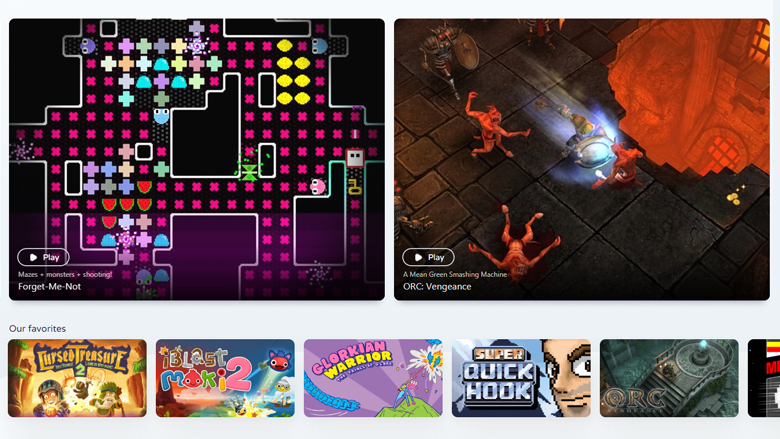 The startup has raised $4.6 million to modernize over 100 titles at launch, with new games rolling out every week.  So far, the available games have generated over 100 million collective downloads.

GameClub’s VP of business development Eli Hodapp talked to PocketGamer.biz about the service.

In Hodapp’s words, GameClub does not compete with Apple Arcade despite having the same business model. Instead, the project aims to challenge the free-to-play model that has dominated mobile recently.

“We’re part of a wave that has the potential to spark a renaissance of premium mobile game development.”

The company intends to achieve this by offering a variety of top quality titles that are curated with underage players in mind.

But does the team even have to worry about kids? Legacy titles are likely to appeal to nostalgic players mostly. That might very well be the case, but to contrary to the company’s expectations, the platform has engaged a lot of younger gamers. Hodapp explains, that once optimized for modern devices, even the games that are a decade old play and look fantastic.

Hodapp does not indicate just how the big a library the company is aiming for ideally. He thinks it could be as many as practically possible as long as the highly curated experience is there. Otherwise, the company will listen to the community that has been vocal throughout beta.

Some games on the GameClub library will debut on mobile for the first time.

There are many games which originally started as mobile projects which at some point in the development journey shifted to target the Nintendo Switch or Steam instead because of the greater opportunity that existed for premium content on those platforms – even though those titles were clearly built for touchscreens.

Now that GameClub offers a revenue model that can benefit the developers of those projects, the team will work towards bringing them to iOS.

Hodapp does not indicate just how big a library the company is aiming for ideally. He thinks it could be as many as practically possible as long as the highly curated experience is there. Other than that, the company will listen to the community, which has been vocal throughout beta.

At some point, Hodapp hopes to GameClub to Android.

You can learn about GameClub here. There is a 30-day free trial.