Organic discovery and app store featuring to be declared dead in 2023, according to Deconstructor of Fun
02.02
Dwarf Fortress made $7.2 million in January, 44 times more than in all of 2022
02.02
PlayStation reports 53% Q3 revenue growth, driven by strong sales of consoles and third-party games
02.02
Tenjin and GameAnalytics release Q4 Hyper-Casual Games Benchmark Report
01.02
Chris Zukowski: Steam can only promote up to around 500 indie games per year
30.01
Wargaming top manager called a terrorist by KGB Belarus
30.01
AI USE CASE: How a mobile game development studio saved $70K in expenses
27.01
Sensor Tower: Subway Surfers was most downloaded game in Q4 2022, but the Stumble Guys showed fastest growth
26.01
The Day Before loses its page on Steam. Developer cites trademark complaint
25.01
125 games industry professionals from 85 companies attended WN Connect business event in Belgrad
24.01
All news
Industry News 18.07.2019 14:36

GOG curators had a change of heart about Heaven’s Vault by inkle which they initially refused to allow on the store.

This is despite the fact that the studio’s previous game 80 Days has been on GOG since its release in 2014. 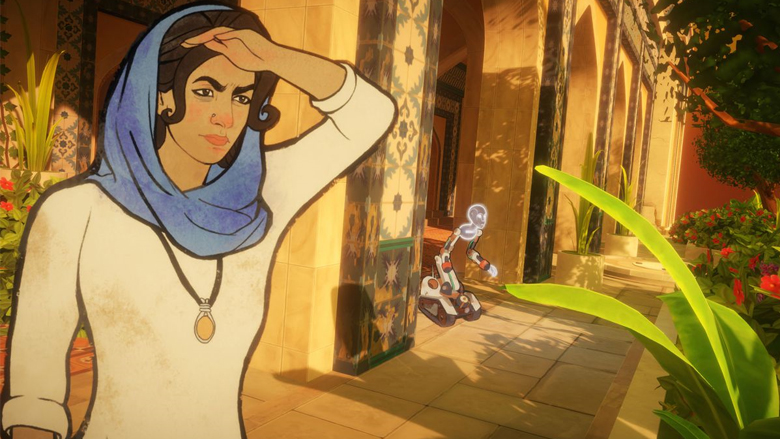 Following its launch on Steam (release date April 16), Heaven’s Vault received very positive reviews from both players and journalists. However, back at the time inkle failed to release the game on GOG. According to inkle co-founder Joe Humfrey, GOG decided not to release the game based on the experience they had with the early build of the title.

Now, three months later, GOG has reconsidered and Heaven’s Vault has been added to the curated storefront.

“With Heaven’s Vault we’ve changed our mind after checking the final game, how it was perceived by gamers, and receiving numerous requests from our users suggesting to release it,” GOG global communications manager Marcin Traczyk told PC Gamer.

Being able to reach GOG’s audience has been critical for inkle, an indie studio of eight.

It’s not the first time that GOG refuses admission to a game even if they have previously collaborated with the same developer. Last year the storefront rejected Zachtronics’ Opus Magnum but had no problem selling earlier titles by the developer.

GOG prides itself (and rightly so) in “hand-picking the best in gaming” via human curation. This is something that sets it apart from the behemoth of digital distribution Steam. Valve’s struggle to improve games’ discoverability directly stems from the fact tons of shovelware get loaded on Steam everyday. So human curation is a nice alternative to that. But the situation with Heaven’s Vault underscores how it’s not perfect either – specifically because it’s human and thus not free of human error.

Do you think GOG can improve their selection processes to keep human interaction in check? You know? Who watches the watchmen. This kind of stuff.