Chris Zukowski: Steam can only promote up to around 500 indie games per year
20:40
Wargaming top manager called a terrorist by KGB Belarus
17:19
AI USE CASE: How a mobile game development studio saved $70K in expenses
27.01
Sensor Tower: Subway Surfers was most downloaded game in Q4 2022, but the Stumble Guys showed fastest growth
26.01
The Day Before loses its page on Steam. Developer cites trademark complaint
25.01
125 games industry professionals from 85 companies attended WN Connect business event in Belgrad
24.01
Blizzard caught up in scandal. Again. This time it is all about ranking its employees
24.01
Cyberpunk 2077 quest director Paweł Sasko on game’s non-linearity: “Players expected more because of the fact how The Witcher 3 is built”
23.01
Key success factors for ZERO Sievert, top-down extraction shooter that generated over $1 million in its first week
23.01
Dragon Age: Dreadwolf production director Mac Walters leaves BioWare after almost 20 years
23.01
All news
Featured 09.07.2019 14:54

Vietnam’s game industry is in a difficult place right now. With over 60 million internet users and over 50 million smartphone owners, of which gamers make up 30 million, it is a small market.

Nevertheless, in 2018 it was the second biggest market in Southeast Asia by mobile game downloads and the region’s leading country by mobile game revenue ($365m). About $200m is brought in by games from local developers. That’s according to the report published by Nguyen Minh Quang, VP of Mobile Game Publishing at Appota (one of Vietnam’s biggest publishers). The report also predicts a 25% growth in mobile game revenue by the end of 2019.

In other quick stats, mobile games have surpassed PC gaming in terms of revenue and user base. Battle royales and casual titles lead in popularity, but the biggest revenue comes from MMORPGs. The market, especially online gaming, is heavily regulated by the government. 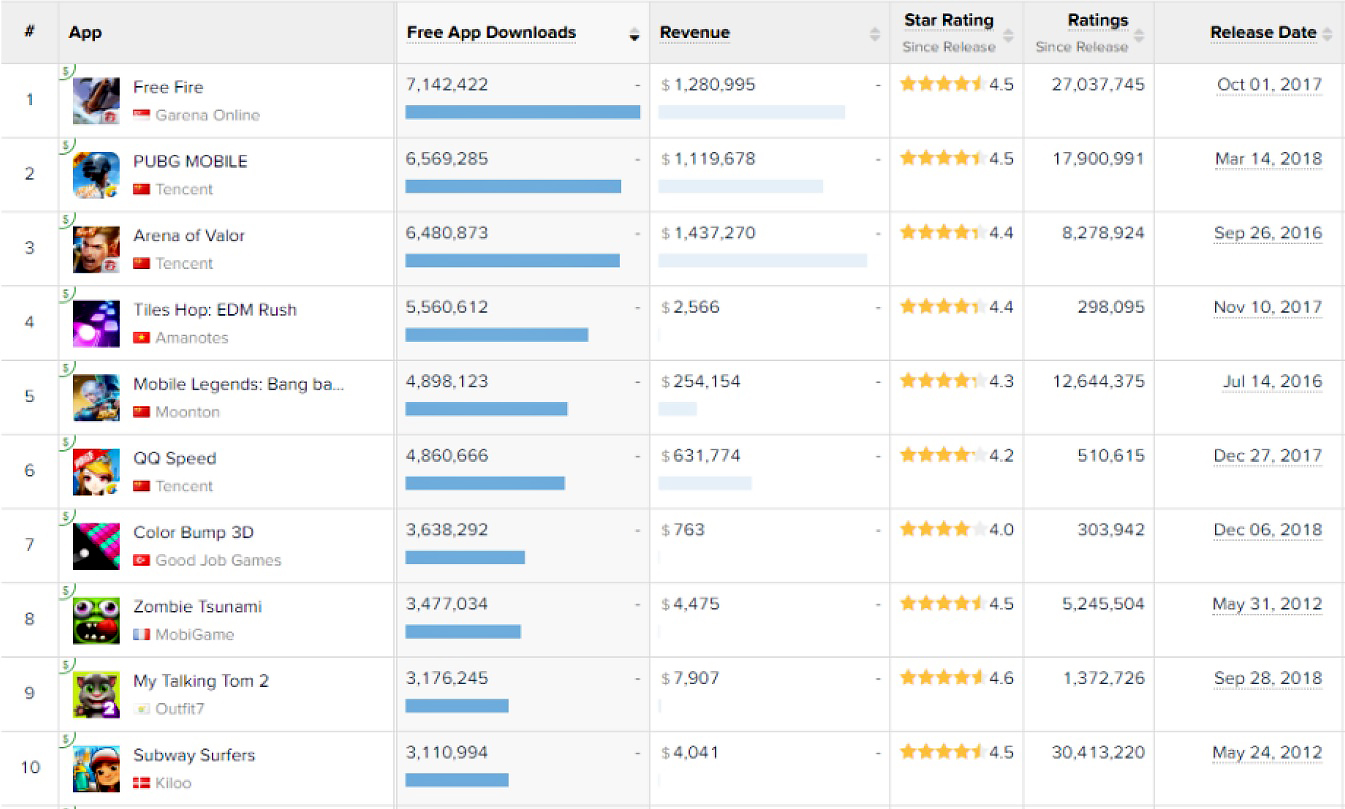 The extent of the governmental involvement has been detrimental to mobile games in Vietnam.

In 2018, Rikvip, the local online casino game platform worth $450 million, was shut down by the authorities.

In April 2018, the government banned payments via phone cards, which was the primary payment method for local games. Since then, the game companies have partially recovered by issuing their own game cards, but the revenues never were the same.

For the entire first half of 2018, the local publishers couldn’t pass the governmental review resulting in cancellation of many projects.

In 2018, Tencent and NetEase tried to publish PUBG and Rules of Survival without the license from the local government, but the authorities had Google and Apple remove the titles from the stores.

Today, global publishers have to comply with the strict local regulations or quit – something Supercell had to do in July 2019.

Apple and Google made their stores available in Vietnam in July 2018, with loads of games from local pulbishers immediately flooding the market. Most of the games got completely lost in competiton. In 2019, new policies on the App Store and Google Play made it even more difficult for local publishers to publish their games.

However, in 2019, the Vietnamese indie scene seems to be doing somewhat better. According to the report, there are thousands of indie developers in the country. They have had some success making casual/hyper-casual games, publishing them globally and monetizing them via ads.

Earlier we have looked at Asia-Pacific top markets and provided some tips for Western publishers wishing to enter the region.