Chris Zukowski: Steam can only promote up to around 500 indie games per year
30.01
Wargaming top manager called a terrorist by KGB Belarus
30.01
AI USE CASE: How a mobile game development studio saved $70K in expenses
27.01
Sensor Tower: Subway Surfers was most downloaded game in Q4 2022, but the Stumble Guys showed fastest growth
26.01
The Day Before loses its page on Steam. Developer cites trademark complaint
25.01
125 games industry professionals from 85 companies attended WN Connect business event in Belgrad
24.01
Blizzard caught up in scandal. Again. This time it is all about ranking its employees
24.01
Cyberpunk 2077 quest director Paweł Sasko on game’s non-linearity: “Players expected more because of the fact how The Witcher 3 is built”
23.01
Key success factors for ZERO Sievert, top-down extraction shooter that generated over $1 million in its first week
23.01
Dragon Age: Dreadwolf production director Mac Walters leaves BioWare after almost 20 years
23.01
All news
Industry News 07.06.2019 12:23

Stadia to launch in November (but not for everybody)

Yesterday, Google announced new details about its streaming platform Stadia, which the company teased 3 months ago. Two types of subscription will be available: paid and free. The paid version is launching this November. 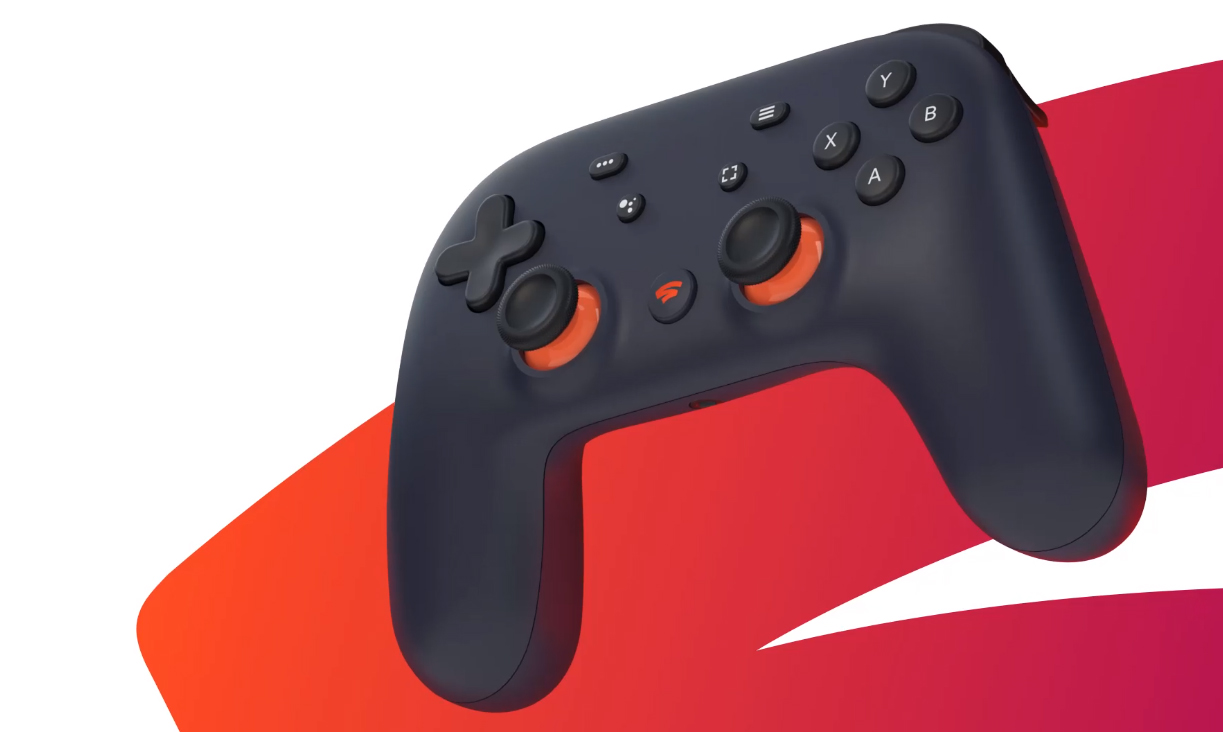 The paid subscription, aka Stadia Pro, will provide 4K, 60fps, HDR streaming for $9.99 per month. The users will still have to purchase games separately (it’s no Netflix!), but Pro subscribers can count on occasional discounts and free games – something that will not be available to the free version users. The first free title in the lineup of Stadia games is Destiny 2 along with the Shadowkeep expansion. However, these free games will only remain in the users’ libraries as long their Pro subscription lasts. Discontinuing the Pro subscription will result in the removal of the title, but it will return once the player renews the subscription.

The free version of the service, Stadia Base, will launch in 2020. It should give you 1080p and 60fps. No HDR, though. No discounts and freebies either.

Stadia will be available on PC and Mac (via Chrome browsers ), TVs (via ChromeCast Ultra), and mobile. So far, the service only supports Google Pixel 3 and 3a devices, but other Android and iOS platforms will be added later.

The resolution will also vary depending on the connection speed. 4K streaming, available through Stadia Pro, will require at least 35 Mbps. At 10 Mbps, Stadia will automatically scale the resolution down to 720p. 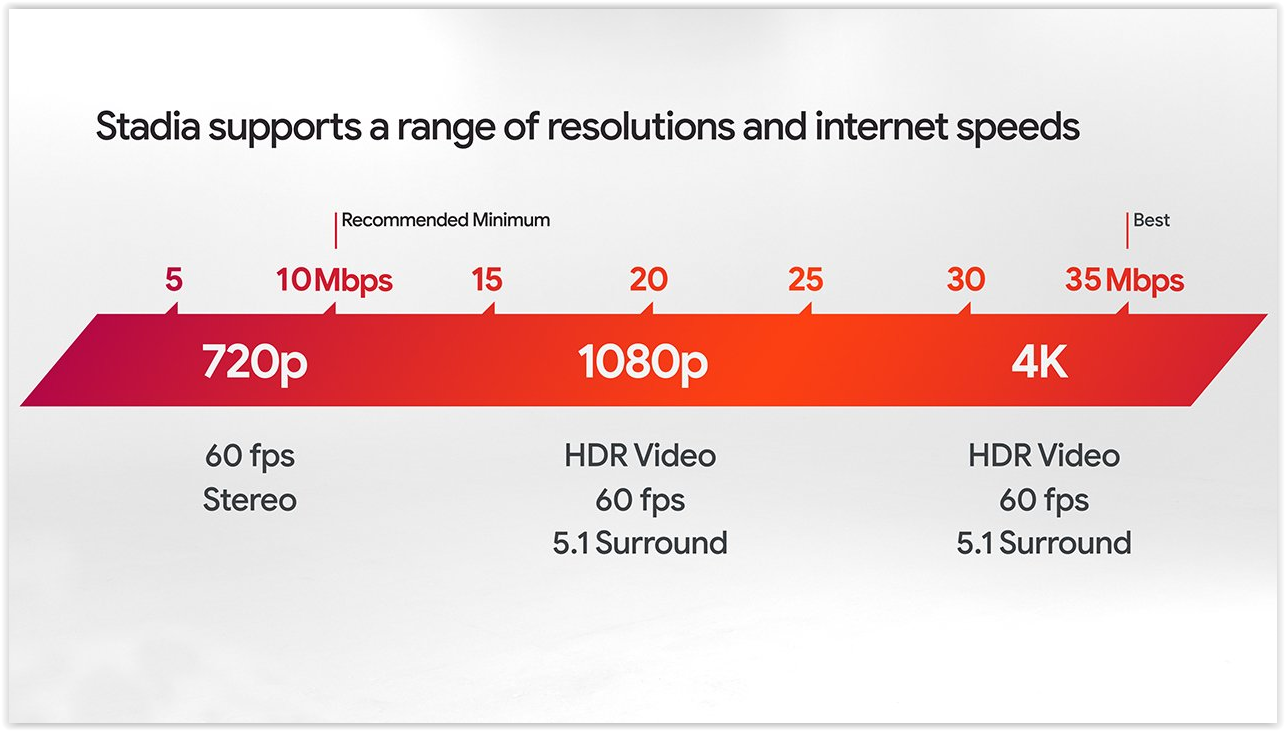 Stadia controllers will cost $69, but the platform supports other types of controllers, as well as mouse and keyboard. 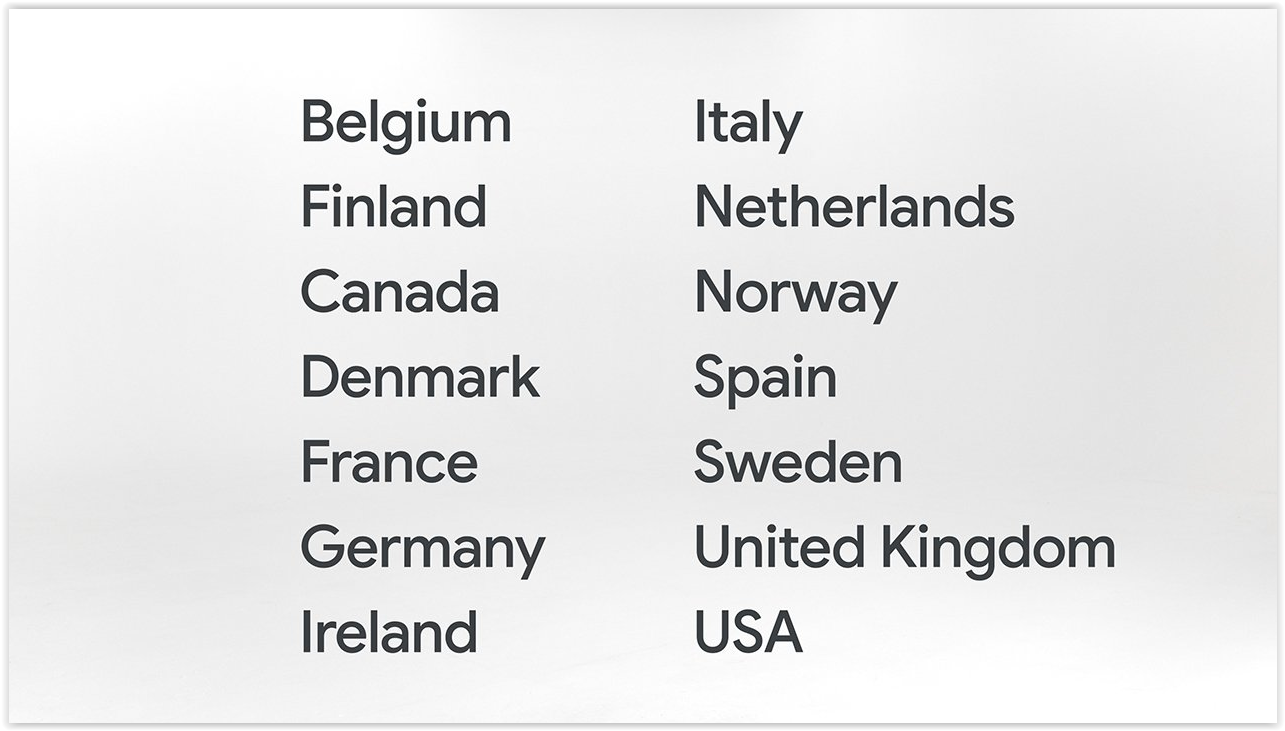 The lineup of games so far includes 28 titles. Among them are Baldur’s Gate 3, Ghost Recon: Breakout, Destiny 2, Doom Eternal, The Division 2, and Metro Exodus.