Chris Zukowski: Steam can only promote up to around 500 indie games per year
30.01
Wargaming top manager called a terrorist by KGB Belarus
30.01
AI USE CASE: How a mobile game development studio saved $70K in expenses
27.01
Sensor Tower: Subway Surfers was most downloaded game in Q4 2022, but the Stumble Guys showed fastest growth
26.01
The Day Before loses its page on Steam. Developer cites trademark complaint
25.01
125 games industry professionals from 85 companies attended WN Connect business event in Belgrad
24.01
Blizzard caught up in scandal. Again. This time it is all about ranking its employees
24.01
Cyberpunk 2077 quest director Paweł Sasko on game’s non-linearity: “Players expected more because of the fact how The Witcher 3 is built”
23.01
Key success factors for ZERO Sievert, top-down extraction shooter that generated over $1 million in its first week
23.01
Dragon Age: Dreadwolf production director Mac Walters leaves BioWare after almost 20 years
23.01
All news
Industry News 27.04.2022 14:41

The Finnish studio Fingersoft has announced that its Hill Climb Racing series has reached two major milestones. The mobile franchise has now generated over €180 million on iOS and Android. 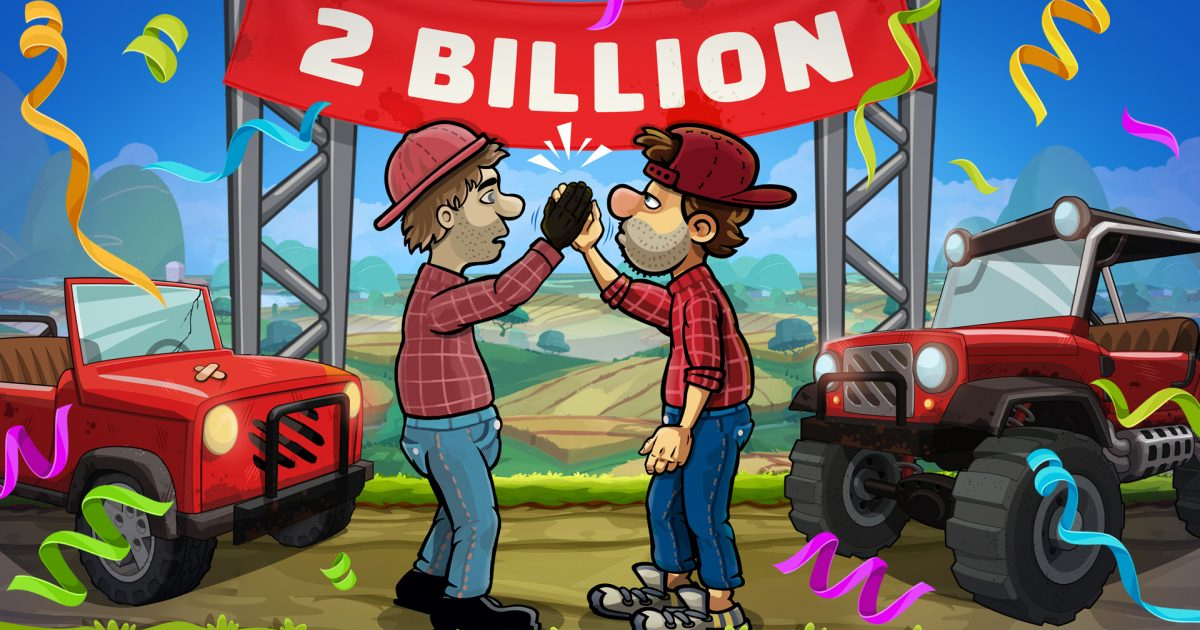 The Hill Climb Racing series, which consists of two main games and a Chinese Android version, has also reached more than 2 billion downloads across platforms.

“[It] seems the charm of Hill Climb Racing shows no signs of fading, and out of the 2 billion installs more than 1.5 billion have been for Hill Climb Racing alone,” Fingersoft CEO Jaakko Kylmäoja said in a statement. “Last year the original Hill Climb Racing gained over 220 million new players, and was played by over 4 million users per day on average.”

As for Hill Climb Racing 2, the game attracted around 70 million new players in 2021, with 1.35 million DAU. The Chinese version has also generated over 500 million installs to date.

Fingersoft’s franchise hit the previous milestone in 2018, reaching 1 billion downloads on iOS and Android. It means that the series has doubled its installs in four years.

Founded in 2012 by Toni Fingerroos, Fingersoft started as a one-man studio. The company has grown ever since, with a total headcount of 100 employees now.