WN Conference coming to Berlin after 2-year hiatus with talks from SEGA, Ubisoft, and Newzoo

WN Berlin’22, the first in the series of events by WN Conference planned for 2022, will take place on February 7-8. It will feature both online and offline parts, with the program having been already announced. 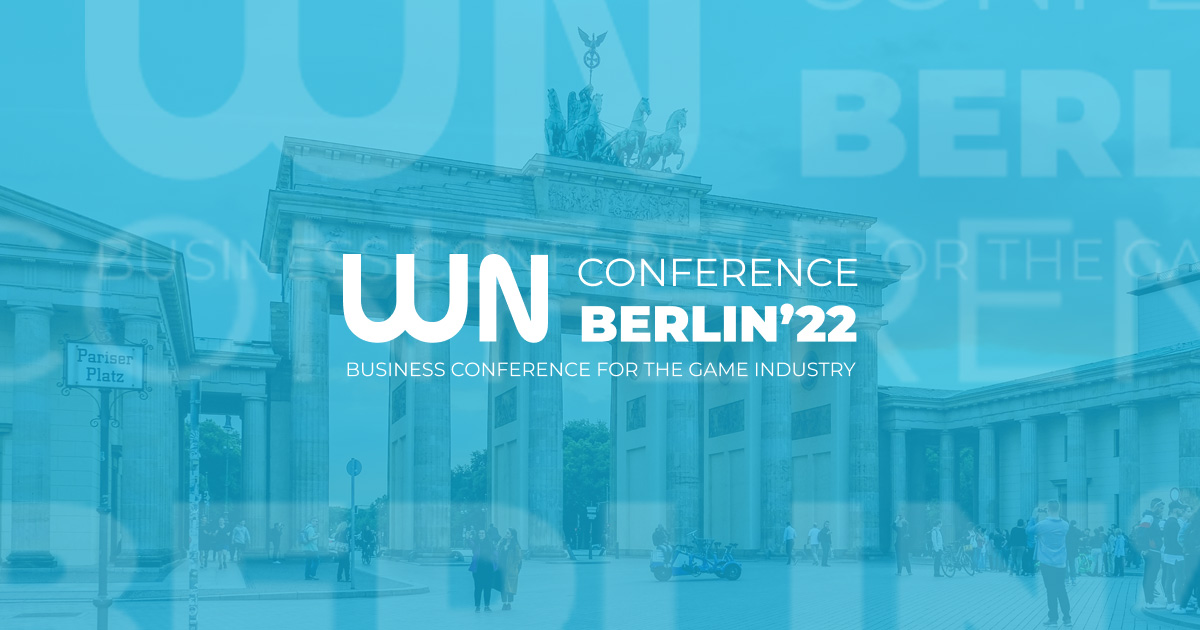 WN Conference was last held in Berlin in February 2019, long before the pandemic began. The on-site event was then visited by 1400 people.

As for WN Berlin’22, organizers expect around 800 people to visit the offline event, with 1000 more participants attending it via the WN Hub, a digital online platform for developers and other games industry specialists.

More than 40 speakers from companies like Newzoo, SEGA, Gamigo, Ubisoft, and Bigpoint will take part in the conference. Here are some of the most intriguing talks announced for WN Berlin’22:

In this talk, professor Andrew Sokolov will discuss how Goodville blends game development with neurophysiology and psychiatry to not just entertain, but actively maintain players’ emotional well-being.

This panel discussion will explore standards for devs to adhere to and mistakes to avoid when positioning their game. You will walk away from this knowing how to turn your creative vision into a business proposal publishers will want to sign.

As games are being increasingly viewed as the expression of ideology by the Chinese regulators, navigating the country’s licensing rules is becoming a hardcore game in and of itself. Likewise, Chinese gaming companies are facing resistance and tough competition in the Western markets. Bigpoint’s Michelle Zou will walk you through the pain points existing in that space and, better yet, offer tips on how to make cooperation work.

It’s a hit-driven business, and all too often it’s a “you win or you die” type of situation for devs. AppQuantum’s Victoria Beliaeva believes it doesn’t have to be so dire. In her talk, she’ll discuss how devs can sign a good deal with a publisher even if their game doesn’t smash the ball out of the park right away.

WN Berlin’22 will also feature a large exhibition area, where visitors will be able to speak with Appodeal, Yandex Ads, Moloco, Liftoff, GameRefinery, AppsFlyer, Xsolla, and other companies.

On top of that, there will be a special showcase where small studios and indie developers will present their games. The registration is open until January 26.

Tickets for WN Berlin’22 can be bought here.