Chris Zukowski: Steam can only promote up to around 500 indie games per year
30.01
Wargaming top manager called a terrorist by KGB Belarus
30.01
AI USE CASE: How a mobile game development studio saved $70K in expenses
27.01
Sensor Tower: Subway Surfers was most downloaded game in Q4 2022, but the Stumble Guys showed fastest growth
26.01
The Day Before loses its page on Steam. Developer cites trademark complaint
25.01
125 games industry professionals from 85 companies attended WN Connect business event in Belgrad
24.01
Blizzard caught up in scandal. Again. This time it is all about ranking its employees
24.01
Cyberpunk 2077 quest director Paweł Sasko on game’s non-linearity: “Players expected more because of the fact how The Witcher 3 is built”
23.01
Key success factors for ZERO Sievert, top-down extraction shooter that generated over $1 million in its first week
23.01
Dragon Age: Dreadwolf production director Mac Walters leaves BioWare after almost 20 years
23.01
All news
Industry News 24.11.2021 18:16

Pfizer has launched a new campaign in Brazil to promote vaccination among young people. Players can take part in a special mission in GTA RolePlay, a modified version of the game, and get vaccinated in real life. 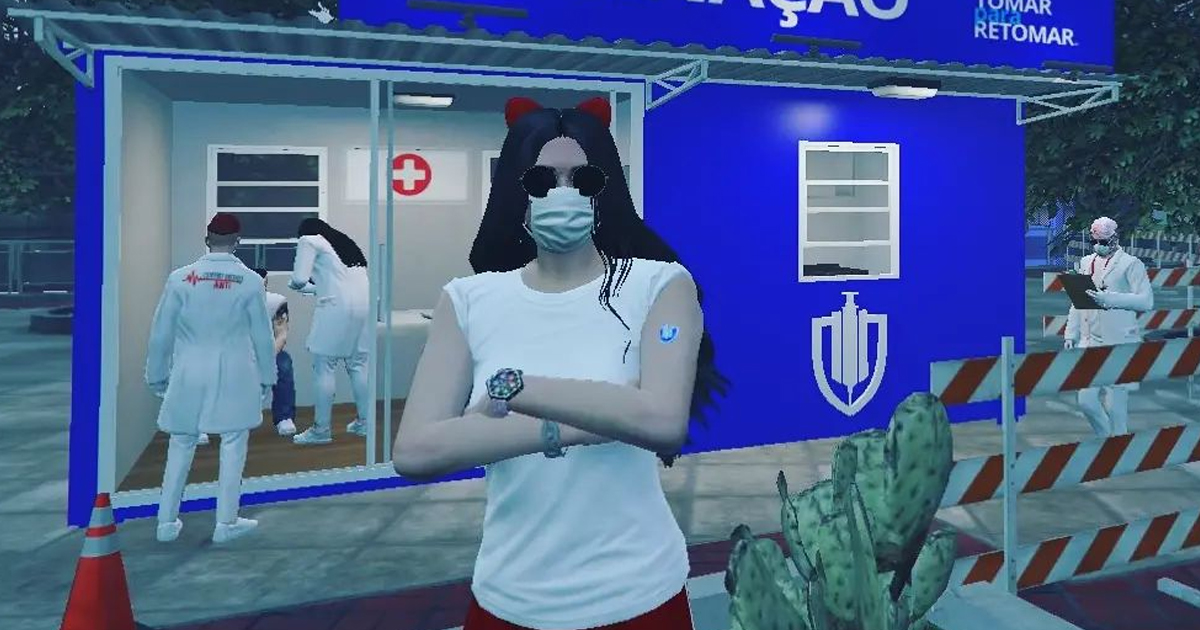 The initiative was launched by Pfizer Brazil on Cidade Alta, one of the most popular role-playing servers for GTA V in Latin America.

The company urged players to take part in special challenge #InGameVaccine, AdAge reported. Gamers can get their in-game characters vaccinated and get a special blue bandage if they received at least one dose of any COVID-19 vaccine in real life.

“With a daily audience of more than 6 million combined views on various platforms, we are committed to bringing not only entertainment, but knowledge and awareness to those who watch our creators and streamers or play on our platform,” said Paulo Benetti, CEO of Outplay, which owns the Cidade Alta server.

A few popular Brazilian streamers also took part in the campaign, including Taspio, Piuzinho, and Babi.

Pfizer Brazil turns to Grand Theft Auto RolePlay #GTARP for the first-ever Covid-19 vaccination that protects players in both real-life & the game. #InGameVaccine

The initiative was also supported by Ogilvy Brazil. The company said that this campaign communicates directly with Gen Z and should raise awareness among young people and encourage them to get vaccinated.