Chris Zukowski: Steam can only promote up to around 500 indie games per year
30.01
Wargaming top manager called a terrorist by KGB Belarus
30.01
AI USE CASE: How a mobile game development studio saved $70K in expenses
27.01
Sensor Tower: Subway Surfers was most downloaded game in Q4 2022, but the Stumble Guys showed fastest growth
26.01
The Day Before loses its page on Steam. Developer cites trademark complaint
25.01
125 games industry professionals from 85 companies attended WN Connect business event in Belgrad
24.01
Blizzard caught up in scandal. Again. This time it is all about ranking its employees
24.01
Cyberpunk 2077 quest director Paweł Sasko on game’s non-linearity: “Players expected more because of the fact how The Witcher 3 is built”
23.01
Key success factors for ZERO Sievert, top-down extraction shooter that generated over $1 million in its first week
23.01
Dragon Age: Dreadwolf production director Mac Walters leaves BioWare after almost 20 years
23.01
All news
Industry News 03.11.2021 17:32

Netflix has started to roll out games on its mobile app. Starting November 3, Android users will be able to download and play five titles with no ads or in-app purchases. 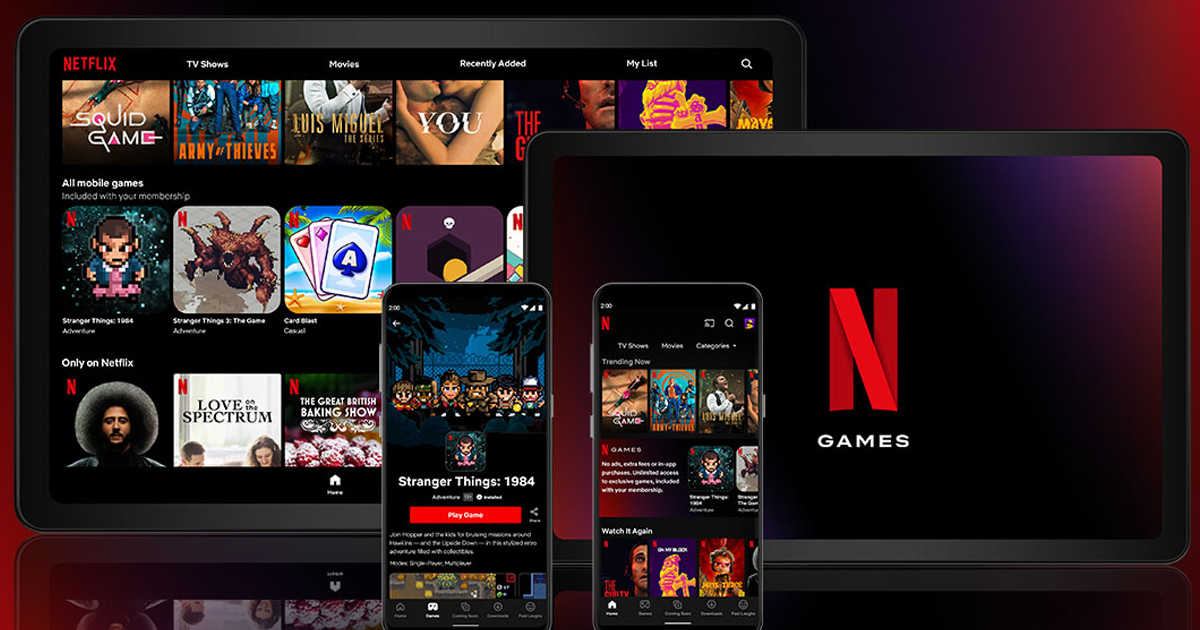 “It’s early days, but we’re excited to start bringing you exclusive games, with no ads, no additional fees and no in-app purchases,” Netflix said in a statement yesterday.

The company will add a new games tab to its official app. Users will be able to select a title from a list and download it through their device’s app store. Netflix offers five games at launch: Stranger Things: 1984, Stranger Things 3, Shooting Hoops, Card Blast, and Teeter Up.

These titles will only be available on Android first, with the new functionality coming to iOS in the near future.

Tomorrow, Netflix Games will start rolling out on the Netflix mobile app. First on Android, with iOS on the way.

It’s early days, but we’re excited to start bringing you exclusive games, with no ads, no additional fees and no in-app purchases. pic.twitter.com/ofNGF4b8At

Netflix first revealed its gaming ambitions in July, saying it plans to focus on mobile titles and hiring former EA executive Mike Verdu as president of game development. In August, the company started to test new features in Poland, where users had a chance to play two Stranger Things titles.

Netflix is now also exploring other areas of the games industry. In September, it acquired Night School Studio, a team behind supernatural thriller Oxenfree.